There are sequences of DNA that have control over increasing or decreasing the expression of certain genes in the organism; essentially, they can turn a gene "on" or "off." These sequences are known as “regulatory sequences,” and they interact with proteins to do so. The genes that are expressed determine the phenotypes of the cell and/or organism. There are also different levels of expression that can affect this.

DNA can be modified to change what will and will not be expressed as well. These changes are called “epigenetic” changes and are often reversible. Gene regulation occurs in both eukaryotes and prokaryotes, though the groups of genes that are regulated are different.

Prokaryotes utilize operons to regulate gene expression. An operon is a cluster of genes with a single promoter. Lac operons, which are present in E. coli cells, are a good example of inducible operons. Inducible operons allow the expression of the gene by default and only turn off when the protein it creates is no longer needed. When the protein is needed again, it turns back on and continues to express the gene. 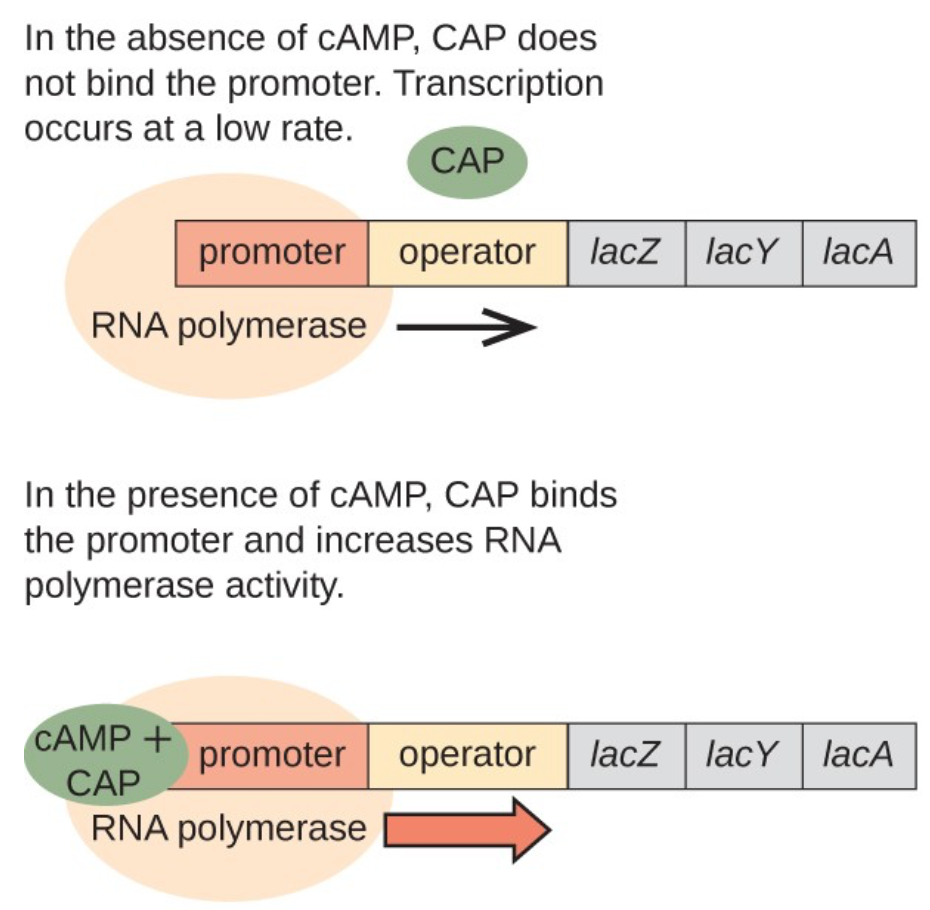 Trp operons are also found in E. Coli, but they are repressible operons. This means they only turn on when needed (instead of the expression as default). When the repressor is bound to tryptophan, it blocks the expression of the operon. It is only turned on when the trp levels are low. When the repressor is not bound, the operon works very similarly to the lac operon described above. There is a promoter, operator, and various genes that are transcribed as a single mRNA. 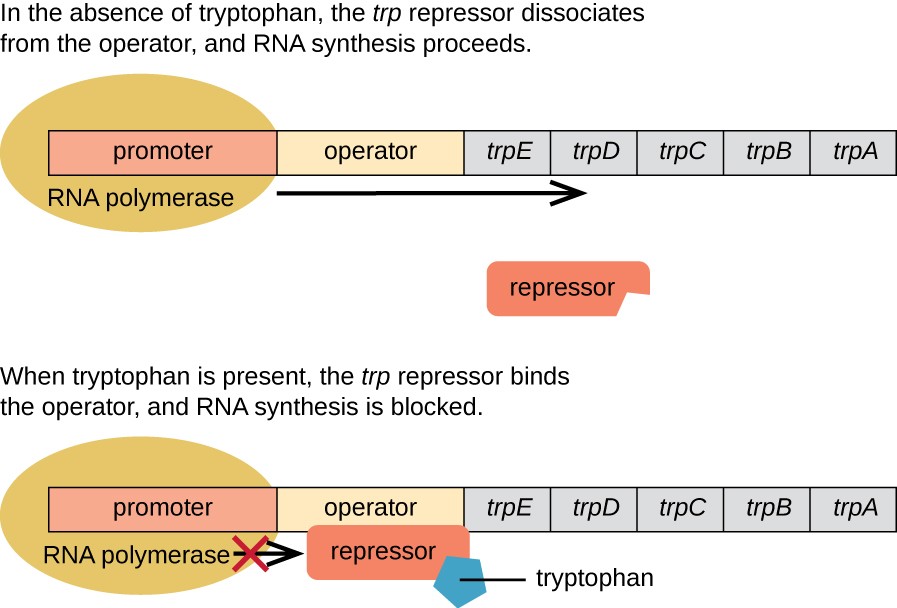