When we relate various keys to one another, there are several different relationships that we look for.

We already talked about relative key relationships in Unit 2.1 <hyperlink to 2.1> but there are several others that will help us identify how and why one musical piece can shift between several keys.

Parallel key: a key that shares the same tonic as the original, but has a different key signature. Below is d minor on the left and D major on the right.

There are three major ways to discover closely related keys.

A key that is next to another on the circle can show us whether a key is closely related or not.

There are 5 closely related keys for each key signature. Look down at the key of A Major. Let's find all 5! 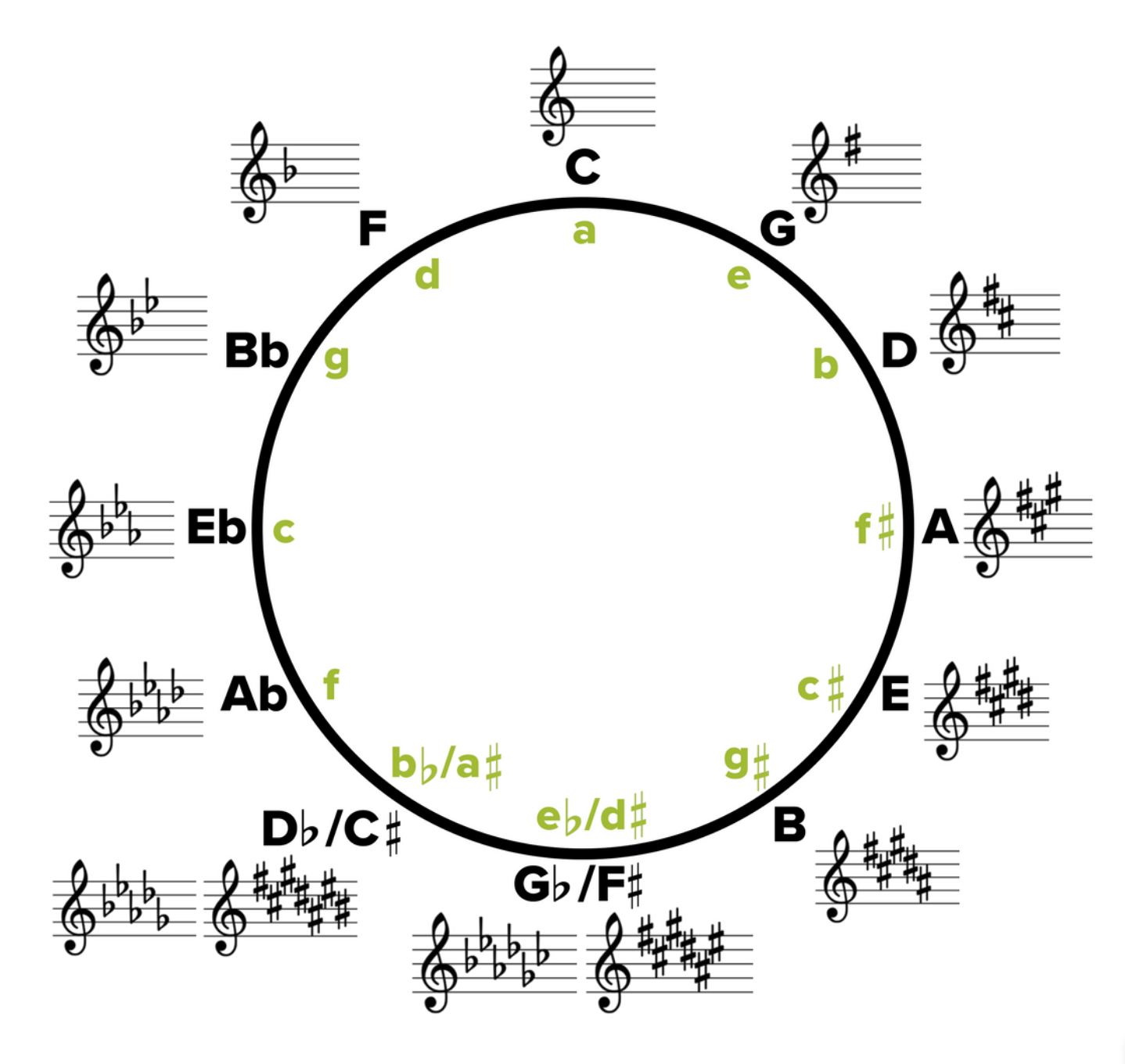 The second way to think about closely related keys is the following:

In the example we used before, A Major has three sharps, D Major has two, and E Major has four.

The last way to find closely related keys is by scale degrees.

By building keys off of every note in the scale (except from the 7th scale degree), you can find your closely related keys. Let's take an example in the key of C minor. 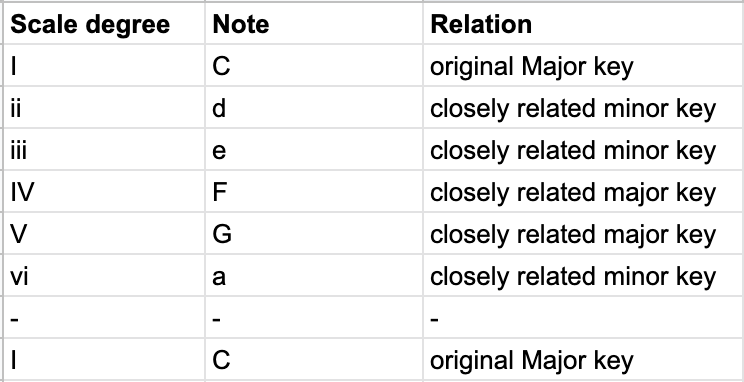 As for the distantly related keys, if they don't fall into being closely related, then you've found them! They would be considered to be located further away on the circle of fifths.

🦜 Polly wants a progress tracker: Which keys are closely related to F# Major? Which are distantly related to Bb minor?