When talking about rhythm, there are some terms that can help us describe specific features in music.

For example, when we talk about syncopation, we are hearing the disruption of the established beat. If the main beats are on 1, 2, 3 or 4, syncopation might be a 16th note ahead of each of those beats.

Polyrhythm: if you see two different rhythms playing at the same time, but they don't seem to be rhythmically based on one another, you've found a polyrhythm. The example below is a common occurrence in music, and it requires extra dexterity if you were to play this example as a pianist, harpist, or percussionist! 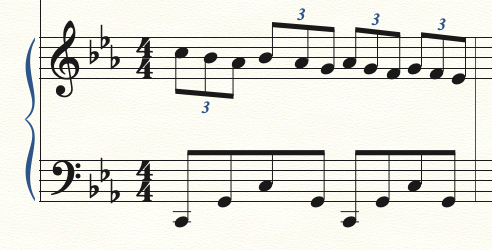 An agogic accent is a note that naturally receives more emphasis due to its extended duration, or accents that are placed in an unnatural flow of the established meter. For example, in a 4/4 measure, an accent placed on beat 4 would be an agogic accent.

An anacrusis is the same thing as a pickup. It refers to the notes that start a phrase before the first downbeat.

A fermata is a symbol placed over a note or rest that indicates that is it to be held longer than its normal duration. 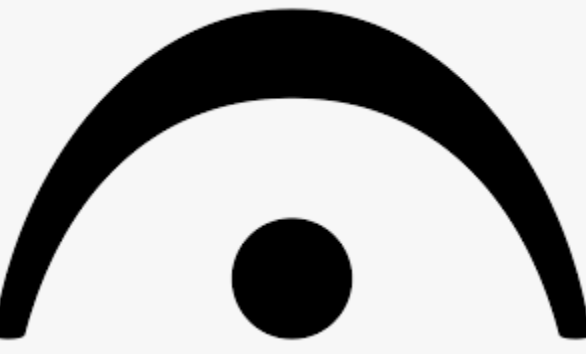 We have seen triplets and duplets before, but what is also possible is for triplets to be held in duration over several quarter notes or a whole measure.

Beyond 16th notes, we can even divide a beat into quintuplets or septuplets!

When examining types of meter in music, we may come across meters such as 5/8 or 7/8. The subdivisions of these meters are not symmetrical, meaning we count them in groups of either two or three groups of 8th notes. In 5/8 meter, we can have either a two-three or three-two pulse. In 7/8, we could feel the pulse in two-three-two, two-two-three, or three-two-two. These are examples of asymmetrical or irregular meter.

Sometimes, music may use time signatures that shift often, such as a measure of 3/4 followed by a measure of 2/4. This is known as changing or mixed meter.

🦜 Polly wants a progress tracker: What are the ways to subdivide a piece in 5/4 time? Does it makes a different if the tempo were allegro versus largo?