The cadential 6/4 precedes the dominant, often at a cadence. Although it contains the notes of the tonic triad, it does not exercise a tonic function but serves as an embellishment of the dominant. It occurs in a metrically stronger position so that the dominant chord, and upper voices, must often move by step to the tones of the dominant. It may be notated as v6/4-53.

So far you have learned different ways you can expand the predominant function, both in major and minor keys, and you have realized that other chords like iii or VI may lose their function and work in a different way. For example, IV can serve as a predominant but also as an extension of the tonic. 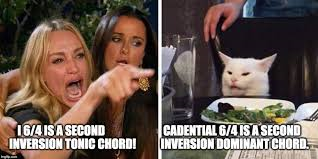 The cadential 6/4 is used as a brief expansion of the dominant area. The cadential 6/4 has a dominant function, even though it is built with notes of the tonic triad. The harmonic function of a chord change, especially when notes are being doubled.

The cadential 6/4 chord is the only second inversion chord found on a strong beat. I6/4 prolongs the dominant function. The bass (scale degree 5) is doubled, which confirms its function of prolonging the dominant. This is the most common cadence. (I6/4- V-I.) 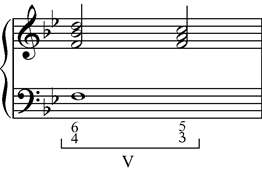 ALWAYS DOUBLE THE ROOT ON A CADENTIAL 6/4.

Key Concepts to write a cadential 6/4: 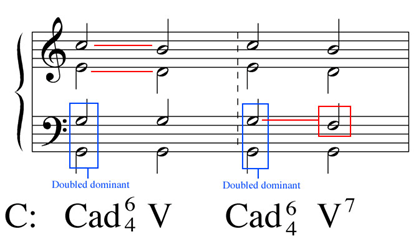 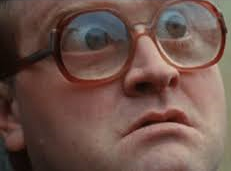