2.8 The Effects of Government Intervention in Markets

2.8: The Effects of Government Intervention in Markets

A price ceiling is a type of government intervention that is used when the government determines that the price of a good or service is too expensive for buyers/consumers. For a price ceiling to be effective, or binding, it must be located BELOW the equilibrium price. At the lower price, the quantity demanded will increase and the quantity supplied will decrease, resulting in a market shortage. A very common example of a price ceiling is rent controls. These are price limits placed on a particular type of housing (i.e. apartments, condos, etc.) in particular areas to prevent landlords from drastically increasing rent. Another example is taxi fares. In some major cities like Washington D.C. and New York City, there are maximum fare limits placed.

A price floor is a type of government intervention that is used when the government determines that the price of a good or service is too low for firms to earn a profit. For a price floor to be effective, or binding, it must be ABOVE the equilibrium price. At the higher price, the quantity demanded will decrease and the quantity supplied will increase, resulting in a market surplus. The best example of a price floor is minimum wage. In the United States, the minimum wage varies throughout the country, and prevents employers from paying too little for their employees' labor.

A subsidy is a government intervention that acts as a grant to producers in an effort to encourage the production of a good or service. The government uses these payments to encourage the production of goods or services that they see as a need for consumers or important to society. A subsidy causes the supply curve to shift right, decreasing equilibrium price, and increasing equilibrium quantity. An example of a government subsidy is wind farms. Wind farms produce clean, renewable energy, but they are expensive for firms to produce. Government subsidies allow these companies to continue. 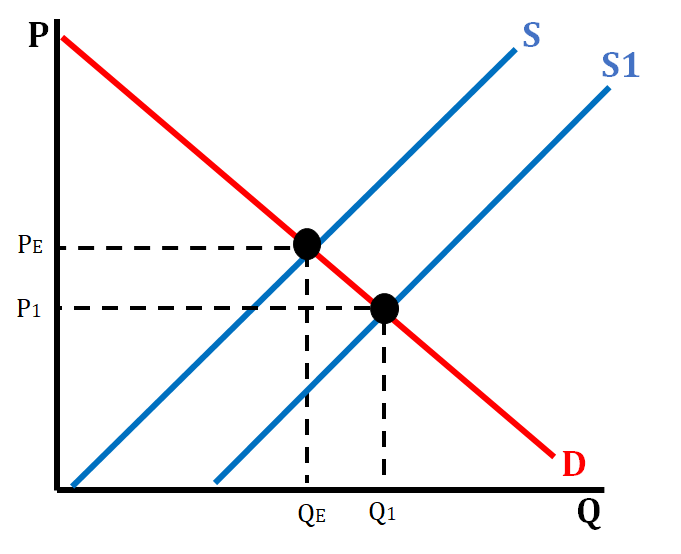 An excise tax is government intervention that is a per-unit duty that is levied on specific products with the goal of decreasing the production of the good or service. These are used on goods and services that have a negative effect on society. An example would be the excise tax placed on cigarettes. This tax increases cigarette prices, making less consumers purchase them, but also reduces profits for producers, making them less willing to produce as much.

💡Not all taxes (and subsidies) are the same! Excise taxes are per-unit, which means that for each unit of the good or service produced, a tax is placed on it (i.e. $0.50 tax placed on each pack of cigarettes produced). AP exams will also talk about lump-sum taxes, which means that the firm has to pay a set amount (i.e. paying $10,000 to produce alcohol for a year). 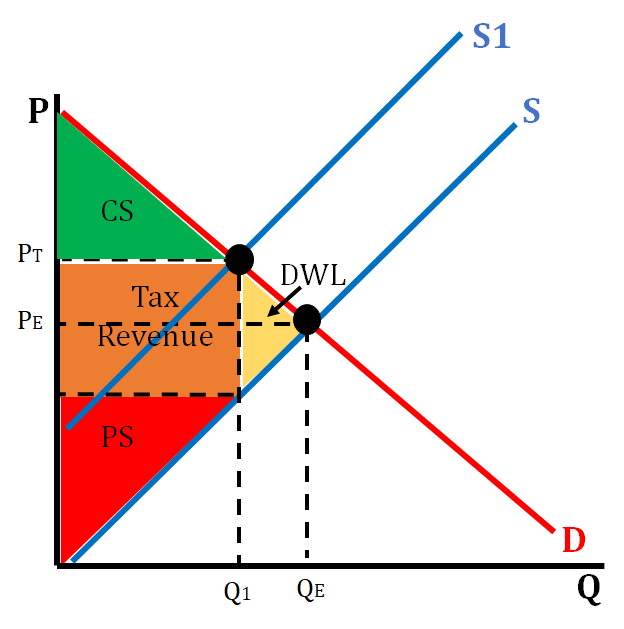 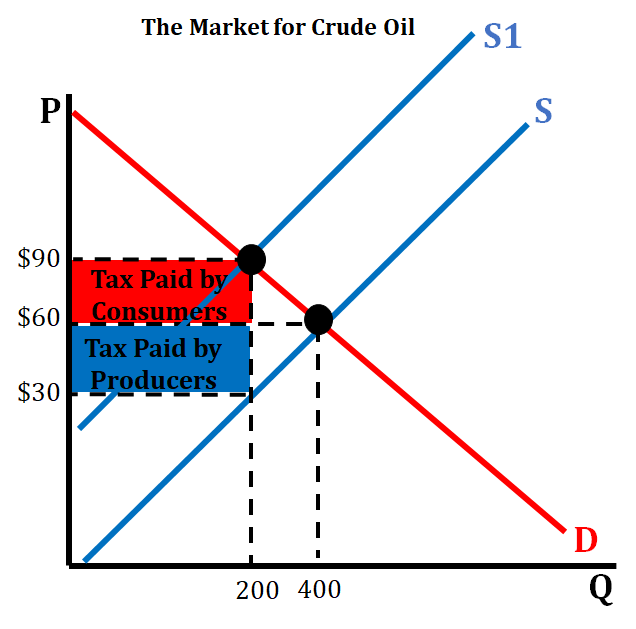 When both demand and supply are relatively elastic then the value of the tax will be evenly split between consumers and producers. 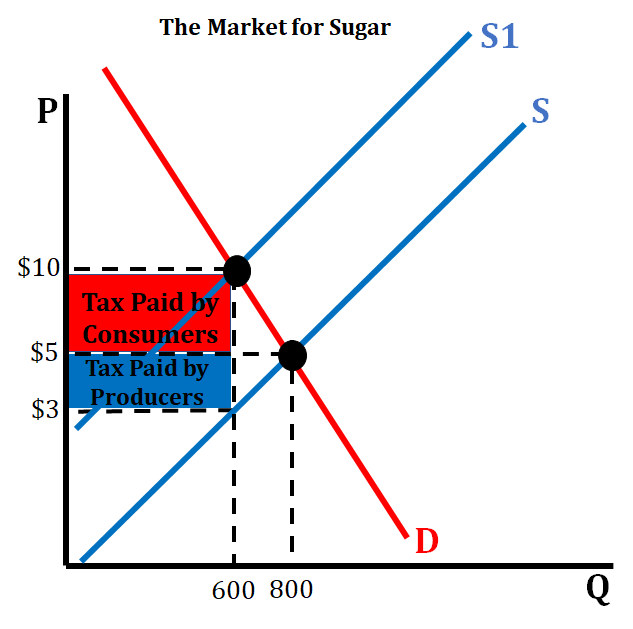 When demand is more inelastic than supply, then consumers will bear more of the burden of the tax than producers. 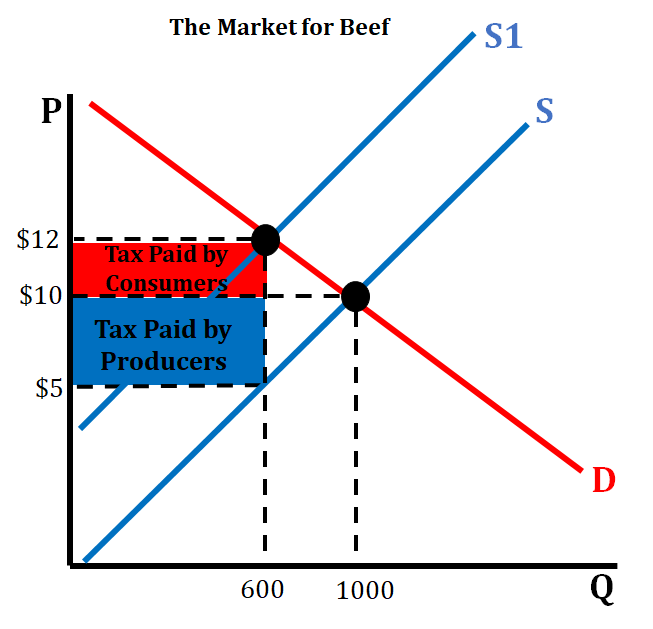 When demand is more elastic than supply, then consumers will bear less of the burden of the tax than producers.