Gravitation may be the last and shortest unit, but you can see the applications of everything you've learned so far in this unit! From momentum to energy to forces, everything has accumulated to this point.

Unit 5 will cover approximately 6%-14% of the exam and should take around 5 to 10, 45-minute class periods to cover. The AP Classroom personal progress check has 10 multiple choice questions and 1 free response question for you to practice on.

You can see the equation form of the law below:

Essentially, this law is an extension of Newton's Third Law in which every action has an equal and opposite reaction.

Here's a diagram that illustrates the law: 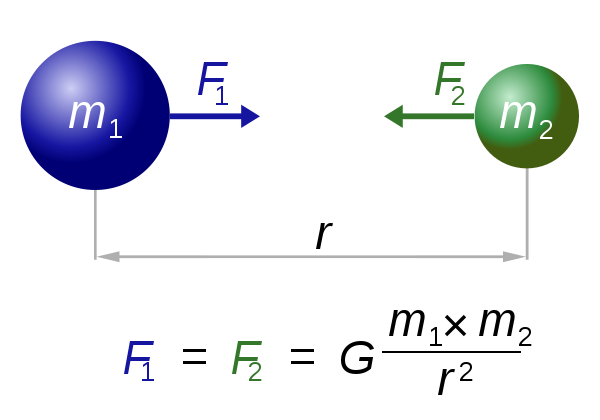 Now, we can use this equation to find the acceleration due to gravity on an object!

If object is on/near earth's surface:

g is the acceleration due to gravity and we can cancel out the mass, therefore:

Additionally, it should be noted that gravity is a conservative force, meaning that its path is independent of it and the total work on a closed path is zero. Note that work done by a conservative force is equal to the negative change in potential energy. However, it is not uniform!

This might be intuitive to some, but the further away the object is, the weaker the gravitational force acting on it from the other object will be. You can see this below: 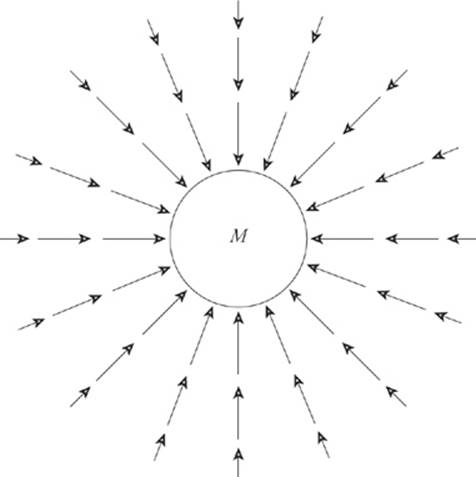