5.4 Angular Momentum and Its Conservation 🛰️

5.4: Angular Momentum and Its Conservation 🛰️

Conservation of Angular Momentum: Angular momentum of a system is conserved unless there is an outside torque acting on the system. 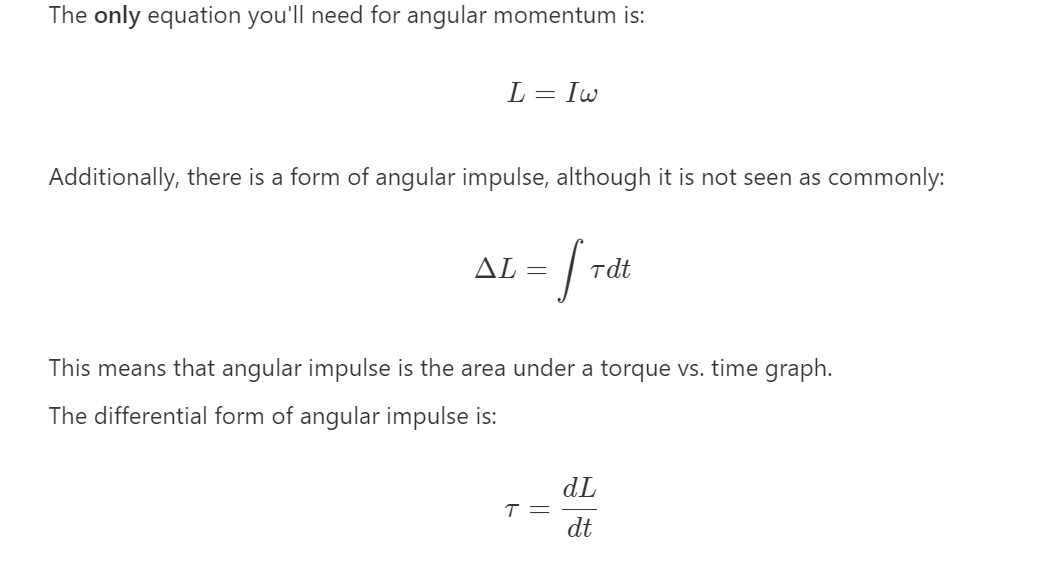 Which means that torque is the slope of an angular momentum vs. time graph!

⚠️ Common misconception: You cannot just multiply r by translational momentum to change it to angular!! L does not equal mvr for anything other than a point/particle!

This situation is extremely similar to pool ball scenarios we've seen in the past with linear momentum, however, we typically considered those pool balls as a particle/point in space. Disks have some rotational inertia so they can apply torque on each other. However, it is important to remember that angular momentum is conserved because these torques are inside the system!

Here's an example of a disk collision below: 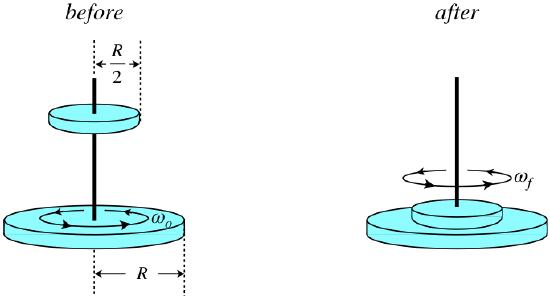 A ballistic pendulum typically refers to a bullet/particle-like object shot at a physical pendulum, like a rod. You can see an example of the scenario below: 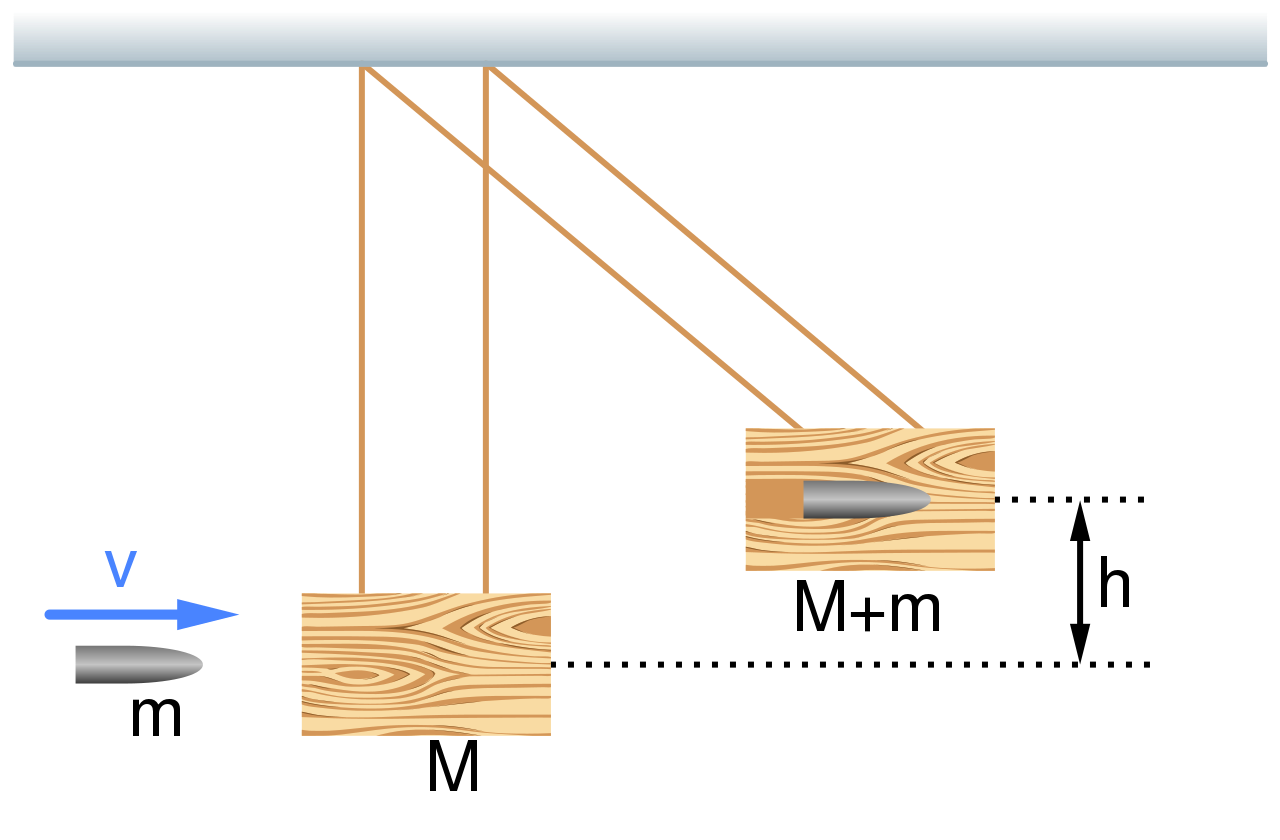 Typically it can be solved with a combination of conservation of energy and momentum! When the pendulum has some rotational inertia, we have to use conservation angular momentum for the bullet-pendulum system.

We'll cover this situation in Unit 7, but just know it exists! 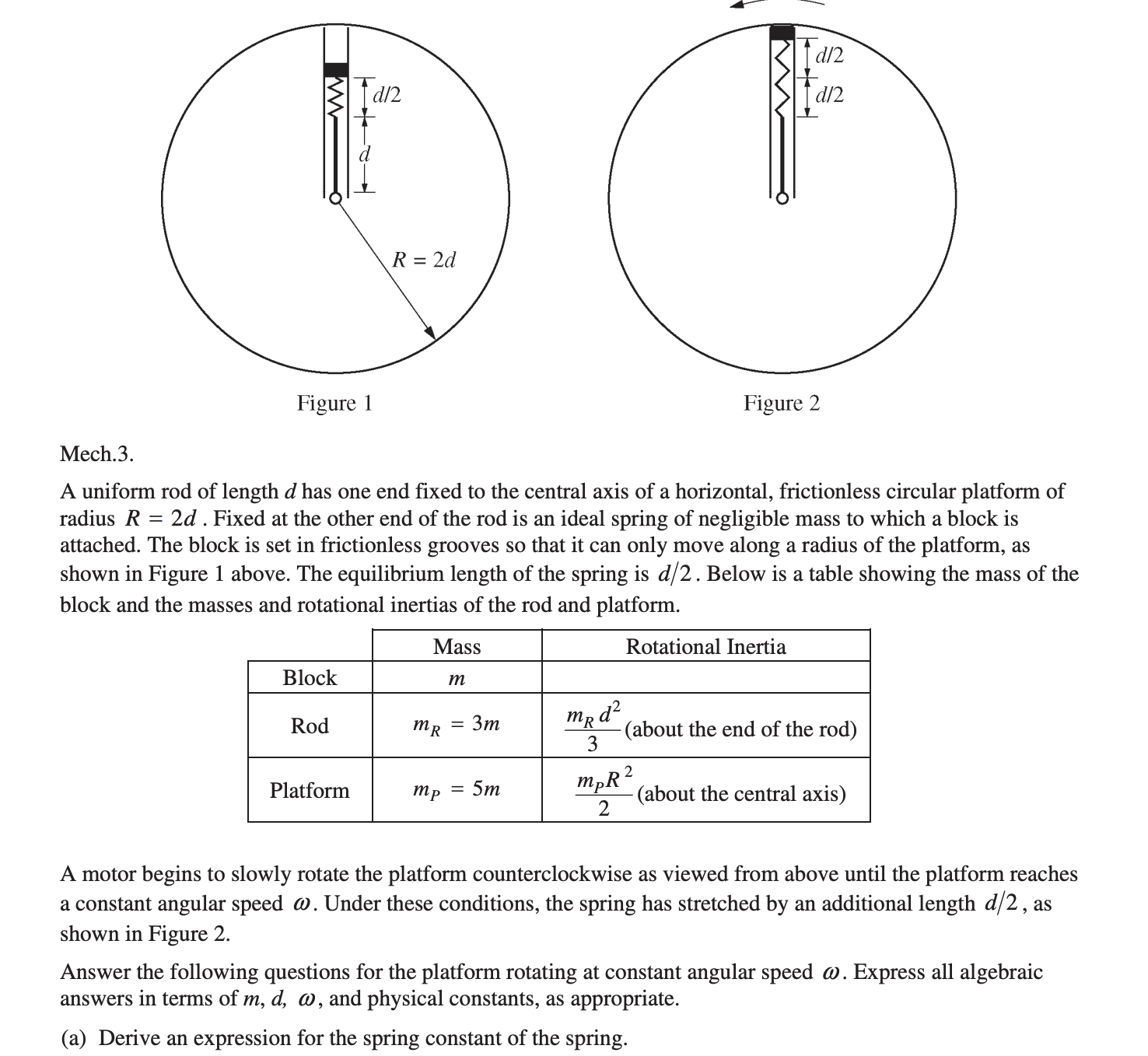 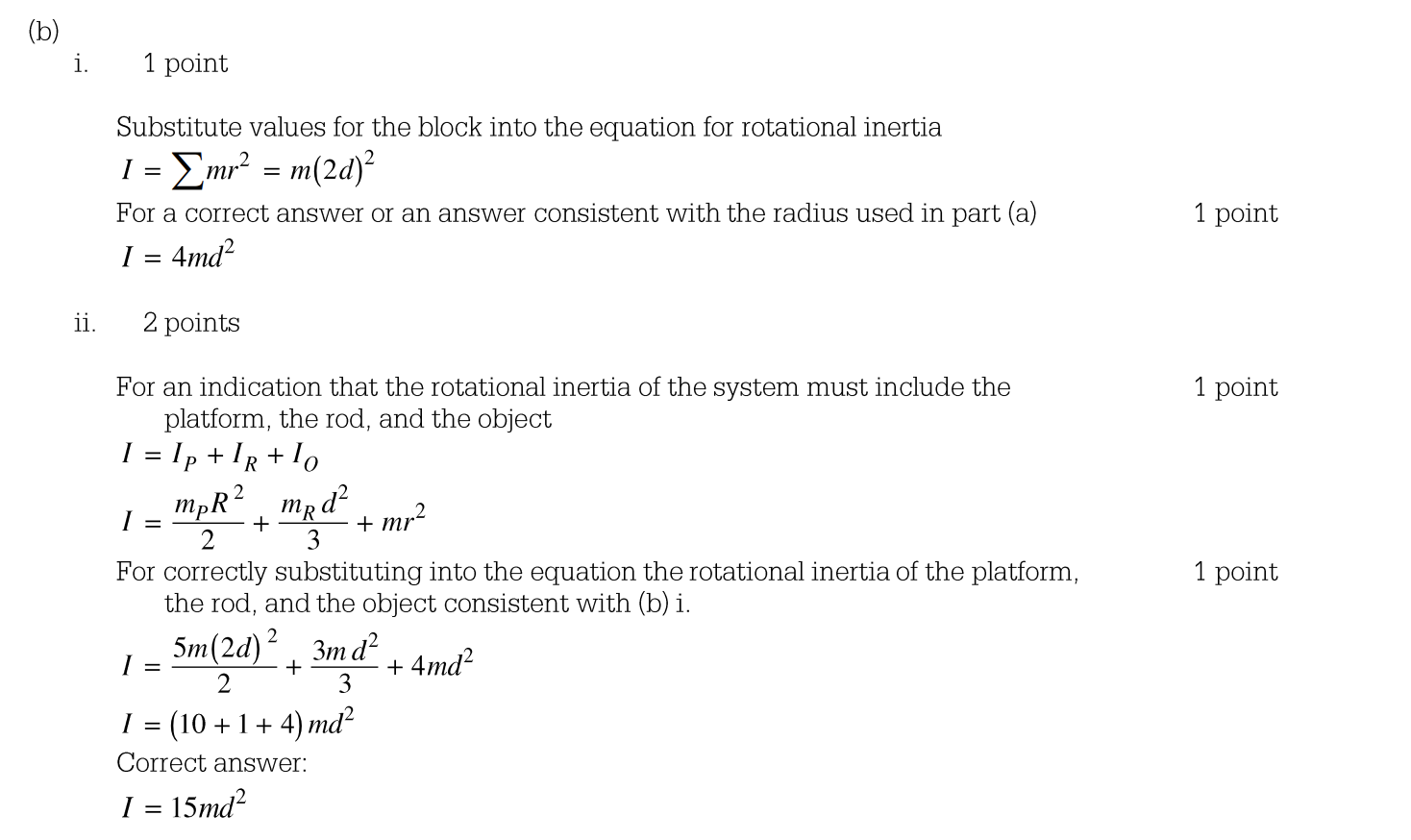