International trade allows all countries around the world to expand their markets and makes goods and services available to their population that might not be available domestically. International trade increases the variety of goods and services available to the population while creating a sense of competition, which in turn lowers prices for consumers. Public policy is just simply the laws and regulations that govern economic activity. There are many trade agreements in place to govern international trade, such as NAFTA (North American Free Trade Agreement) and ASEAN (Association of Southeast Asian Nations). For example, in the United States, our largest trading partners are China, Canada, and Mexico. We participate in international trade because it is cheaper for us to trade for the goods than to produce them domestically (i.e. shoes, clothing, electronics).

A quota is a government-imposed limit on production levels. This means that it limits the amount of a particular good that can come into a country from somewhere else. Quotas are used as a trade barrier in an effort to protect the domestic industries that produce similar goods.

On the graph below, we see what a graph of a tariff looks at. The green triangle is consumer surplus, the yellow shaded area is producer surplus and the orange triangle is deadweight loss. P_E and Q_E​﻿ are the equilibrium price and quantity, respectively, before the quota. Q_Q is the quota limit on how much of the good can come into the country. P_Q is the price of the good when the quota is in effect. 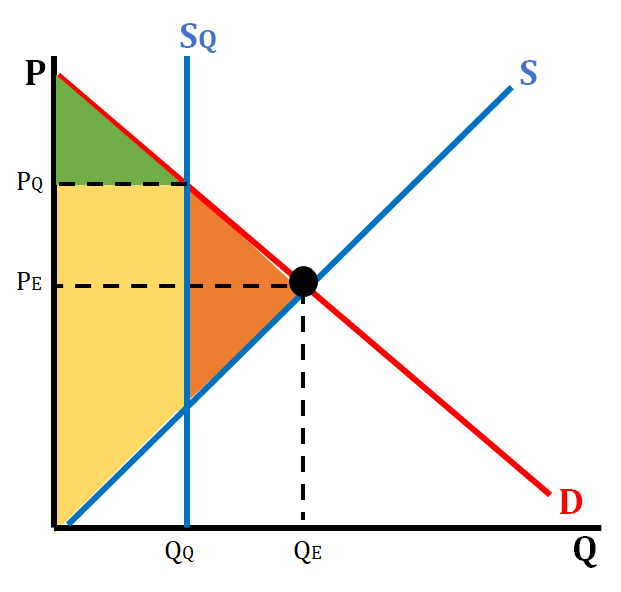 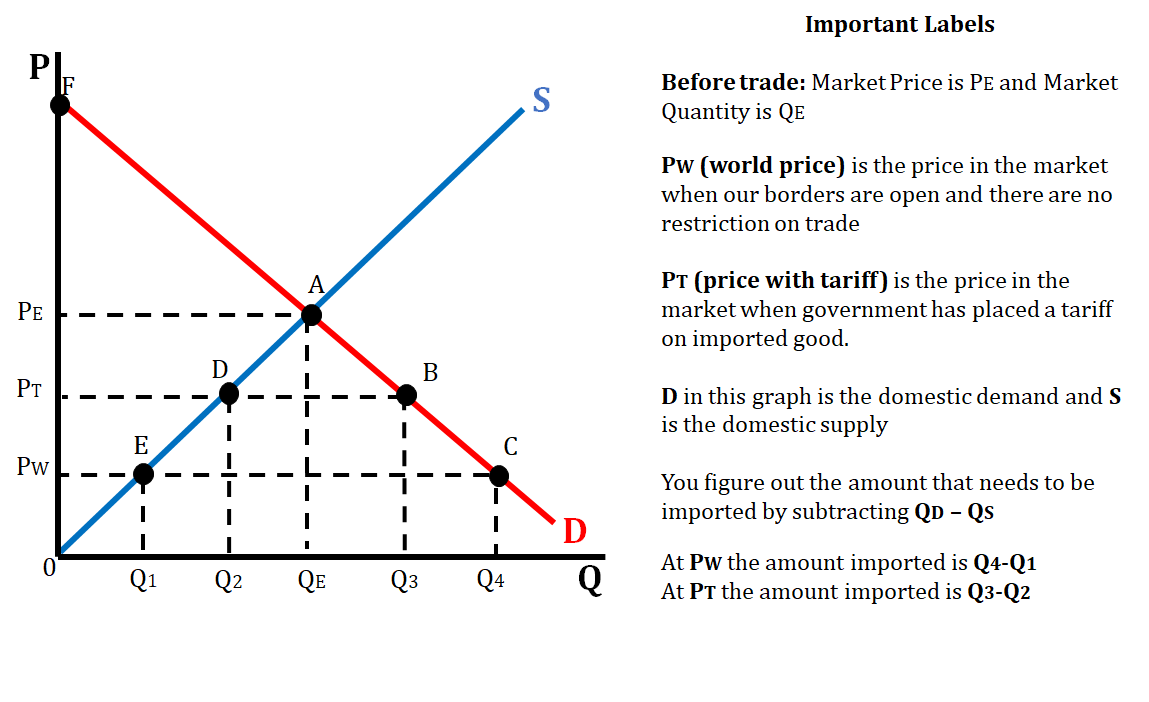