Join us on May 2, 2021 for the 🌶️ AP US Government Cram Finale for a last minute review to get all your questions answered!

It’s very likely that you’re coming into AP United States Government and Politics or AP Comparative Government and Politics with some idea of how to write an FRQ (it stands for Free Response Question, by the way). Maybe you did it in WHAP or APUSH, but the AP GOPO FRQ 1 is a bit different.
It’s focused more on analyzing a situation and less on explaining what happened at some point in history. It’ll make more sense when you see it broken down, so let’s get to it! 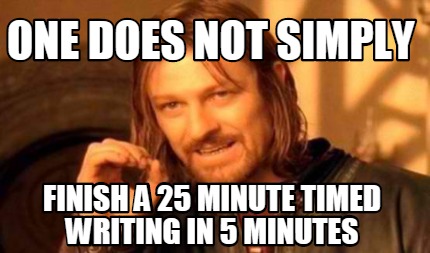 I honestly don’t even think that’s possible.
The best way to cut down the time it takes you on these questions is to make sure you know how to apply the concepts you’ve learned in class to whatever situation you’re given and to do practice FRQs.
That way, you can get these skills down to muscle-memory and not be too stressed when you get to test day!

You’re going to be given a situation, and, yeah, that’s kinda vague. Keep reading, though.
It means that the situation you’re given is kind of a problem. The situation is going to be a political one, whether it be process or institution. It’s going to be realistic, so don’t worry about needing to figure out some completely out-of-the-blue scenario.
There’s three parts to the first FRQ.
In the three parts, you could be asked to describe a few different things, including but not limited to how a political institution could act to solve a problem, what a group and/or institution could say to advocate for their position, what potential obstacles could be encountered, and/or what implications a choice could have on people.
To sum it up, you’ll be asked to break down a situation in a few different ways and take into account the various perspectives that the situation could be viewed from.
Now that you know what to expect, let’s figure out how to tackle the concept FRQ!

Here’s what you need to do to tackle this FRQ quickly and thoroughly:
Start by skimming the questions that you’re presented with. You may have been told that you should never skim anything that you need to understand. That isn’t true all the time, though. In cases where you don’t have all the time in the world, like on an exam, skimming is fine if you make sure that you’re still understanding what you read.
Underline key-words! This doesn’t mean that you underline the entire passage. Instead, focus on references to laws, countries, political systems, constitutional amendments, or well-known interest groups, as they will probably guide you towards how you should answer the prompts.
Write out ideas for how to answer each part of the question as you read the situation you’re given. This way, when you get to writing out your response, you already know exactly what you’re going to say, and you can elaborate or change the answer as needed. Remember, nothing written in your prompt book counts, though!
Get to writing! One way to ensure that the graders know that you’re fully answering the prompt is to use the prompt as the stem to the first sentence that you write answering it. That way, it’s impossible to miss.
Answer the prompt fully. This is critical to ensuring you get full points. So, if the prompt asks which branch of government would resolve a constitutional question, don’t just say that lawyers would present arguments about it to a court. Make your answer explicit: the judicial branch would decide how to interpret the issue!
Or, if you’re in CompGov, don’t just vaguely refer to countries with democracies or countries with authoritarian governments. Name them and explain which governance structure they have. Then, tie it all back to the prompt!

Practice! Practice! Oh, and practice! You may not be able to practice writing FRQs every single night, but try to get at least one in over the weekend. This will help you get familiar with the structure.
Breathe! Don’t freak out. You may be feeling the pressure, but you’ve been prepping for this all year (or all semester). You put in the work, and you’ll be fine! Keeping a cool head will help you get the best score you can.

Here are some prompts to get you started on practicing:

Since the recent resignation of two Federal Election Commission members, the lack of quorum has prevented the Commission from being able to create rules needed to protect elections. The president has nominated an extremely conservative talk-show radio-host to be on the Commission, breaking with the tradition of nominating one Democrat and one Republican to maintain neutrality in election rule-making. The Senate is refusing to confirm the President’s nominee.

Countries around the world allow different degrees of freedom for the press:

💪🏽 Are you ready for the US Gov exam?

Thousands of students are studying with us for the AP US Government exam.
join now