Matter can undergo physical and chemical changes. Such energy changes are related to temperature changes🌡️. This can easily be seen with the melting of ice:
H2O (s) → H2O (l) Energy is supplied to melt the ice.
Energy is the capacity to do work or transfer heat🔥. There are three types of energy that are commonly tested:

Potential energy is the stored energy in an object based on its position. It usually results from both attractive and repulsive forces.

Electrostatic energy is a form of potential energy that results from the interaction of charged particles. You could associate this with Coulomb's Law, which we discussed several times in previous chapters.
PE of an electron = Q1Q2/d, where charges, Q1 and Q2, are separated by a distance, d
Remember, attraction between ions only occurs if the charges are opposite and repulsion only occurs if the charges are the same.

The Law of Conservation of Energy

This unit is based around one central idea: The Law of Conservation of Energy.
Since it is so so important, it is also called the First Law of Thermodynamics. It states the total amount of energy in the whole universe is constant. Therefore, energy can be neither created nor destroyed!

To analyze energy changes, we first have to be able to define the system. This is a specific part of the universe that is of interest to us and would typically involve substances used in experiments (ex. HCl, NaOH, etc.). There are several types of systems: 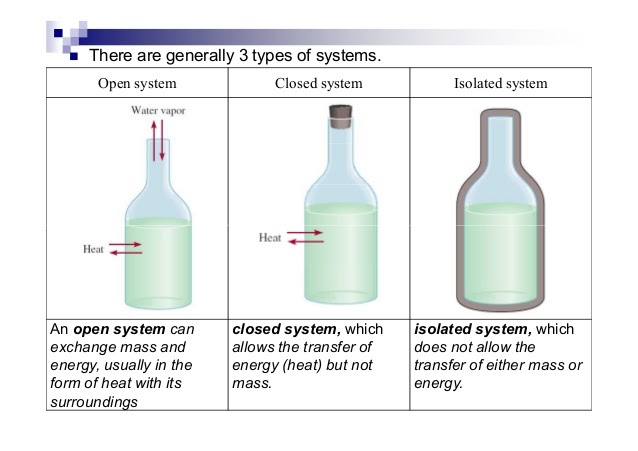 In thermodynamics, we study changes in the state of a system. State functions, such as energy, enthalpy, pressure, volume, and temperature are properties determined by the state of the system. It does not matter how the condition was achieved, so focus on the initial and final states of the system ONLY.
Heat and work are not state functions, because they vary on the path🛣️ to the destination. 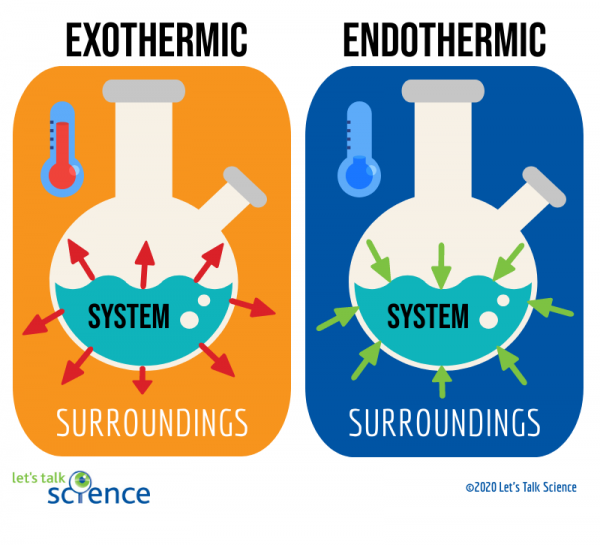