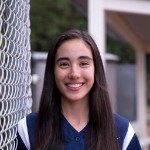 What is a Redox Reaction?

The last type of reaction in this unit are oxidation-reduction reactions, commonly called redox. These reactions deal with the transferring➡️ of electrons, which causes molecules to change oxidation states.

Writing redox reactions reveals which species is which by illustrating the transfer of electrons between molecules.

💡 Mnemonic Device Time! There are two different ones, use the one that seems the most catchy to you:

Balancing in an Acidic Solution

Identify the charges of each species. Mg and O2 are both neutral molecules. MgO is made up of an ionic bond between Mg2+ and O2-, and we know their charges have to sum to 0 since MgO is a neutral compound.

Start writing the half reaction equations by illustrating the change in charge. Neutral 2 moles of Mg becomes 2 moles of Mg2+, and 1 mole of neutral O2 becomes 1 mole of O2-:

Finally, we’ll add the two reactions and simplify by cancelling out similar terms.

Congratulations! You made a redox reaction!

Scientists👨‍🔬👩‍🔬 decided to deal with this caveat by giving molecules with non-ionic bonds oxidation numbers instead of ionic charges. These oxidation numbers reflect the maximum number of electrons a molecule would give or accept if they were in an ionic bond.

⬇️Here are the general rules for making redox equations:

Balancing in a Basic Solution

That extra step is to form H2O with the present H+ ions and oxygen atoms, and then add that mass onto the other side with OH-.