Although ionic and covalent bonds are more common, metallic bonding describes a lattice of cations surrounded by a ‘sea’ of valence electrons🌊. The nucleus and core electrons of the metal stay in place, but the valence electrons are very mobile.
Electrons usually belong to a certain atom but in metals, they move so much that they don't belong to one, single atom. 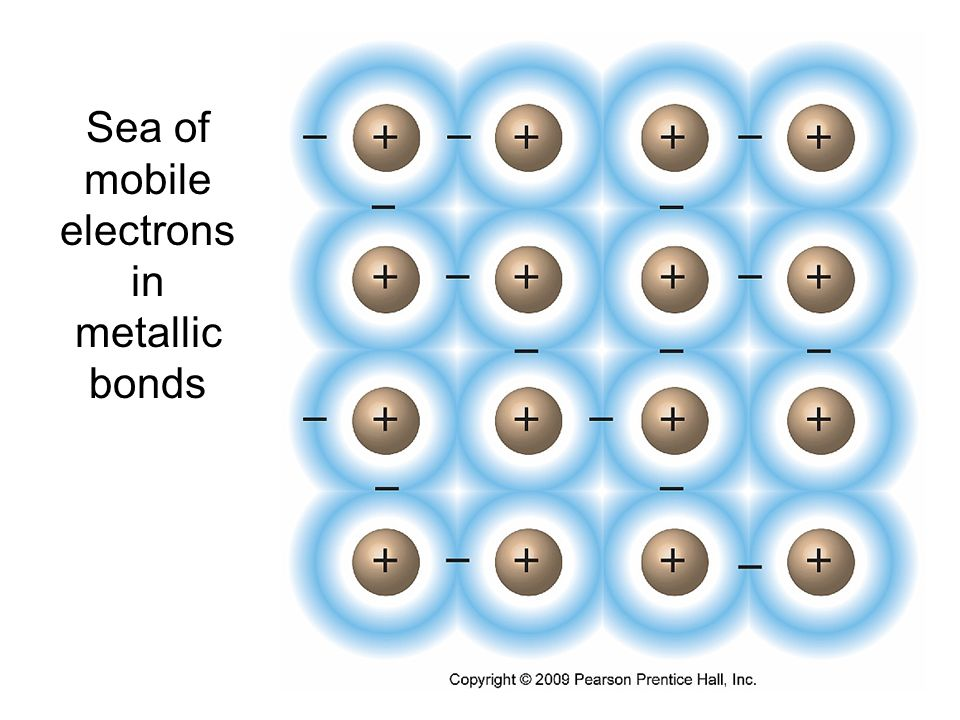 This ‘sea’ of valence electrons contributes to metal properties:

When comparing properties among the different solids, remember this chart:

Right now, you should only be very familiar with the two bolded rows. The others are covered in unit 3 in more depth!

Metals can also bond with each other and become alloys. Alloys can be formed when two metals are in their liquid form being mixed together. When this mixture cools, the alloy is formed.
There are two types:

*This question is similar to one discussed on the Advanced Placement YT*
It goes over content reviewed this key topic and the previous key topic.
A student ran an experiment to see if the following solids conduct electricity.
(a) Explain the results the student saw.

(b) Is there anything that could have been different in this experiment to see the FeCl sample conduct electricity?
Recall: As long as there are mobile valence electrons, the sample will conduct electricity. There are two ways to do that. Either of the following responses are acceptable.