You may be thinking, what are intramolecular forces?

These two are confused often😕, but here are some tips💡:

So far we learned about two intramolecular forces: covalent bonds and ionic bonds.

You must remember the following key information for the AP exam.

Physical or chemical processes can be described through energy diagrams. In molecules, bonds can either be classified as single, double, or triple bonds.

An easy way to remember this is that each dash on a lewis dot diagram corresponds to two shared electrons.

Let's see this information in some graphics👀!

For covalent bonds, bond length is influenced by the bond order (single, double, triple) and the balance between repulsive and attractive forces. Bond length is the physical distance between two atoms bonded to one another. Bond energy in the diagram shows how the greatest potential energy is the repulsion of two atoms. 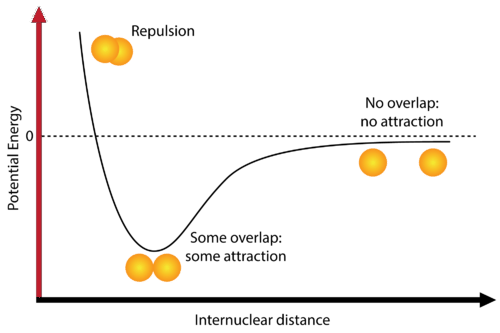 Let's take a look at each of these stages:

It is good to understand these properties because you may be asked to guess where an element falls on this graph.

Say the following image is a diagram of chlorine atoms bonded together (Cl-Cl), where would Br-Br fall in comparison to chlorine's curve? 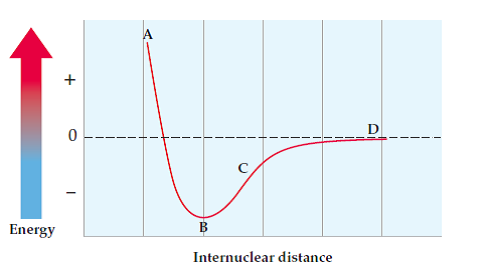 To answer this question, we have to think about periodic trends:

Knowing that Br-Br is longer and easier to break, you would have to graph its curve up (less energy) and to the right more (larger internuclear distance).

This question is a very good way to test your knowledge about this key topic and periodic trends. Here is what the graph should look like: 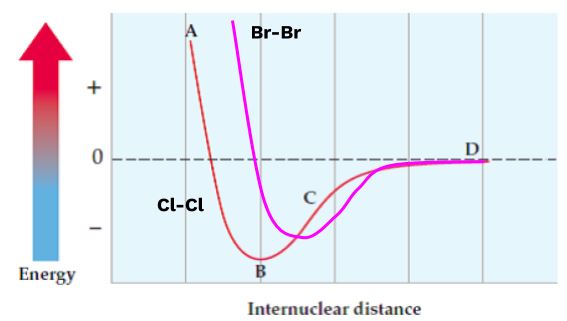 Understanding the strength of ionic interactions involves the use of Coulomb's law:

Energy of two interacting charged particles = (Q1*Q2)/d Where charges, Q1 and Q2, are separated by a distance, d