4.4 Social and Cognitive Factors in Learning

This is a term in AP Psychology that defines itself: we learn behaviors by observing others. Put another way, we imitate or model those behaviors through our perceptions of others. We might observe a person walk, talk, or do something in a particular way, and then find ourselves doing that very behavior, even when it was not directly taught to us. 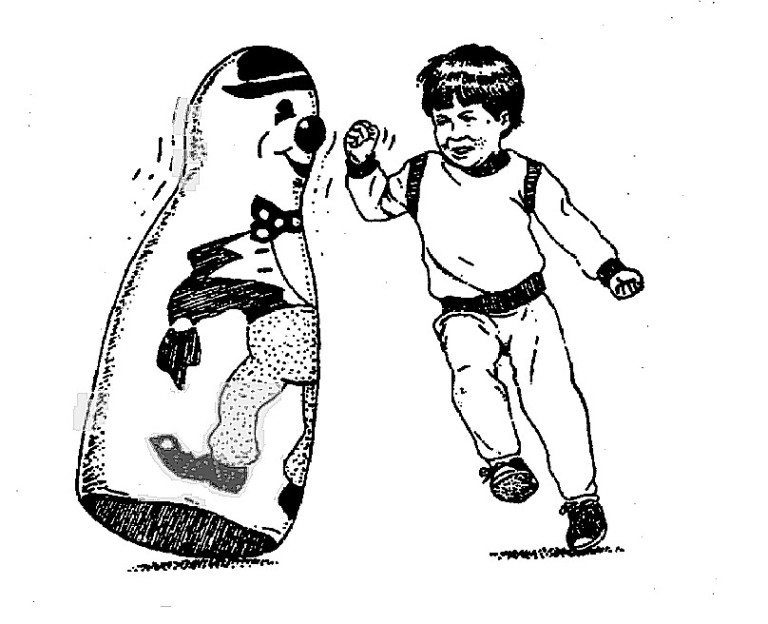 How are we able to mirror someone's actions so easily? We have mirror neurons in the frontal lobe that some researchers believe are responsible for observational learning. With these, the brain fires the same way as the person we are mirroring/watching. Isn't that cool?

This is the opposite of prosocial behavior. A child may view aggressive or angry behaviors and mirror it.

In the event that a child develops negative behavior patterns through antisocial modeling, a parent or authority figure, such as a teacher, may try using one of a few broadly defined behavior shaping techniques. Punishments are ways to un-shape, if you will, bad behavior patterns. These are any type of consequence for an action that decreases the undesired behavior. There are two categories of punishments: positive punishments and negative punishments.
Positive punishments occur when an unwanted consequence is given for negative behavior. An example of this would be the use of speeding tickets. If Dan is caught speeding and is given a ticket, he is less likely to speed in the future. The positive punishment in this case is the ticket itself.
Negative punishments occur when a desired item or opportunity is removed as a result of bad behavior. An example would be phone restrictions. If seventeen year old Sarah comes home after curfew and her dad takes away her phone as a consequence, Sarah is less likely to miss curfew in the future.

Once bad behavior patterns have been un-shaped through punishments, good behavior should be promoted through reinforcement. Similar to punishments, there are both negative and positive reinforcements.
Positive reinforcement is when a desirable stimulus is added as a result for good behavior. An example of this would be praising a child for completing their homework. The positive behavior is completing the homework, and the reinforcement would be praise. Following being praised, the child is more likely to complete their homework.
Negative reinforcement is when an undesirable stimulus is removed as a result of good behavior. This is seen when getting in the car. If the car is turned on before the seatbelt is buckled, more often than not, an alarm chirps. When the seatbelts are buckled, the alarm stops chirping. The good behavior in this situation is buckling the seat belt, which is reinforced by the silencing of the alarm.