Operant conditioning refers to when a behavior leads to an environmental response, which in turn affects the likelihood of the behavior happening again. 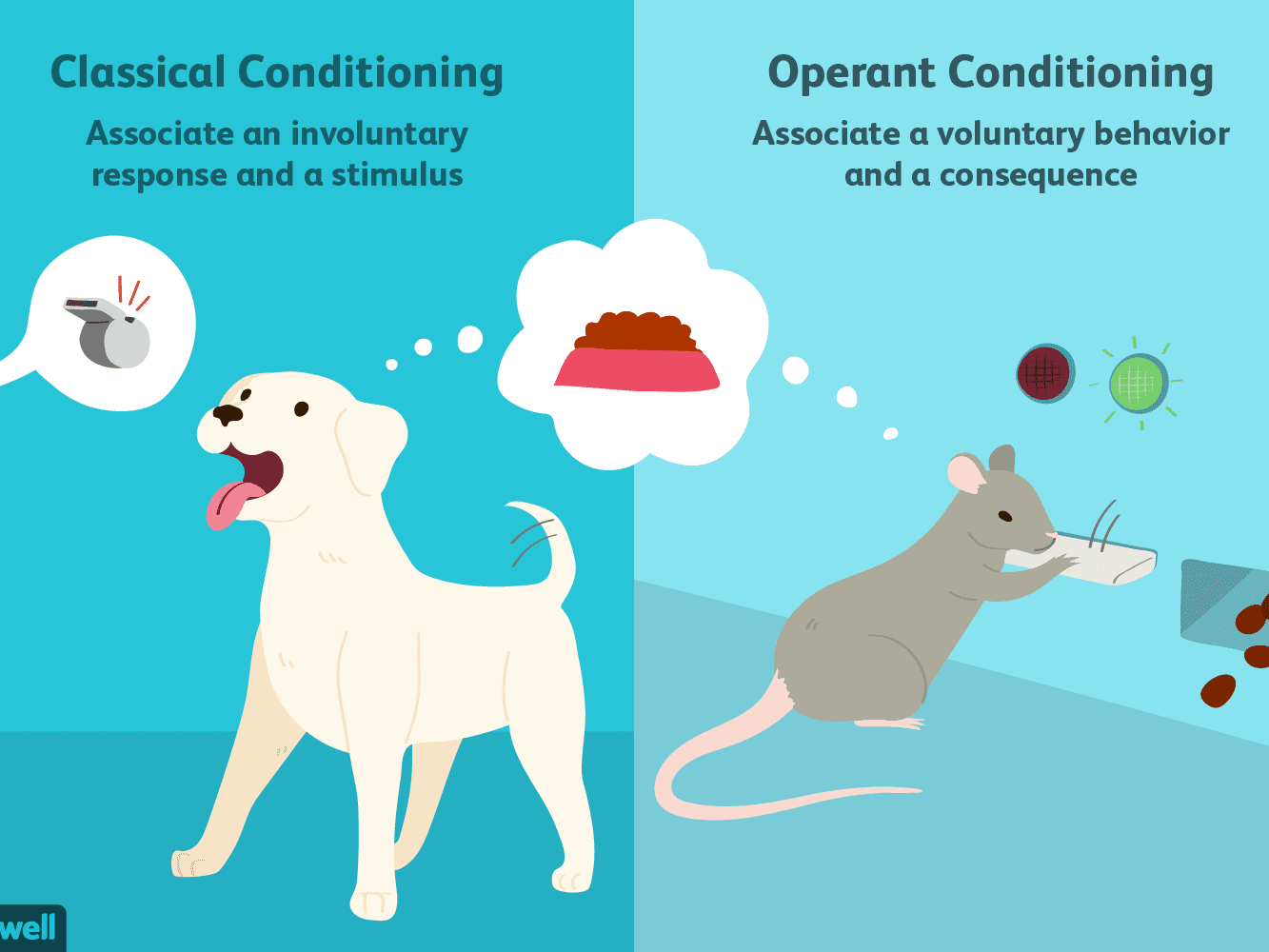 One of the earliest contributors to this aspect of learning was E.L. Thorndike, who found that behaviors that had a favorable outcome were strengthened, while behaviors that had an unfavorable outcome were weakened. He referred to this as his Law of Effect.
B.F. Skinner took this principle further and described different types of consequences that can occur and the ways in which they might be presented that could affect the presentation of the behavior.
🎥 Watch: AP Psychology—Operant Conditioning with Pigeons 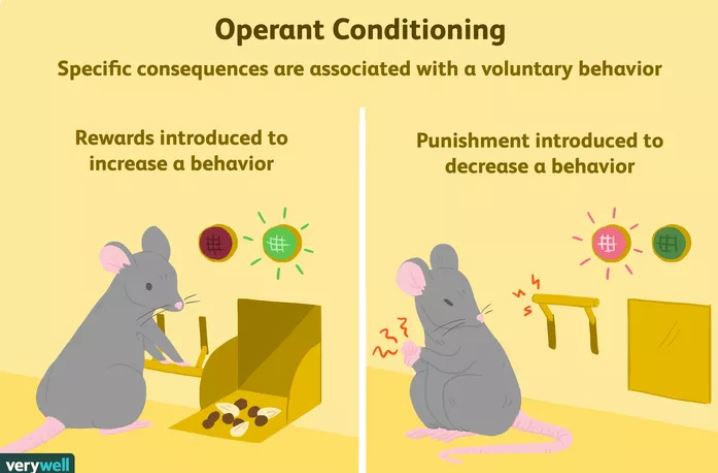 Despite stringent behaviorists’ claims, there are limitations to classical conditioning. When presented with a puzzle 🧩, some organisms are capable of discovering the solution to the problem without having the proper reinforcements to guide them to the solution. This is known as insight learning. Insight learning is sometimes referred to as the “a-ha moment” in which one suddenly realizes the solution to a problem💡
Edward Tolman found that rats did not show any noticeable improvement in getting through a maze in the absence of reinforcement. However, when reinforcement was provided, he found a marked decrease in time needed to finish the maze, suggesting that the rats knew the solution to the maze but did not express it behaviorally, meaning that they had a cognitive map of the maze. Tolman called this latent learning⏳ 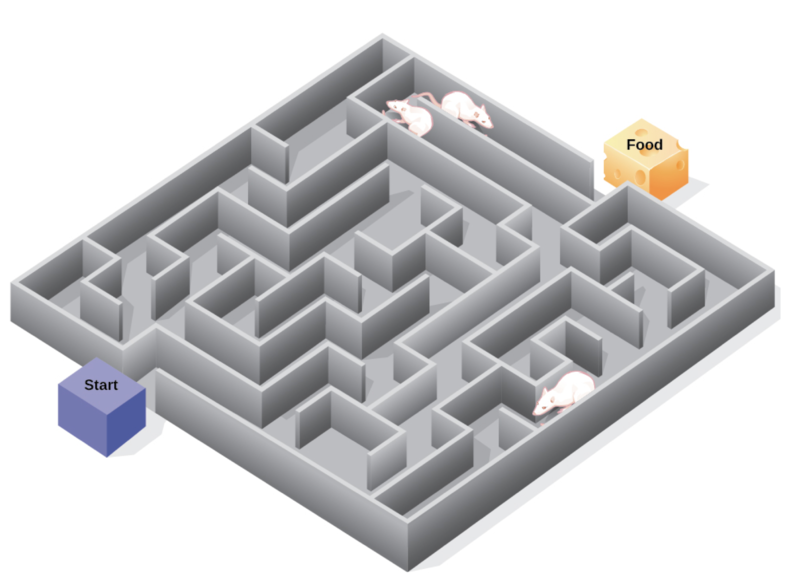