What is Classical Conditioning? 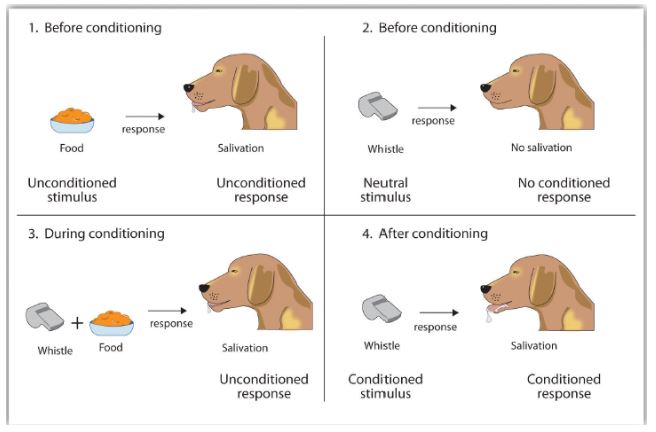 The stimulus (plural: stimuli) can be anything that is perceivable by the five major senses. It can be a sight, sound, taste, smell, or something that can be felt. The response, in classical conditioning, is any reflexive, non-voluntary behavior, i.e., something that one cannot readily control.

Some of the stimulus-response pairings (or contingencies) are the result of the experiences to our own environments. We have learned to react to certain stimuli in a certain way. For example, if a one-hundred dollar bill 💵 is placed in our hands, we might feel our bodies react as the result of the excitement we might feel: our heart rate and respiration might go up.

Not all conditioning is built on an original unconditioned stimulus-unconditioned response pairing. For example, a worker who becomes excited (e.g., elevated heart rate) at the sight of their paycheck very likely did not have the bodily conditioned response, because the paycheck was originally paired with something that naturally produced that type of bodily response.

Thousands of students are studying with us for the AP Psychology exam.