In this section, we will address all the short-run costs associated with production. In the short-run, at least 1 resource is fixed, or cannot change. Fixed resources can include plant capacity, or the number of factories in operation.

The table above shows the various cost curves of a particular firm at various levels of output. You can see at any level that Fixed Cost + Variable Cost = Total Cost. For example, at output level 6, the fixed costs are $200 and the variable costs are $45 which results in a total cost of $245. The table also shows how average fixed cost + average variable cost = average total cost. At output level 8, the AFC is $25 and the AVC is $9.75, and their sum gives you the ATC of $34.75. The final column in the table is the marginal cost (MC). Marginal cost is the change in total cost divided by the change in output, so going from an output of 2 to 3, the total cost changes from $220 to $224, and the change in output is 1 unit. This leads to a marginal cost of $4. 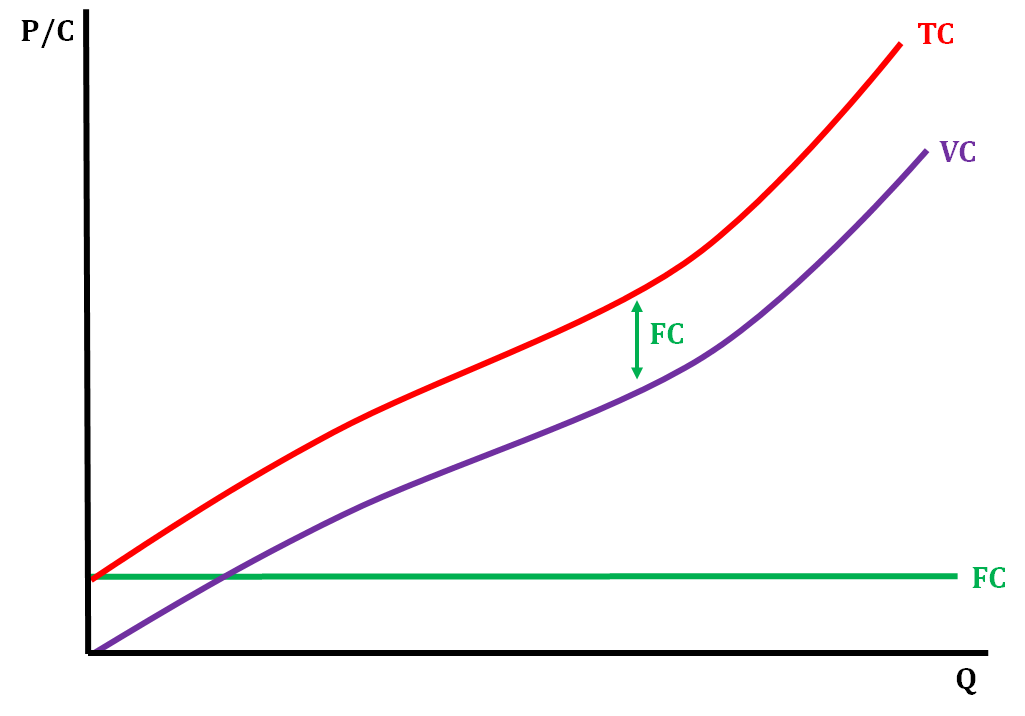 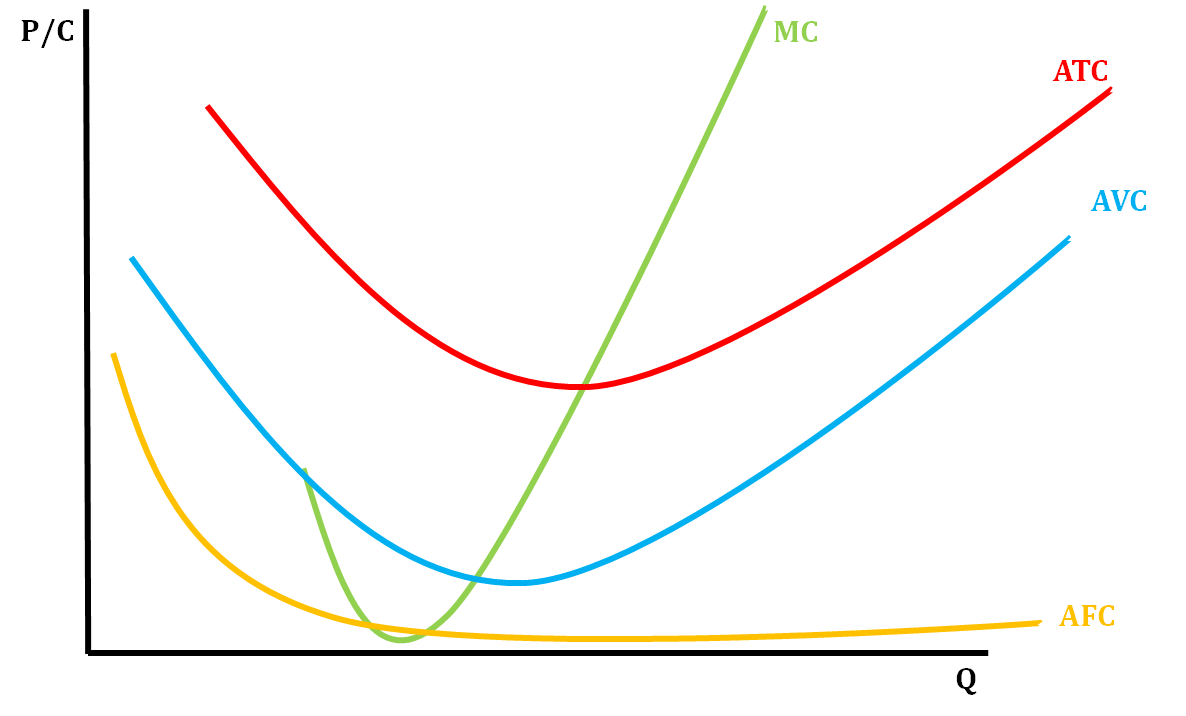 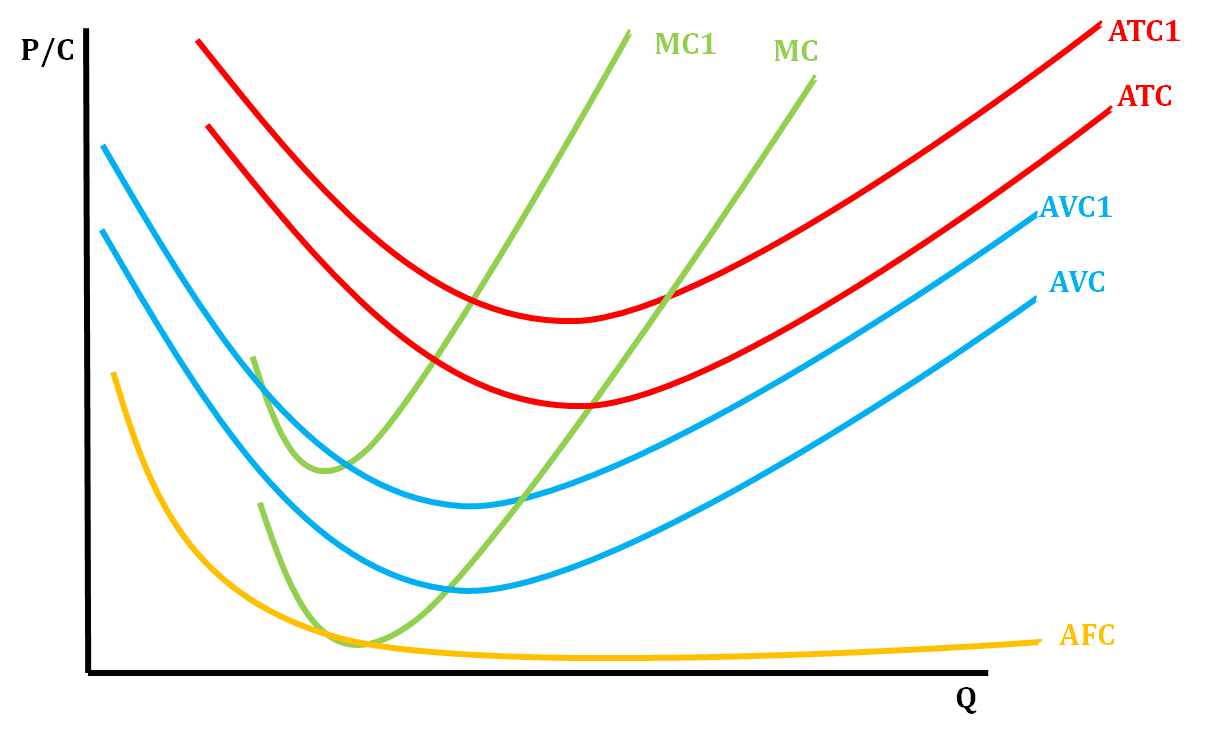