Resources in the Long-Run

In the long-run, all resources are flexible, so firms can change both their plant capacity and output level. This allows firms to analyze and compare the average total cost of production at each plant capacity in the short-run, and find the optimal plant capacity that allows them to product output at the lowest possible ATC.

In the graph below, the blue curves show several different plant capacities for a particular firm. SRATC1 is when production is beginning and the firm is not using its entire plant capacity. The low production hinders mass production, causing the ATC to be very high. For example, a car company that makes only 50 cars will have a very high cost per car.

As the firm continues production, its growing capacity enables mass production and specialization to take place, which leads to the point where ATC is at its lowest. A car company that produces 100,000 cars will have a very low average cost per car (SRATC2). As the firm expands and its output becomes larger than its plant capacity, it becomes too big to manage. Its costs per unit begin to rise again. This is the point where there is too much input needed, socosts rise (SRATC3). 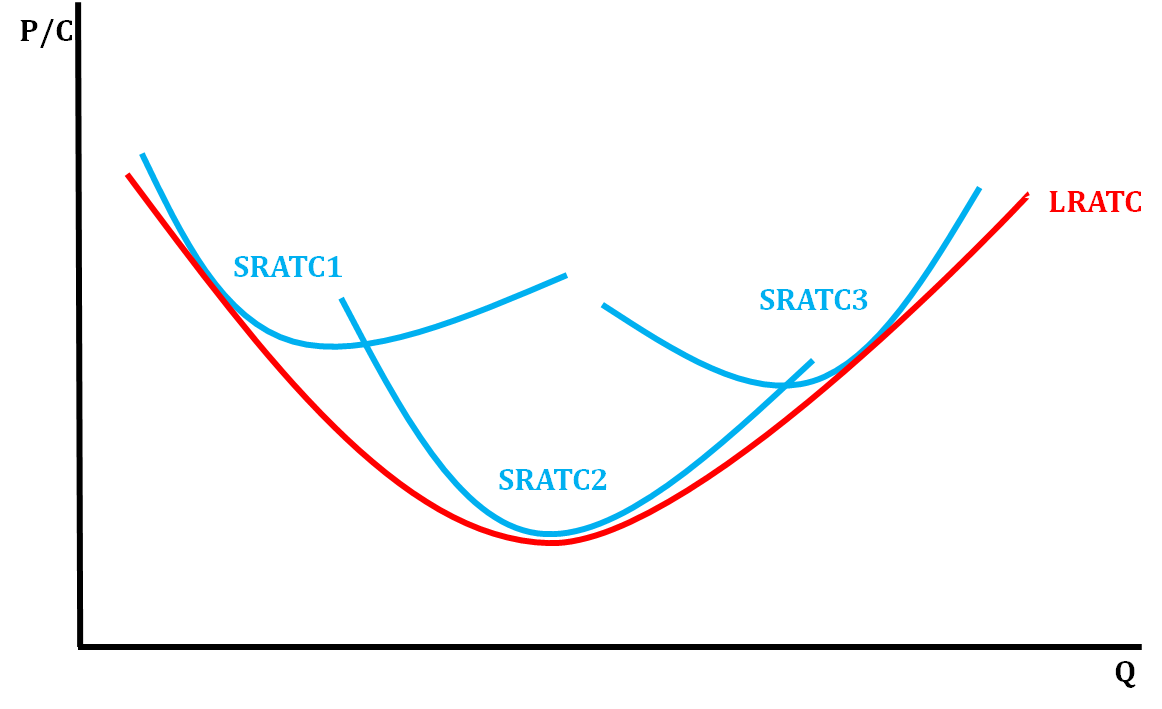 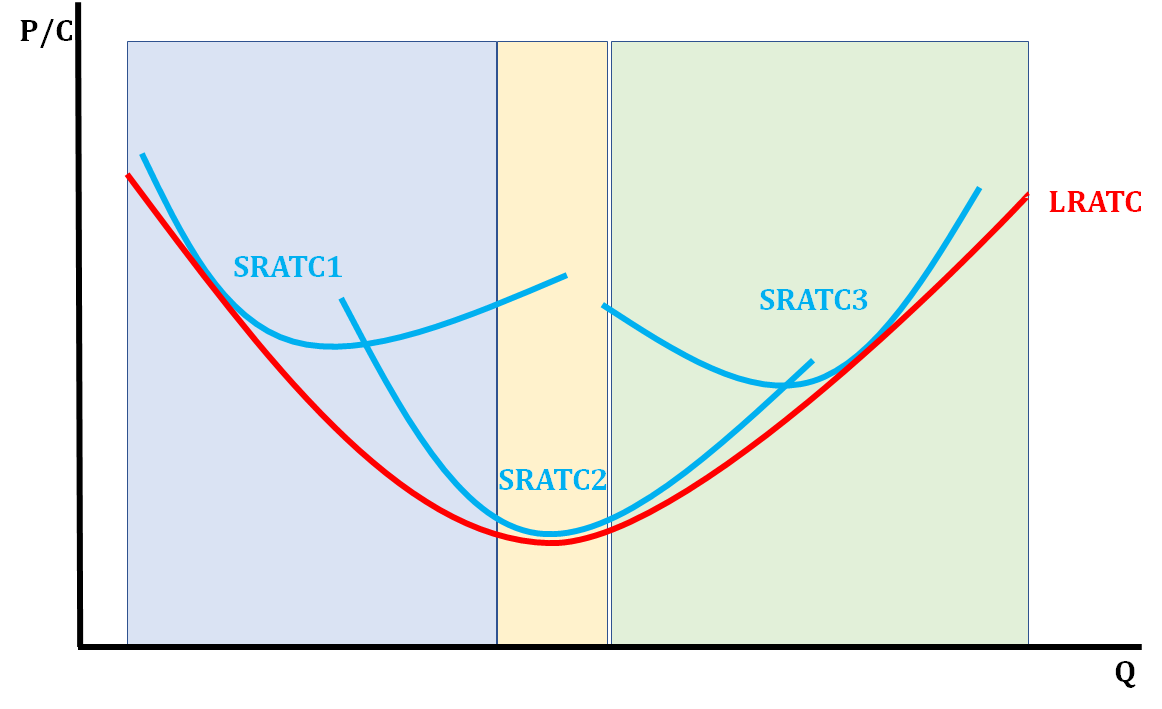