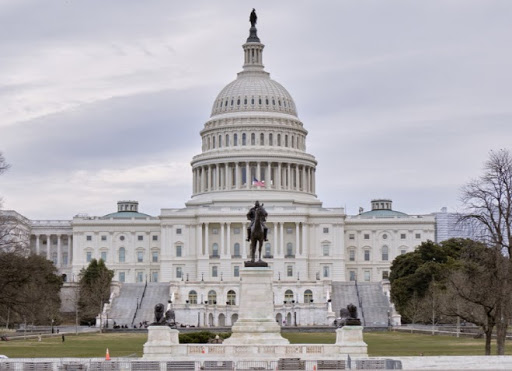 Congress is the bicameral legislature that writes the laws for the nation. It is made up of the House of Representatives which has 435 members and the Senate which has 100 members.

Every two years, there is an election for all 435 seats of the House of Representatives and once elected they serve two year terms. The elections for congressional seats take place within each congressional district. To be a member of the House of Representatives, one must be at least 25 years old, live in the district, and be a citizen of the state. The congressional districts have a smaller constituency and many house members have safe seats leading to high incumbent election rates.

The Senate is based on equal representation meaning each state has two senators. With each of the 50 states having two senators there is a total of 100 senators in the United States Senate.

Every two years, one-third of the Senate is up for re-election and when elected they serve six year terms. The elections take place on a statewide basis.

To become a senator one must be at least 30 years old. There are more rules in the House than in the Senate due to the sizes of their memberships.

The enumerated and implied powers in the Constitution allow the creation of public policy by Congress, which includes: