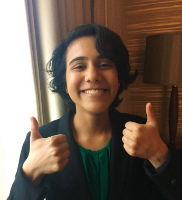 If you wanna know how to ace the multiple choice section on the AP Government and Politics® Exam, you’re in the right place!

This guide will break down how the section is structured, how to approach each question, and then some last tips.

One of the things that can make the multiple choice section a bit intimidating is not knowing what to expect, so let’s run through all of the logistics of what that section of the test is like.

It’s good to know what to expect happens in this section, especially because it’s worth half of your score. Don’t even worry, though, with this guide and some good-old-fashioned practice, you’ll be well on your way to doing phenomenal in this course.

Okay, so, after you fip open that exam packet, you’re going to have 55 questions to answer.

You’re not going to have all day to answer them, though. You’re going to have an hour and 20 minutes, which is 80 minutes. If you’re super curious, that technically means you get around 1.4 minutes on each question, but that won’t break down perfectly because the questions aren’t all structured the same. It’s not just a bunch of basic multiple choice questions. No, it’s much less basic (would the cool kids call it un-basic? idk) than that.

Anyways, there are three types of questions that you’ll come across on the AP GOPO multiple-choice section:

So, now that you know what to expect, let’s see how you should approach them.

This section is fun! It’s fresh! And, most importantly, it’s gonna help you pass!

And, it’ll also help you understand how to answer each of the questions you’re given ... but that didn’t go with the rhyme.

Look at the questions! Okay, I get it; that’s probably the most obvious thing I could have said. Here’s the thing, though: you’ll waste time trying to decode the graphic and finding out exactly what it means.

And, let’s be honest here; you really don't want to waste any of your precious time on irrelevant information. That’s why you need to start by finding out what information you need from the graphic, and you’ll do that by looking at the questions that are based on it first.

Then, answer the question by connecting the information in the graphic to the concepts that you’ve learned in class (and/or through Fiveable).

Remember to keep in mind that there’s a reason that the information that you’re being given is visual. If it’s a map of congressional districts, ask yourself if they look fair based on the population in each area. Or, if it’s a pie chart about the funding in some government department, ask if the allocation of the money is the same and what it says about the priorities of that department.

The point is that the graphic you’re given is a base from which you’ll draw conclusions. The graphic is only there to guide you to them.

Start by taking a look at the author and time period that the passage was written in. This is helpful because if you recognize the author, it’s because they were probably known for having some really strong opinion on a topic, and that’ll help you answer the question.

On the other hand, if you don’t know the author, or there isn’t a specified one, it’s totally okay because you’ll still be able to answer the question.

You want to make sure that you understand whatever this passage is saying. You can use a few different strategies to do that:

Underline the important stuff! This will help you know what to look back at when you’re answering questions.

Reread what you find confusing! If a sentence doesn’t make any sense, just take a breath and reread it. If you still don’t get it, that’s okay. Move on to the next sentence, and try to understand that one.

Try to place the passage in a larger context, topic, or argument! The passages you’re given are there to help you connect an AP GOPO concept to the correct answer, so use that to your advantage.

These questions will directly test your knowledge about the processes and information that shaped and continue to shape American politics and the government.

Make sure to read each answer choice, and eliminate the obviously wrong ones as you go. These questions and answers are going to be based on stuff that you’ve covered in class or reviewed in streams, so make sure to know the important cases, documents, and processes!

We’re going to do an example of each of the questions you’ll encounter on the exam, and then break down the answer. 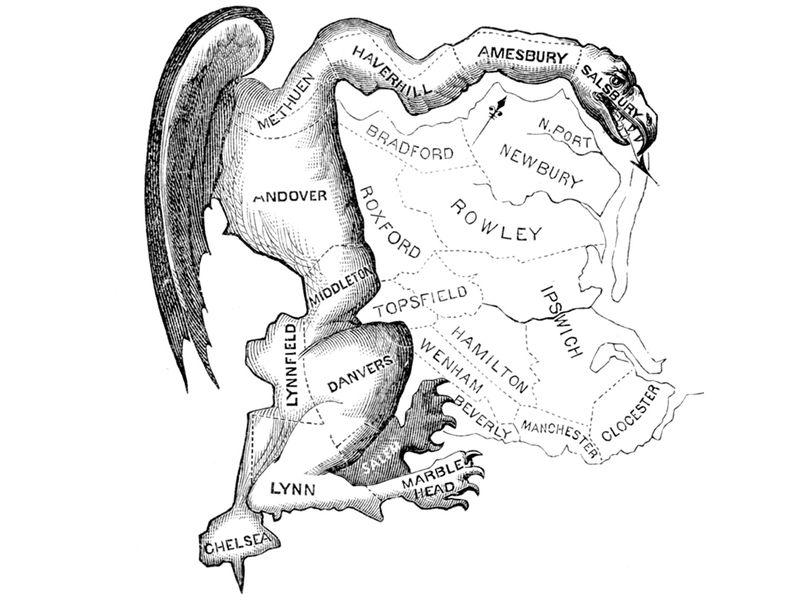 A. There’s a scary dragon trying to eat America

C. The shape of congressional districts were drawn to favor one party

D. The problems in western Massachusetts are being ignored

The graphic depicts a lizard-like creature making up the western part of Massachusetts, and the lizard is almost wrapping around and taking over the state. The rest of the districts’ lines are also oddly shaped. Thus, the answer is C.

“I cannot sit idly by in Atlanta and not be concerned about what happens in Birmingham. Injustice anywhere is a threat to justice everywhere. We are caught in an inescapable network of mutuality, tied in a single garment of destiny. Whatever affects one directly, affects all indirectly. Never again can we afford to live with the narrow, provincial "outside agitator" idea. Anyone who lives inside the United States can never be considered an outsider anywhere within its bounds.”

A. Americans must only focus on the issues that directly affect them

B. The violations of one American’s rights put others’ rights in danger

C. Peaceful protest is a violation of the law and order

D. People in Birmingham, Alabama should move to Atlanta, Georgia

Remember that Dr. Martin Luther King Jr. was a leader in the Civil Rights Movement in the 1960s, and he advocated for peaceful protest. He felt that people of all races, no matter where they lived, should unite in the common struggle against their oppressors. Therefore, the answer is B.

A. A person praying in their own home

B. Someone telling their friend what religion they practice

C. Someone wearing a religious headscarf

Remember that the Engel v. Vitale case ruling from the Supreme Court said that public schools may not have optional or required prayers that are authorized by the school or its district, as it violates the Establishment Clause of the First Amendment. Thus, the answer is D.