You should definitely memorize the table below for the AP Exam. Once you practice, the questions that involve the VSEPR Theory become free points🥳!

Let's go over what each column means: 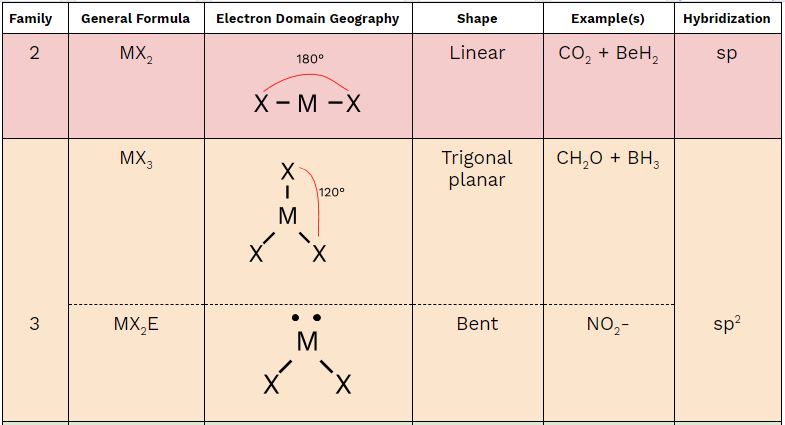 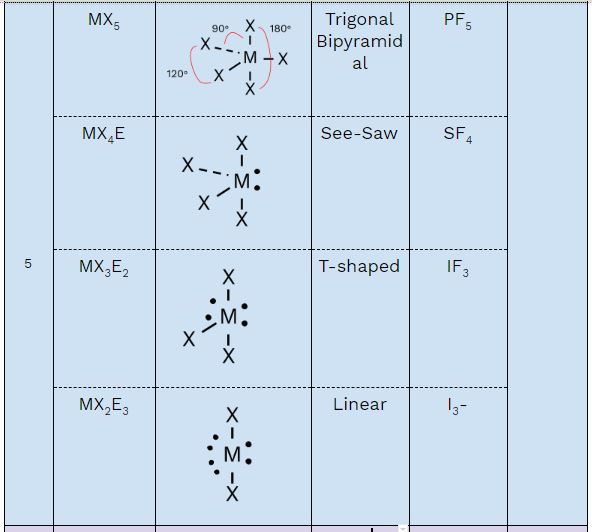 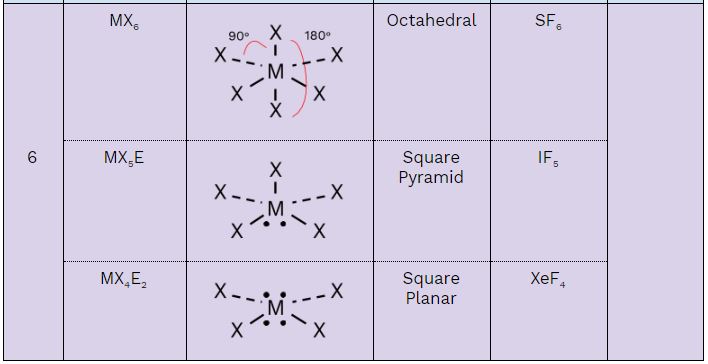 Sigma (σ) bonds are covalent bonds where electrons are found shared on the internuclear axis. Hybrid orbitals form σ bonds, and they are stronger than π bonds.

You don't really have to know these definitions, but be aware of the following:

The more pi bonds in a molecule:

Image Courtesy of BC Open textbooks

In the molecule on the left, there are 3 double bonds and 9 single bonds. This means this molecule is made up of 12 σ bonds and 3 π bonds.

Hybridization is the idea that atomic orbitals fuse to form newly hybridized orbitals, which in turn, influences molecular geometry and bonding properties. Hybridization is also an expansion of the valence bond theory💥.

There are 5 main hybridizations, 3 of which you'll be tested on: sp3, sp2, sp, sp3d, sp3d2. For these hybridizations, electron orbitals fuse together to fill subshells and go to a lower energy state. It also allowed for things like CH4, since technically the way the electron pairs are organized, 4 sigma bonds would not be possible.

In the above example, carbon's 2p and 2s orbitals fuse into 4 half filled sp3 orbitals that can make 4 sp3-orbital sigma bonds. The same principle applies for the other hybridizations.