In addition to the effects of industrialization on politics and economics, society drastically changed. In the entirety of human history, it can be argued that only two (maybe three) revolutions took place that truly altered the majority of human society. The first was the Neolithic Revolution, which involved the shift from humans being primarily hunter-gatherers to being farmers. The second is the Industrial Revolution, and that involved the shift from farms to factories. The third could be the Information Revolution, but since we are currently living in that, it’s too close to identify as a revolution. We’ll have to ask people 200 years into the future about it.
Everyday life changed dramatically for everyone because of industrialization. Families were separated during the day, and children of the working class often had jobs in factories or coal mines (instead of going to school) because the family needed that income. Laws would later outlaw child labor. Working life in a factory would be long and dangerous. Those in the working class would easily have 12-14 hour shifts, and even then, they still couldn’t afford luxury back in their tenement apartments. Another word for tenement, of course, would be slum.
Industrialization produced, along with cheap and not necessarily to live goods, these new social classes. There have always been, since the Neolithic Revolution, rich and poor. However, industrialization made class structure much more rigid and increased the gap between those classes.
There were essentially three different classes that emerged as a result of industrialization: the working class, the middle class, and the super wealthy. The working class were the factory workers and they were the poorest at the bottom of the class structure. They are sometimes associated with low-skilled jobs.
Next up the ladder, are the middle class, which are typically the managers, business owners, and those with skilled jobs. Lastly, the super wealthy (top 1%), owned the large corporations. It was extremely difficult to move from one social/economic class to another. 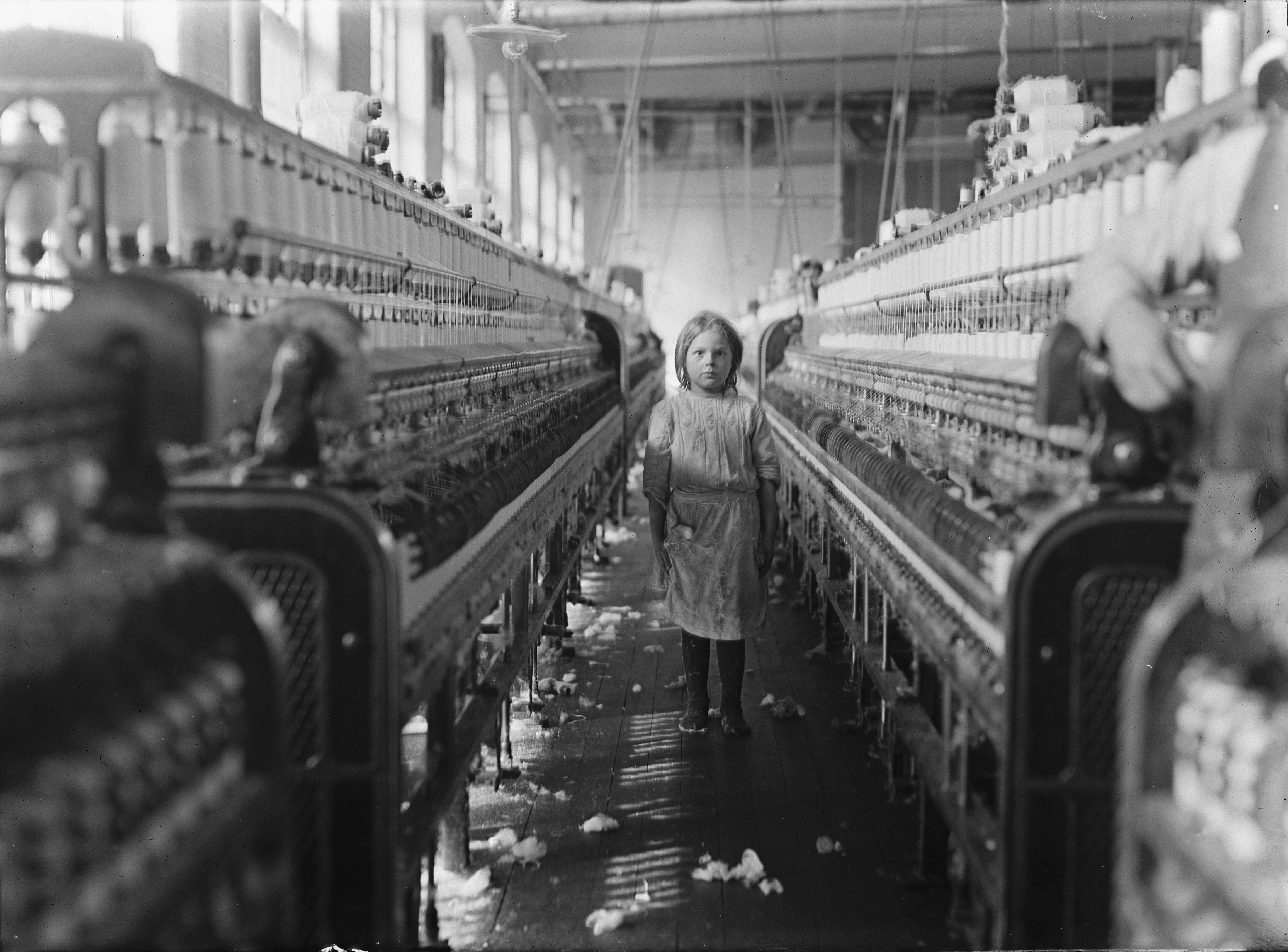 Women in the Industrial Age

Women in different social and economic classes experienced life radically different. Working class women faced hardships in factories with less pay than their male counterparts. However, that’s not to suggest factory workers were paid well. Women factory workers were just paid that much worse. Many women began to be frustrated with this type of environment, and some even testified in front of the British parliament about the harsh working conditions in factories.
Women of the middle class had a very different experience with industrialization. They did not work in factories, but they also did not have complete freedom and equality with men. Middle class women often had to stay home, conduct household duties, and focus on raising children.
A Cult of Domesticity emerged that glorified the role women played as stay-at-home wives and mothers. Some women, mostly from the middle class, advocated for equality with men and organized for equal rights. An example of this would be the Seneca Falls Convention where women met to demand suffrage.

People moved to cities to work in their factory jobs. Industrialization changed everything about a person’s life, especially where they lived. People moving to cities in mass did have significant effects, such as overcrowding, pollution, and disease. As more and more people moved to the cities, poor, working class families lived in overcrowded apartments (sometimes called tenements) and experienced unclean water supplies along with a lack of proper sewage disposal. Consequently, this caused diseases to infect many poor families. On the other hand, many wealthier families that did not live in tenements experienced cleaner and safer living conditions and more opportunities for leisure.
Along with issues regarding poverty, crime, public health, and housing shortages, urbanization increased pollution and the destruction of the environment to a great extent. Air pollution was caused by continual coal burning, and this only increases from the 1800s into the modern age. The reliance on coal burning for energy, particularly electricity, negatively impacts the environment as well as all those that require oxygen to breathe.
Water pollution spreads even more diseases, such as cholera and typhoid. Both of those diseases become associated with poverty. In fact, the burning of fossil fuels increased at record rates, and this increases CO2 emissions. This will have devastating effects on the environment into the 20th and 21st centuries, but it will cause some action in that time, post-1900, to alleviate the reliance on fossil fuels.
I guess all these things (inequality, pollution, housing shortages, etc.) are worth it since industrialization caused the mass production of goods to become cheaper and more easily accessible. 😟