👨‍🏫We have discussed methods of sampling accurately but now, it is imperative to discuss how not to gather data. Statistical studies are biased if it is likely to underestimate or overestimate the value you are looking for.

🙋‍♂️Voluntary Response Sampling allows people to choose whether they’d like to be included in the sample by responding to a general message. Often times, people who choose to participate feel strongly about the topic at hand and as a result, those who aren’t as interested or accounted for remain underrepresented.

Undercoverage happens when some members of the population are less likely to be chosen or can’t be chosen in a sample. For example, if you conduct a survey about the best communication methods by using Instagram, people who don’t have Instagram will not be included in the data.

🙅‍♂️Nonresponse is when an individual chosen for the sample can’t be reached or declines their participation. This actually leads to bias because the people who opt themselves out despite being chosen may have differing opinions that won’t be included in the results.

*Nonresponse occurs after a sample has been chosen while in a voluntary survey sample, every individual has chosen to take part so there wouldn’t be any nonresponse.

Response Bias occurs when there is a pattern of inaccurate answers to a survey. The way a question is worded impacts the response the person gives so identifying personal bias is important to ensure that the results are valid.

So why does any of this matter?

If sampling is done without considering the factors that could invalidate your results, then the concluding data and analysis will not be representative of the population. 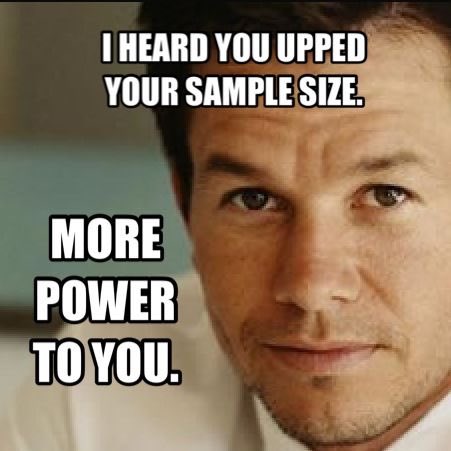 Practice your typing skills while reading Potential Problems with Sampling