🤔Drawing conclusions from the data and analyzing possible areas of error helps create a valid inference about the population from which the sample was chosen.

📊Sampling variability refers to the fact that different random samples of the same size from the same population produce different estimates. *Larger samples tend to produce more accurate estimates that are closer to the true population value than smaller random samples. Key idea: larger sample estimates are more accurate. Making inferences from bad sampling methods such as voluntary response and convenience samples results in misleading conclusions because the data from the sample is not representative of the population.

If the experimental units were chosen from a large population, then the results can be generalized to that population or larger group. Random selection of units ensures that the data will be representative of the designated population 👨‍👩‍👧‍👦.

*Inference about a population can be made only if the individuals from a population taking part in the study were randomly selected.

*A well designed experiment that randomly assigns experimental units to treatments allows inferences about cause and effect. 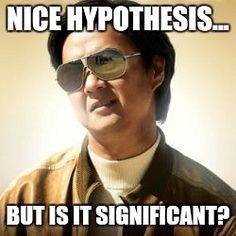 Practice your typing skills while reading Inference and Experiments