The second type of factor (resource) market is called a monopsony. A monopsony is an imperfectly competitive factor market where only a single firm buys resources.

Differences between a Perfectly Competitive Labor Market and a Monopsony 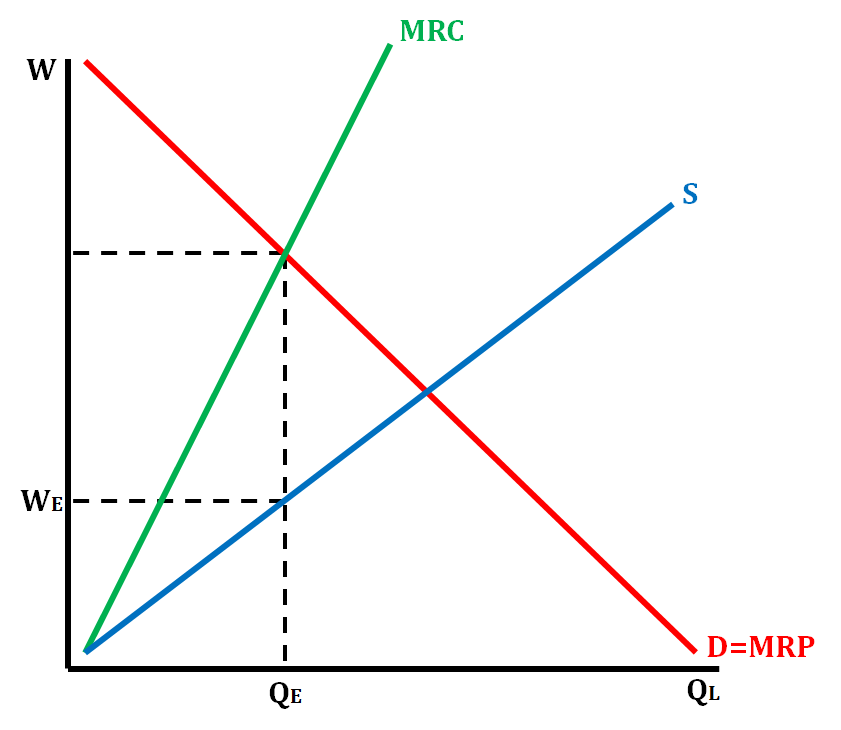 There is 1 large hospital in a city that hires nurses. There are no other hospitals nearby that nurses are willing or able to travel to. What is the labor cost for this firm based on the graph?