The expansion of trade on a global scale expanded both the upper elite class and the lower labor class. Global trade was insanely profitable and new elite classes enjoyed this wealth. Meanwhile, the population of forced laborers increased, further expanding the wealth gap.

Ottoman society was complex. The Sultans ruled the top of the pyramid and had powers to grant rewards to favored groups, such as soldiers. The middle class included the military, scholars, and other bureaucratic groups.

Within the military, the Janissaries gained power and tried to overthrow the Sultan.

For its time, the Ottoman Empire practiced a surprising amount of religious tolerance for Jews and Christians. Although non-Muslims were forced to pay the jizya tax, many Jews that had been expelled from Spain and Portugal migrated to the Ottoman Empire, which expanded its power.

Meanwhile, the Mughal Empire under Akbar the Great was even more tolerant as they abolished the jizya tax and supported the expansion of Sikhism (blend of Hinduism and Islam).

Women in the Ottoman Empire also experienced some expanded freedoms. Some women, such as Roxelana, climbed the social ladder from slave to wife of the Ottoman ruler Suleiman the Great. This was an extreme case of class mobility, but is an example of what was possible.

Although they adopted political traditions in China, the Qing were committed to making the Manchu culture dominant. For example, they forced all men to wear their hair in queues (braided pigtail style), which was a power move to test loyalty to the throne.

The majority Han ethnicity faced the most intolerance from the Qing. Often times, Han men would side with the Qing and carry out mass murders of Han men refusing to wear the Manchu hairstyle. 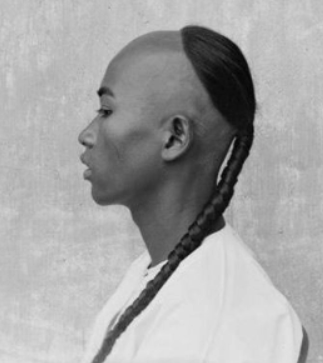 European society was ruled by a royal family that gained enormous wealth from trade and corruption. Below the royals was a second class of the nobility, a small wealthy group that owned most of the land.

Nobles had influence in Parliament, but no power over the royals. The commoners were the lowest class and often challenged the nobility. After a failed revolt from commoners, Louis XIV committed to keeping power from the common people or the nobles, “I am the state.” 👑

In the 15th and 16th centuries, Jewish communities faced increased anti-semitism in Western Europe. In Spain, Ferdinand and Isabella expelled the entire Jewish population, which sent them migrating all over the world.

Jews of Spanish descent that migrated to North Africa and the Middle East are referred to as Sephardic. Jewish populations descended from eastern and central Europe are called Ashkenazi. Both groups would experience a diaspora by the 20th century.

The Enlightenment and Scientific Revolution led to more tolerance for Jews as people contemplated natural rights. The Netherlands was particularly tolerant for Europe at the time, so many Jews migrated there and worked in the booming financial industry. This connection would later be used to scapegoat Jews for economic downturns.

In Russia, the social classes were similar to the rest of Europe, except that they continued to practice serfdom.

The Russian nobility, known as Boyars, were wealthy landowners. Below them were the merchants.

At the bottom was the largest class of peasants, many of whom sank into debt and were forced into serfdom. As serfs, they were completely tied to the land and sold when the land sold.

The most dramatic social changes happened in the Americas because of the influx of Europeans, decimation of Indigenous, and explosion of the African slave trade. Social classes in the Americas were based on race, which is a pivotal difference from the rest of the world.

In the British North American colonies, Europeans, Natives, and African slaves remained separate classes that rarely mixed. Although mixed children existed, primarily because of forced assaults, the societal norm was segregation and policies supported this tradition.

In the Spanish and Portuguese colonies, things were different. In an effort to whiten the society, Europeans were encouraged to procreate with the Indigenous and African communities.

All of the ethnic combinations created new social classes organized by race with the whitest at the top. The Peninsulares, or Europeans born in Spain or Portugal, were at the top and served as representatives of the royal crown. The Creole class was born in the Americas, but had the next highest privileges with their pure European descent.

🔺The mixed classes, or the castas, had its own pyramid within a pyramid🔺