Unit 6: Market Failure and the Role of Government

We use a graph known as the Lorenz Curve to graphically represent income inequality. The Gini Coefficient is a numerical measurement of income inequality. It is a statistical measurement of income equality where perfect equality is 0 and perfect inequality is 1. The government can help with income inequality by either increasing the amount it taxes wealthier citizens or by increasing transfer payments to the poor. Transfer payments are government payments to individuals or businesses designed to meet a specific objective rather than pay for goods or resources (Ex: welfare). 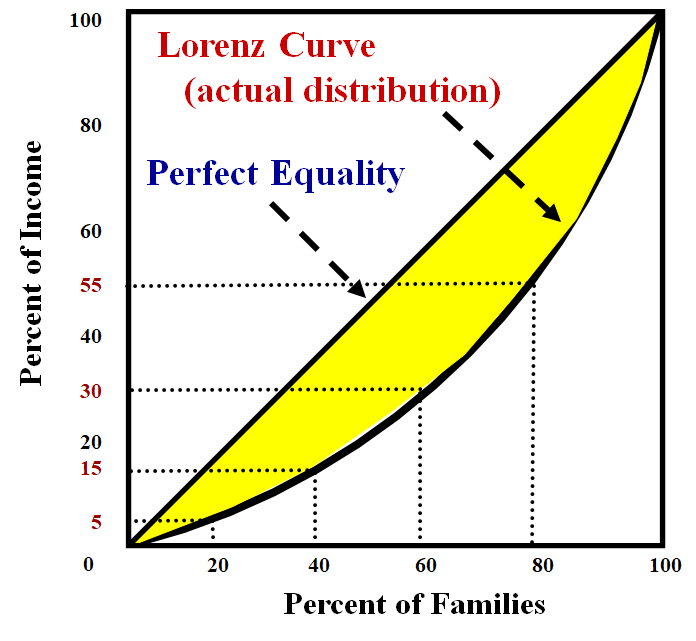 The Lorenz curve shows the actual income distribution in a society. The larger the gap between perfect equality and the Lorenz curve, the greater the amount of income inequality that exists.

There are several types of taxes that can contribute to or help with income inequality. 💸