There are two types of oligopolies that can exist:

Game theory is the study of how people behave in strategic situations. With the oligopoly market structure, we use a matrix to apply this concept.

Provided below is a game theory matrix for the soft drink industry. Coca-Cola and Pepsi are oligopolistic firms that collude to dominate the soft drink market. In this scenario, both firms have the choice to set their prices high or low, and the potential profits for both firms are listed in the matrix. The firms are aware of the payoffs but do not collude when making their decision. The numbers on the right of each box (in red) belong to Coca-Cola and the numbers on the left of each box (in blue) belong to Pepsi.

Let's look at some sample questions that are typically asked about these type of problems:

If Coca-Cola and Pepsi decide NOT to collude and choose their price level on their own, what will be the payoff for both firms? Explain.

Two bus companies, Roadway and Rankin Wheels, operate a route from Greensboro to Spring City, transporting a mix of passengers and freight. They must file their schedules with the local transportation board each year and cannot alter them during that year. Those schedules are revealed only after both companies have filed. Each company must choose between an early and a late departure. The relevant payoff matrix appears below, with the first entry in each cell indicating Roadway's daily profit and the second entry in each cell indicating Rankin Wheels' daily profit.

(a) In which market structure do these firms operate? Explain.

The market is an oligopoly because there are only two firms and their actions are mutually interdependent.

(b) If Roadway chooses an early departure, which departure time is better for Rankin Wheels?

(d) Is choosing an early departure a dominant strategy for Rankin Wheels? Explain.

(e) If both firms know all of the information in the payoff matrix but do not cooperate, what will be Rankin Wheels' daily profit?

Rankin Wheels' daily profit will be $900.

Comparison on All Market Structures 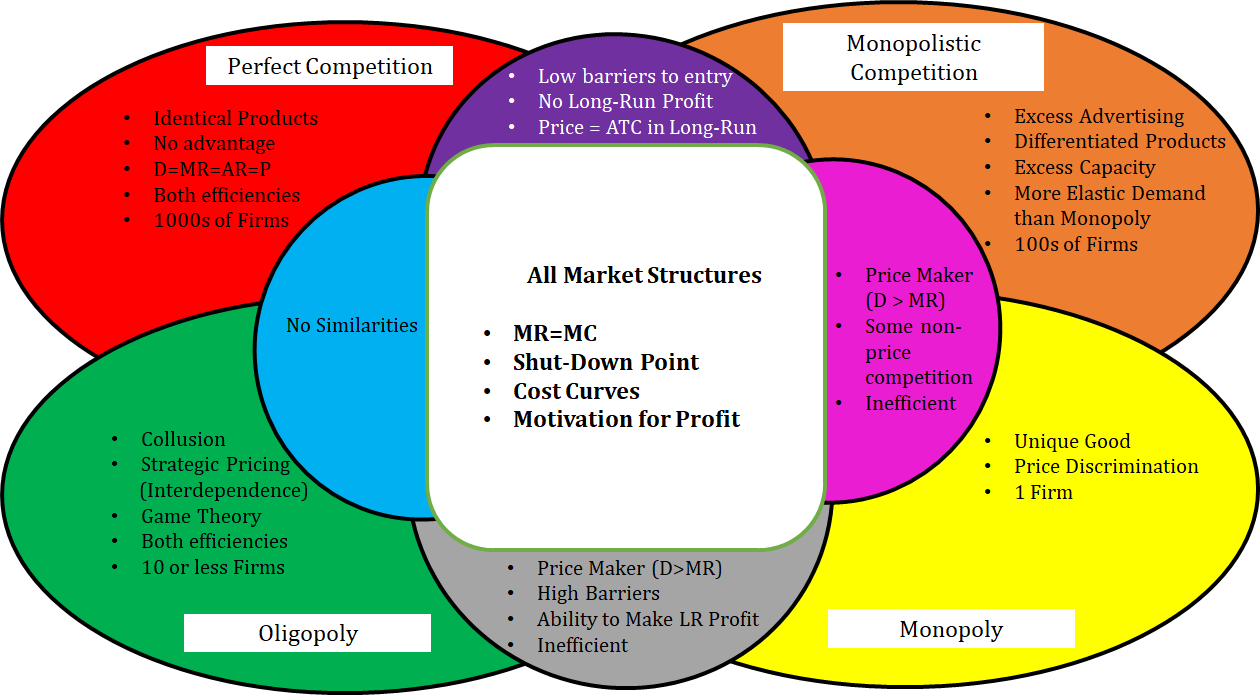