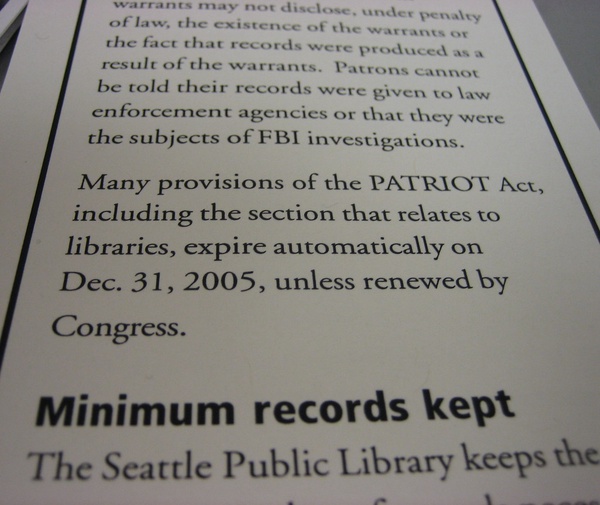 If the mid-20th century was defined by the New Deal and its liberal legacy, the end of the 20th century was defined by the Reagan Revolution and its conservative legacy, especially after 1980. The conservative legacy of the Reagan administration continued through the presidency of Democrat Bill Clinton who declared “the era of Big Government is over.”
Following the Terrorist Attacks of 9-11-2001, the federal government was expanded with the creation of the Department of Homeland Security and the passage of the USA PATRIOT Act. Increasingly, many facets of American political life came to be influenced by security and/or terrorism related concerns.
In the 21st century, domestic politics saw an increased focus as groups sought access to civil rights protections extended previously to women and racial minorities in the 1960’s. In 2015, the Supreme Court overturned the Defense of Marriage Act (1996—itself a part of the conservative legacy of the Reagan Revolution) in the decision Obergefell v. Hodges, which legalized same sex marriage 👨‍❤️‍👨👩‍❤️‍👩
In the Obama Administration, Congress passed the Patient Protection and Affordable Care Act (“Obamacare”), which mandated that all Americans obtain health insurance, prohibited insurers from denying coverage from those with pre-existing conditions, and extended health insurance for dependents to age 26. This development fits in with health care reforms attempted by every Democratic since and starting with FDR 👩🏾‍⚕️

The US economy continued to be the world’s largest and advanced rapidly thanks to new technology, especially related to computing. Globalization 🌏as a new trend emerged, especially in the 1990’s with the growth of increasingly dense economic, political, and cultural connections between nations. Globalization fueled the rapid growth of multinational corporations. These corporations, in turn, had the effect of both spreading American culture worldwide and encouraging the outsourcing of American production jobs. The combination of computing technologies, globalization, and outsourcing combined to further the shift of the American economy from a “blue collar,” or production oriented, economy, to a “white collar,” or service-based economy. At the same time, globalization led to social and political discord most notably seen in the anti-World Trade Organization (WTO) protests in Seattle in 1999. 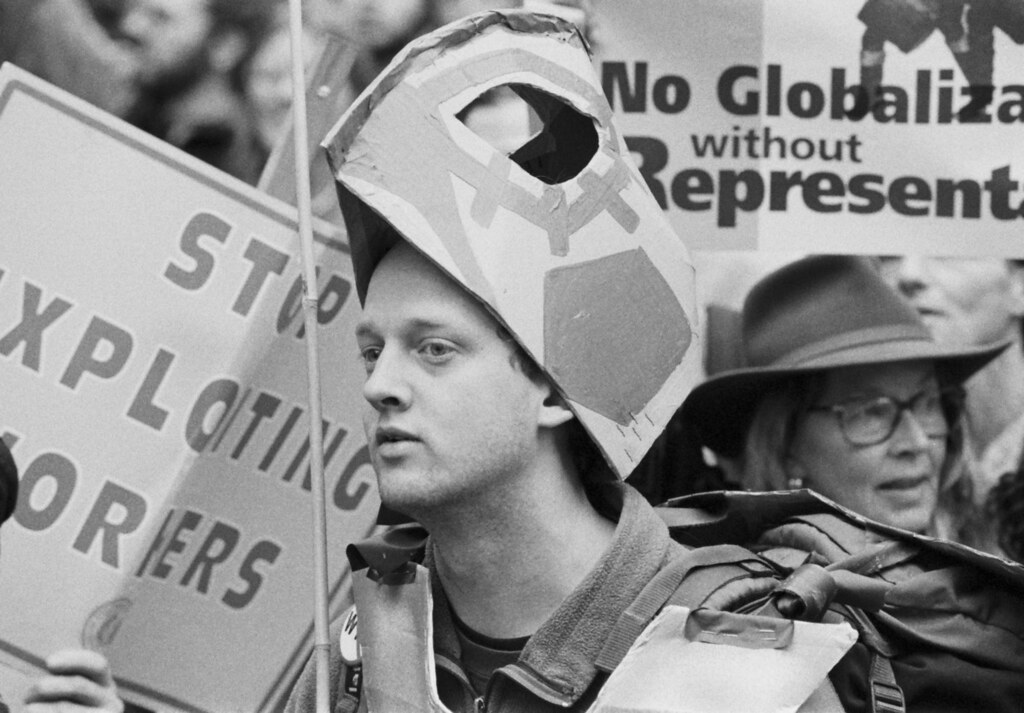 In late 2007 the US economy took a downturn primarily spiked by a crash in the housing market. This market crash threatened the survival of many major banks and American corporations and led to what has been called the Great Recession that lasted until at least 2009. The US government responded to this economic downturn primarily through intervention by the Federal Reserve, which provided loans to struggling banks ("Quantitative Easing") and by government deficit spending in the form of the American Recovery and Reinvestment Act (2008) which was a $787 billion dollar stimulus spending plan. Given that the Great Recession was the most severe economic downturn since the Great Depression, the government's response drew parallels to government action (and inaction) during the Great Depression.
Demographically, the US saw increased immigration immediately following the passage of the Immigration Act of 1965, and especially after the conclusion of the Cold War, with a peak in the early 1990’s. The US continued to see shifts in immigration, with larger numbers coming from Mexico and Central America and Asia, particularly China 🇨🇳and India 🇮🇳 At the beginning of the 20th century, Latinos surpassed African Americans as the largest minority group in the United States.

The Reagan Administration campaigned on a rhetoric of “peace through strength.” In Reagan’s first term, tensions were increased with the Soviet Union through the use of language depicting the nation as “the evil empire,” and through Reagan’s proposed creation of a ballistic missile defense program with the Strategic Defense Initiative. Ultimately, however, the Reagan Administration arranged for a series of peace talks between Reagan and Soviet Premier Mikhail Gorbachev. Out of these talks came the Intermediate Nuclear Forces Treaty and a general reduction in tensions. This improved relationship culminated with the end of the Cold War in 1989. The US was thus left as the world’s only superpower 🦾 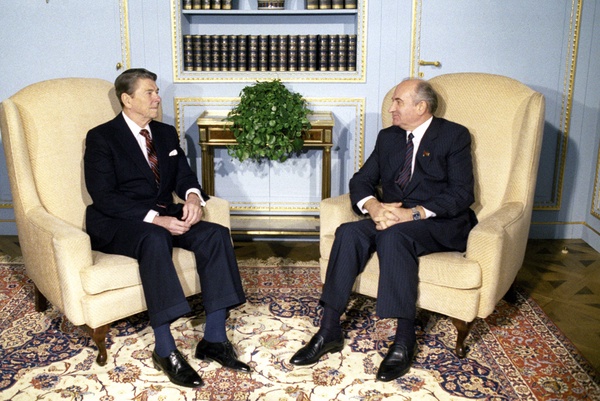 President Reagan and Mikhail Gorbachev wrapping up the Cold War (1985)

The celebration over “winning” the Cold War was short-lived: the US discovered many more problems overseas, starting with what intervention responsibilities it had as the world’s only superpower. Less than a year into the “post Cold War world” the United States led a multinational coalition to oppose the invasion of Kuwait 🇰🇼 by Iraq 🇮🇶 This campaign, Operation Desert Storm, and especially its multinational nature, was held up by George HW Bush as a model for American leadership in establishing a New World Order. American leadership was also needed in Eastern Europe during the Clinton Administration as a part of a peacekeeping operation to prevent ethnic cleansing in Bosnia.
The “New World Order” championed by President Bush was not easy to maintain and saw its apparent breakdown in the Al Qaeda-led terrorist attacks of 9-11-2001. In response to these attacks, the United States participated in a multinational campaign in Afghanistan 🇦🇫 to overthrow the Taliban government (who had supported Al Qaeda). This campaign was the first in a series of operations that has come to be known as the Global War on Terror, which included the 2003 invasion of Iraq and continued military operations to this day.

1980—Reagan elected
1989—Cold War ends
1991—Persian Gulf War
1994—Contract with America
1995—Oklahoma City Bombing
2000—Bush v. Gore
2001—9/11 Attacks
2008—Great Recession
2008—Obama elected
2009-American Recovery and Reinvestment Act
2011—Affordable Care Act
(A brief note on chronology and APUSH: APUSH doesn’t explicitly require you to know much more specific content beyond about 2003 and the War on Terror, but your textbook and class may include content from beyond 2005 that illustrates the key concepts APUSH requires you to know. A bit of advice: stick to history rather than journalism, so avoid mentioning current events or really anything beyond about 2015 or so).