Indigenous people responded to imperialist invasions and pressures in a variety of ways. In some cases, indigenous elites cooperated with imperialists in exchange for authority and opportunities for profit.
In 1857, Indian soldiers employed by the East India Company with support of the leaders of independent Indian states rebelled against British control. This event is known by many names, including the Indian Rebellion of 1857, the Great Rebellion of 1857, First Indian War of Independence, Indian Mutiny, and Sepoy Mutiny.
The British defeated this rebellion, leading to India becoming a crown colony, as the British Parliament declared the Queen of England to also be Empress of India.

In West Africa, armed groups resisted Europeans attempting to expand into the interior. In West Africa Samory Touré led Islamist force successfully limited French expansion for several decades. Similarly, the Ashanti Empire resisted the British for most of the 1800s, including during the Yaa Asantewaa War. 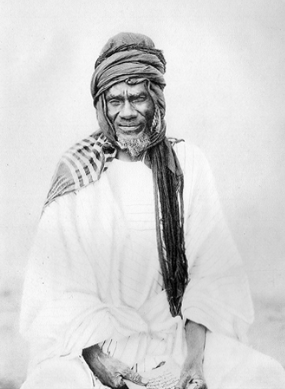 New states resisted empires. In the Balkans (southeastern Europe) new nation-states, such as Greece and Romania, broke away from the Ottoman Empire. In Africa, the Sokoto Caliphate (West Africa) and the Zulu nation (Southern Africa) formed in resistance British Expansion.
The Xhosa Cattle-Killing Movements was a similar religious response to displacement from British and Dutch settler colonialism in Southern Africa. While in northeast Africa the Mahdist wars combined traditional Islam with a military organization in opposition to Anglo-Egyptian control of Sudan.

American Indian resistance to Euro-American expansion was another form of anti-imperialism. The Cherokee Nation was a new state formed in response to imperialism at the beginning of this period. At the end of the period, with the United States, a much more powerful state, the Ghost Dance movement on the Great Plains used a new religious vision to oppose cultural imperialism.👻
The 1800s were a time of massive imperialist expansion which in turn created many resistance movements and organizations. Those described above are illustrative examples from the College Board course description, and students can use any other significant example of resistance in their writings, such as the Afghan Wars or the Boxer Rebellions.
Other indigenous people organized armed resistance to expanding empires throughout this period. In 1780 an Indian leader from the Andes took the name Tupac Amaru II led a bloody revolt against the Spanish Viceroy of Peru that shook, but did not break imperialist control 💪.