Stress! We are all, unfortunately, familiar with the feeling of stress. When we experience certain events called stressors, we feel threatened or challenged, which, in turn, is stress.
When we are stressed, we could either have a physical reaction or an emotional reaction. Being stressed isn't always a negative feeling, though. If it's a short-term stressor, or a challenging one, we could easily overcome it, and it gives us a positive feeling or boost 🚀
An example of this, which you are probably familiar of, is when you are stressed for an exam. Being moderately stressed actually improves your performance (Yerkes-Dodson law), so in this case, it is a positive stress.

There are three main stressors in our lives:
Stress could be very detrimental to our health, so it is important that we take care of ourselves 🛀💅

You are probably very familiar with this, but it is our stress response that involves the sympathetic nervous system and arouses us.

Psychologist Hans Selye came up with this stress response that has there phases: 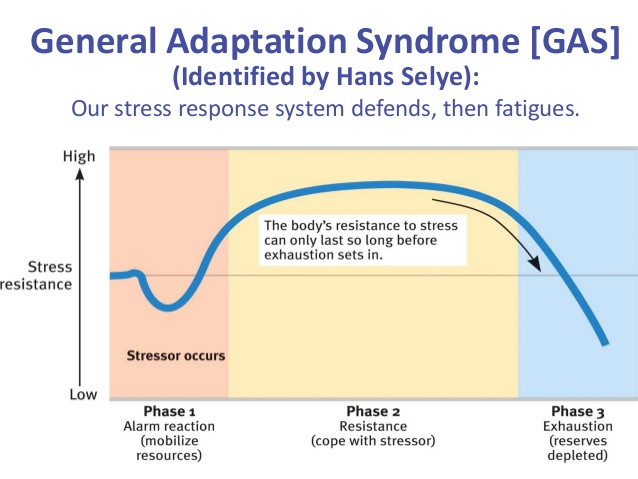 There are two main ways of dealing with stress:

Lewin took fight or flight but made it more complex and created different ways people address the stress causing conflict:

Prolonged exposure to stress can cause stress-related illnesses like heart disease, cancer, a stroke, and chronic lung disease. These could also be called psychophysiological illnesses.

Cortisol is a hormone associated with stress. While small amounts give benefits in the short term, prolonged exposure can cause significant health problems.

When people are stressed, sometimes they get into unhealthy behaviors, such as smoking🚬, drinking🍹, and consuming drugs.

There are sooo many AP FRQs that include at least one phase of the general adaptation syndrome. Here are a few if you want to try them out:

The following question is part of #2 on the 2015 AP Psychology Exam.
Chandler and Alex were transferred to a new city and needed to find a new home 🏠 They carefully considered every house within their price range and finally purchased one that met all their criteria ✔️ (Part A questions)
One month before the move, Chandler and Alex asked friends to help them organize and pack their belongings. One week before the scheduled moving day, they learned that they needed to move out within 48 hours, so they quickly 💨 finished packing.
👉Scoring guidelines for this question

The following question is part of #2 on the 2017 AP Psychology Exam.
Sachio traveled to a prestigious college to audition for a music scholarship. After he arrived, he learned that his audition had been rescheduled for late in the day. Sachio was required to play several difficult pieces on his saxophone 🎷and interview with the judges. Just before leaving campus, he was offered a full scholarship to the college. Explain how the resistance phase of the general adaptation syndrome contributed to the success of Sachio's visit.
👉Scoring guidelines for this question

The following question is part of #2 on the 2018 AP Psychology Exam.
A survey was conducted to determine the state of the physical and psychological health of high school students. Some of the survey questions related to student stress levels and student absences due to illness. The data on these variables are displayed below. 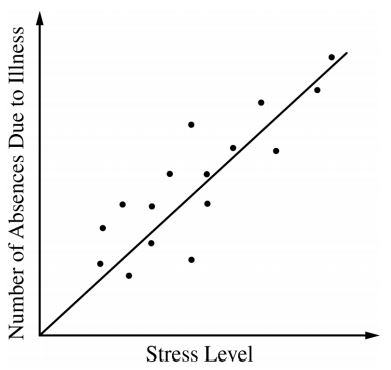 Image Courtesy of College Board.