Your sense of hearing is often called audition, but how do we hear sound? It happens when the vibration of sound waves are converted to neural impulses. Each vibration causes molecules to compress and expand; the greater the compression, the higher the amplitude, and the louder the sound. Another characteristic of a sound wave is frequency, the number of complete wavelengths that pass a certain point in one second. The frequency determines the pitch, which is how high or low a sound is. The shorter the frequency, the higher the pitch.

👂Parts of the Ear

Your outer ear, which is often called the pinna, is where the process begins. The pinna channels the sound wave into the ear canal. Then, a mechanical chain reaction sends the sound waves down through the outer ear to the eardrum. The eardrum is a tight membrane, and when sound waves hit it, it vibrates. Right after hitting the eardrum, three bones in the middle ear (hammer, anvil, stirrup) pick up the vibrations and transmits them to the cochlea. 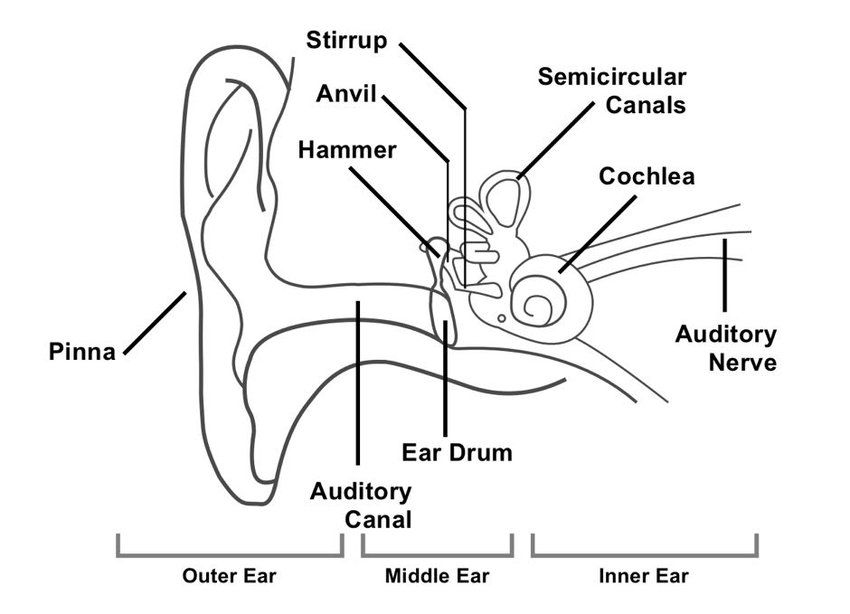 The cochlea is where the physical stimuli of the sound wave is converted into a neural impulse. Vibrations from the middle ear cause the oval window (cochlea’s membrane) to vibrate, pushing the fluid inside the cochlea. In the cochlea is the basilar membrane lined with hair cells that are bent by vibrations. These hair cells transduce mechanical energy into neural impulses, similar to the process that happens at the retina in the eye. The hair movement triggers impulses in nearby nerve cells that form the auditory nerve. Similar to the optic nerve, the auditory nerve sends messages to the thalamus, which are sent to the auditory cortex in the temporal lobe.
Note: The inner ear contains the semicircular canals and the vestibular sacs, along with the cochlea. These have to do with your vestibular sense. 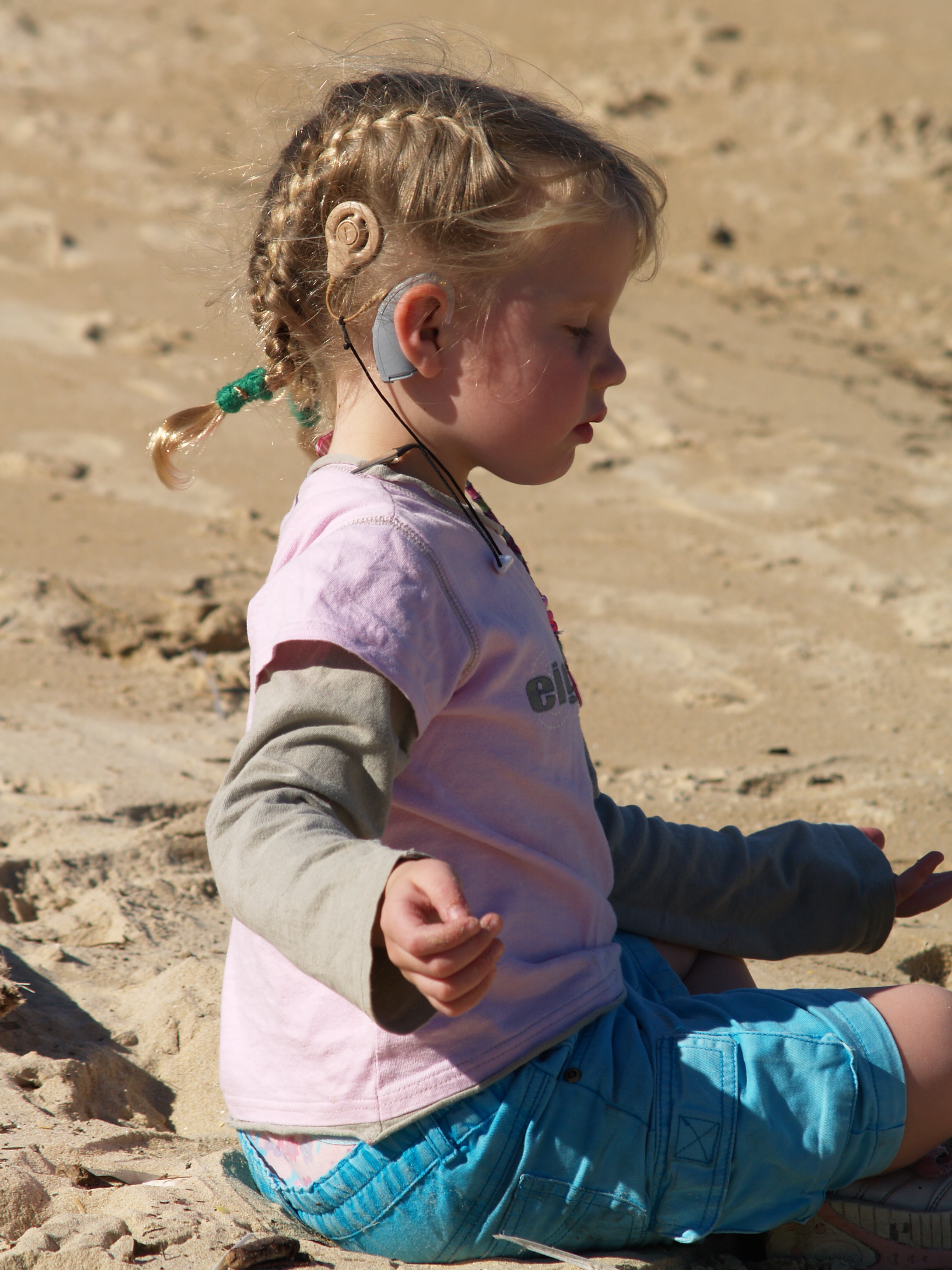 How do we hear different pitches? Two different conclusions were made about this phenomenon:
These two theories explain why we hear low and high-pitched tones, but what about mid-tones? The volley principle explains that since neurons cannot fire more than 1000 times in a minute, some neurons alternate firing. These neurons then fire in succession so fast that they create a combined frequency above 1000 waves/second.
Quick note: We measure sound in decibels. 0 decibels = absolute threshold for hearing. A rock band at close range is about 140, a normal conversation is about 60 decibels.

Having two ears, just like having two eyes, is much better than having one. The placement of our two ears on different sides of our head allows us to determine where sounds are coming from. If you are sitting in class and your buddy to your left calls your name, the sound waves of his voice will hit your left ear before the right because it has a bit more distance to travel. That's how we localize sound. But when the sound is coming from behind you, above you, in front of you, or below you, it is much more difficult to locate a sound. Therefore, tilt your head to help you locate a sound. Doing so gives your ears different intensities of the sound, making it easier to locate the source.
🎥 Watch: AP Psychology - Auditory Sensation and Perception