Parts of the Neuron

Neurons are our body’s nerve cells which make up the nervous system. For a neuron to fire, or communicate with another neuron, information must first be gathered in by the dendrites of the receiving neuron. From there, the information passes through the cell body to the axon. 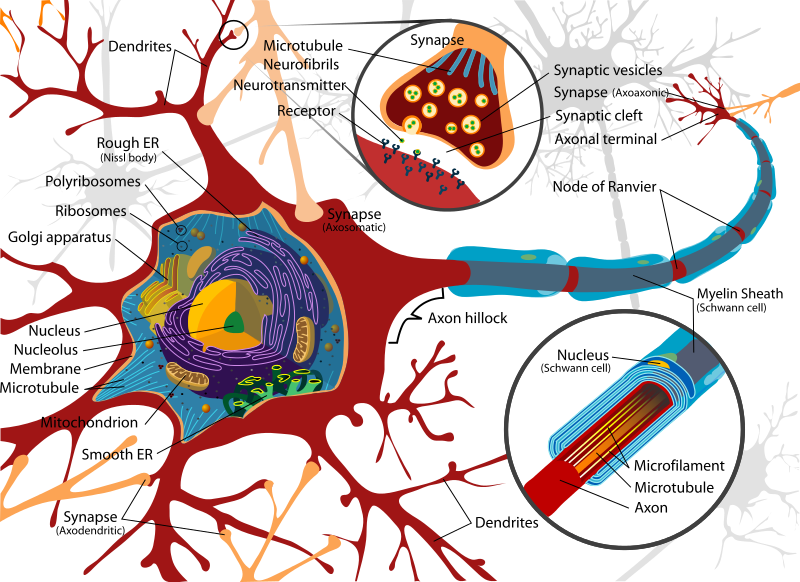 Action potential must occur for the message to continue to travel down the axon. This only occurs if the neuron’s threshold has been met - meaning it has received enough stimulation🔋 from the original sending neuron. If this threshold is met, the action potential occurs and the message travels down the axon via a process of depolarization. If the threshold is not met, nothing happens. Neurons have an all-or-none response - they either fire or they don’t.
There are two types of signals / neurotransmitters: 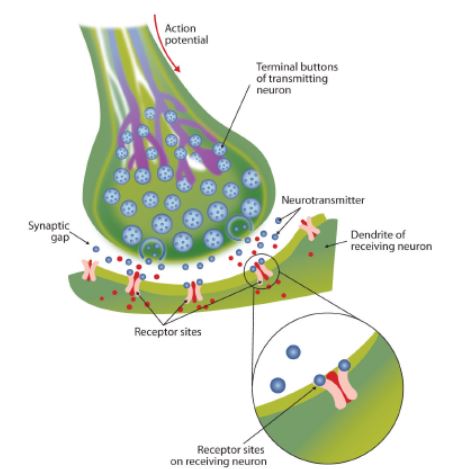 After a neuron fires and reaches action potential, it goes into its refractory period, where it cannot fire. This period of rest😴 prevents one signal from combining with another.
Then, the neuron reaches the resting potential, where the cell is polarized and ready to fire again once it reaches threshold.
🎥Watch: AP Psychology - Neurons and Neurotransmitters