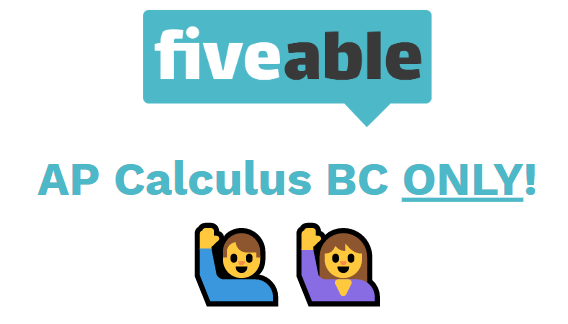 This first, longer part of the guide concerns the behavior of numerical series and whether they have an actual sum as the number of terms approaches infinity. There are many tests and methods that we can use to answer this question, each working on specific cases. However, before we can answer this, we need to first talk about what sequences and series are first.

What is a Sequence?

Here is how we represent sequences: 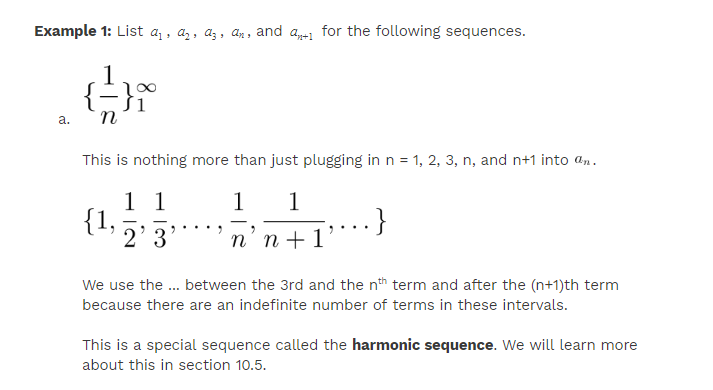 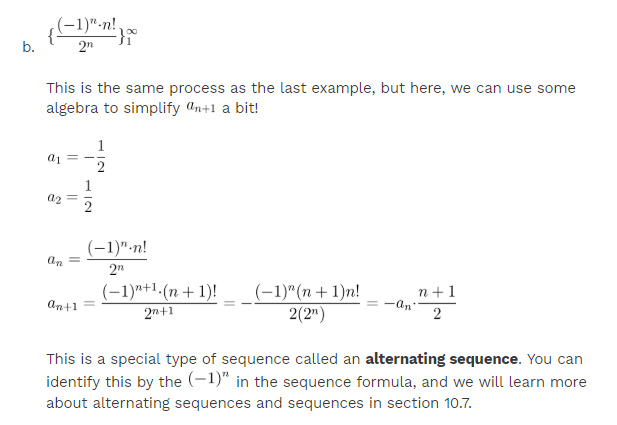 The Limit of A Sequence

Like functions, sequences have limits! These are found in much the same way that the limit of a function is found, but in this unit, we are only interested in finding out the limit as n approaches ♾️. Also note that all limit properties that hold for regular functions hold for sequences as well.

There is also a special theorem that holds for sequence limits as well which will be useful for.

We will not be doing any examples specifically geared towards finding limits of sequences, but these will be used in other applications as well.

The first of these is finding out whether a sequence is convergent or divergent. The words convergent and divergent will show up a lot in this unit, so stay alert! 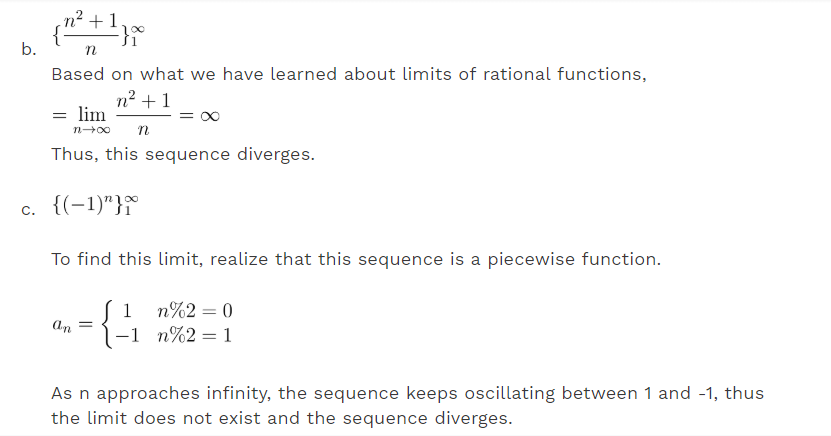 Some Notation and Terminology on Sequences

Before we move on to series, there is some terminology that we have to cover real quick when we talk about sequences.

These definitions lead to a theorem about sequence convergence.

Now that we understand sequences, let’s start talking about series!

What is a Series? 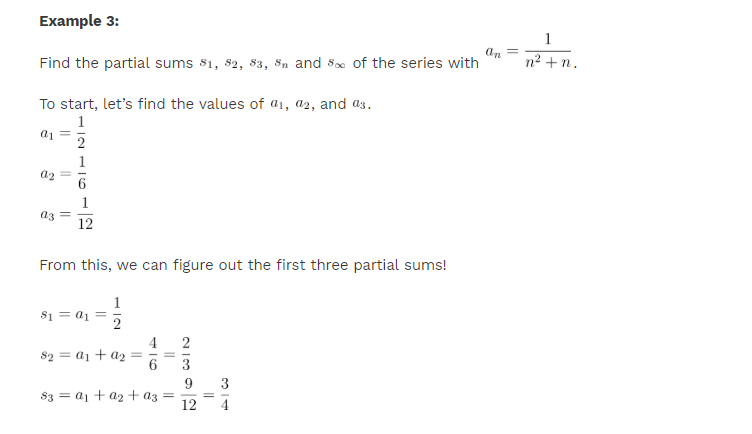 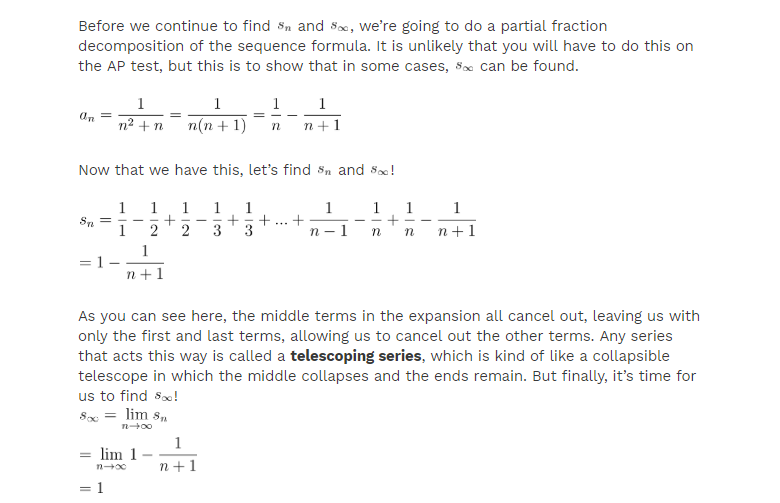 Convergence and Divergence of Series

Since the series we just did has a finite value for the infinite partial sum, the series converges. In the rest of the first part of the unit, we will find a way to determine whether a series is convergent or divergent, so don’t worry if you don’t know this yet!

Here are some properties of convergent series that will be helpful throughout the unit!