What is the Island Biogeography Theory? 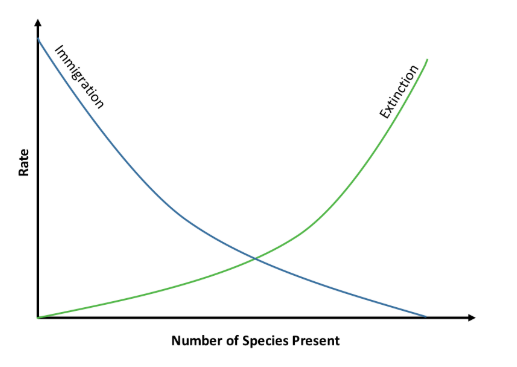 As extinction increases, immigration decreases. The point of intersection is the equilibrium for the island. Islands that are closer to the mainland (or other large islands) will have higher rates of immigration. However, as more species inhabit the island, immigration will decrease (no more room). With more species come higher extinction rates. 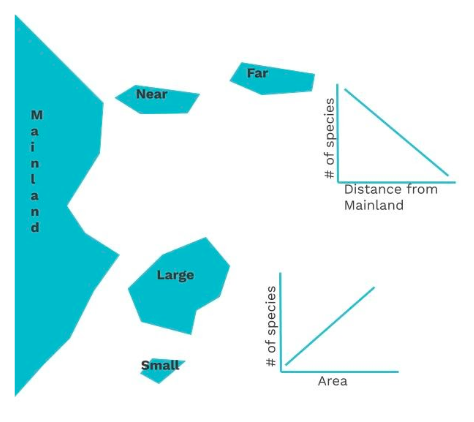 Size and distance are important. Larger islands hold more species than smaller islands. Closer (to the mainland) are easier to reach than farther.

An excellent example of the IBT’s effects on evolution is Darwin’s Finches found on the Galapagos Islands. A small population was blown over to the island chain from Ecuador by a hurricane. The islands’ distance from the mainland affected the birds’ evolution.

Since there was no further immigration from the mainland, the birds adapted to the islands and evolved away from their mainland cousins. Each island also had its own pressures (food type and habitat) that pushed evolution more. There are now fifteen species living on the Galapagos Islands.