4.2 The Rise of Political Parties and the Era of Jefferson 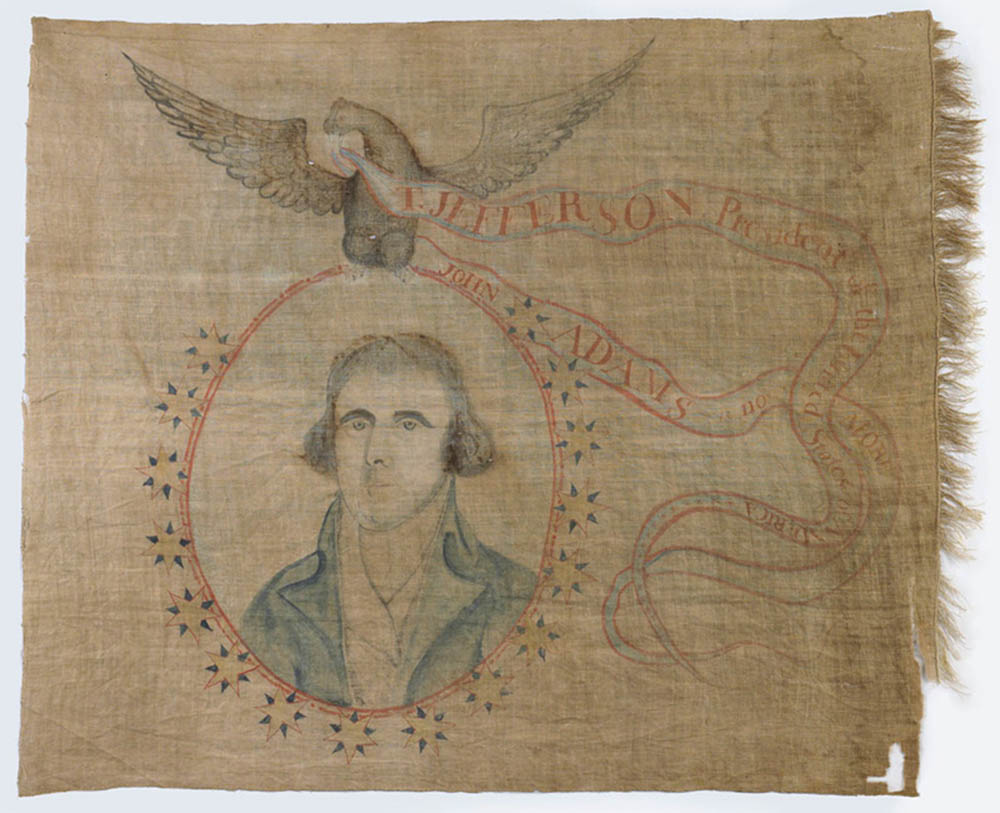 Thomas Jefferson’s victory over John Adams in the election of 1800 was celebrated through everyday Americans’ material culture, including this victory banner. Smithsonian Institute, National Museum of American History.

The Election of 1800 involved personal attacks by both parties and Thomas Jefferson became the president.

The fall of the Federalists led to a period of time called the Era of Good Feelings, because there was only one political party, the Democratic-Republicans, and little debate. Yet, this phrase is debatable as it actually increased sectionalism between the North and South and eventually led to the Second Party System, which would divide the country further.

🎥 Watch: AP US History - The Era of Good Feelings

The presidency of Jefferson brought new territories through the Louisiana Purchase. Since Napoleon had failed to take back Haiti, Louisiana became useless. Thus, Napoleon offered 828,000 square miles for about $15 million, or about 3 cents per acre. Jefferson quickly purchased it, although he was worried about the constitutionality of his decision.

John Marshall led the Supreme Court for 34 years. His leadership increased the power of the federal government while decreasing the power of state governments.

One well-known case, Marbury v. Madison, started due to Adams, the president before Jefferson, appointing midnight judges right before the end of his term. The next day, President Jefferson repealed and refused to give some commissions that haven’t been sent yet. One appointee (William Marbury) sued to get his, but the Supreme Court declared that while it was illegal not to deliver the commission, it would not be handed over through force.

This case established the practice of judicial review, where the Supreme Court could judge actions of other branches of the government and deem them constitutional or unconstitutional. This had been the first time an act of the president was ruled unconstitutional.