4.5 The Function of Political Boundaries

Boundaries have always been fluid, so they can also bring about disputes.

Definitional disputes are disagreements on how to interpret legal documents. For example, Chile and Argentina are separated by the physical boundary of the Andes Mountains. However, there are disputes on the southern end because they are sparsely populated and were never clearly defined.

Locational disputes occur when entities have different ideas of where a boundary should be placed. An example of this was Post-WWI where the boundary between Poland and Germany was disputed. While the line was drawn in the Treaty of Versailles, there were ethnic Germans on the Polish side, which led Germany to dispute the boundary, especially as the Nazis began expanding.

Locational disputes can lead to Irredentism, which is a type of expansionism when one country annexes another because it has cultural ties to the population. This is exactly what the Nazis did by annexing Austria under the pretext that ethnic Germans in the area gave them the right to reclaim the territory as their own.

Operational disputes involve a discrepancy about how the boundary functions. During the Syrian conflict that began in 2011, refugees fled in droves to neighboring countries (an example of Ravenstein’s Laws of Migrations). The drastic flood of people escaping the war created disputes about who would be responsible for them, a responsibility that mostly fell on neighboring countries.

Allocational disputes involve natural resources. Because boundaries create an invisible wall from land to sky, this also draws a line between any resources discovered underneath the land. In 1990, Iraq invaded Kuwait on the premise that they were drilling oil on the Iraqi side, breaking the limit of the boundary.

The Law of the Sea

The Law of the Sea addresses issues with states and their water boundaries. The Territorial Sea includes 12 miles of complete sovereignty away from the coast. The Contiguous Zone has limited sovereignty up to 24 nautical miles from the coast. The Exclusive Economic Zone (EEZ) is up to 200 nautical miles to explore in and extract materials from. High Seas is anywhere past the EEZ. 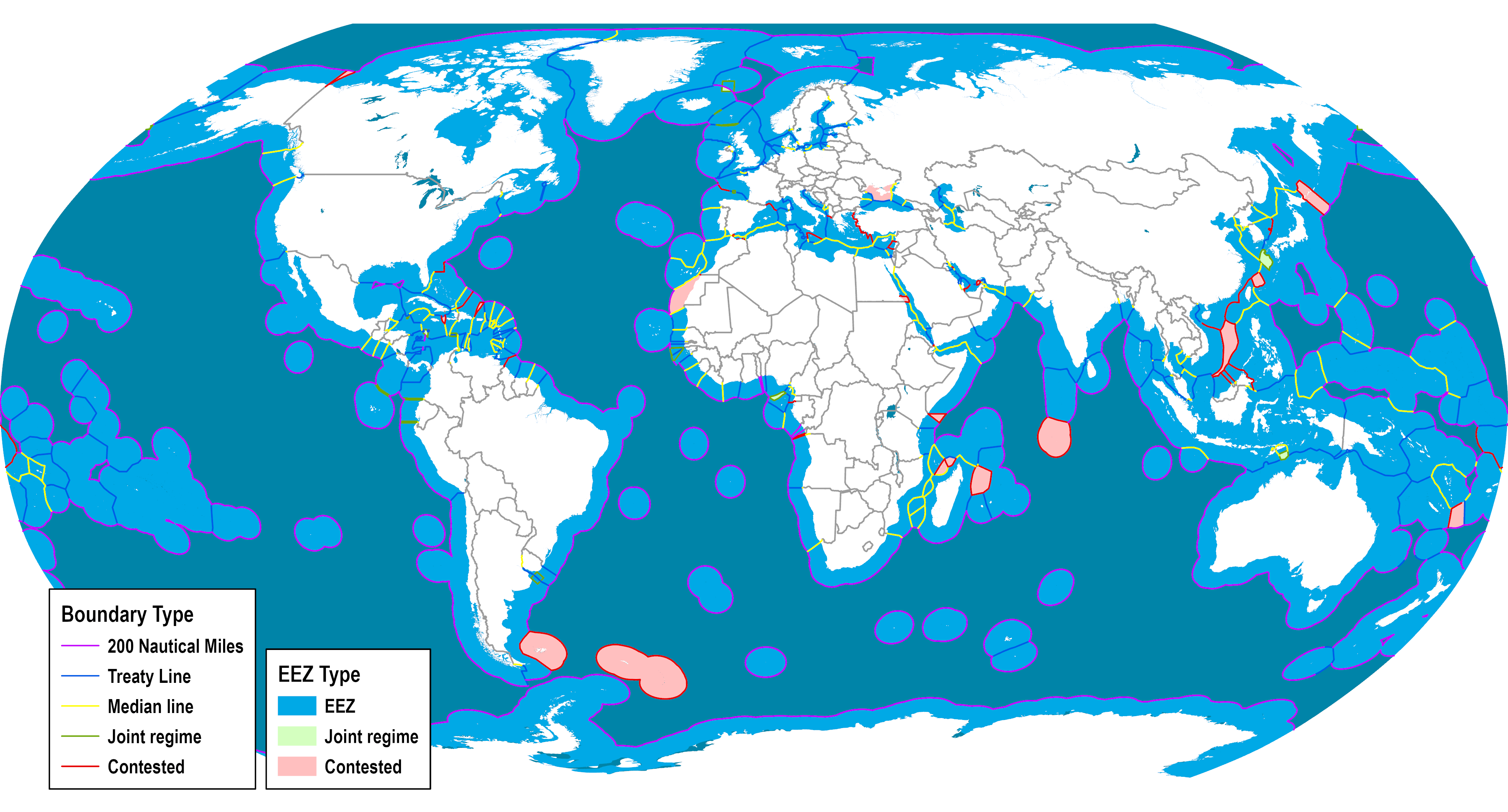