Up until this point in the course, all of the motion covered has been described in terms of linear terms (Forces, velocities, displacements, etc.) However a great deal of motion in the world isn’t about an object traveling anywhere, but instead rotating around a fixed axis (wheels, Merry-Go-Round, record/CD/DVD players).

This unit serves looks at the concepts already covered in units 1-6 and applies them to a rotating object instead of an object moving in a straight line. These topics will account for ~10-16% of the AP exam questions and will take approximately 12-17 45 minute class periods to cover. 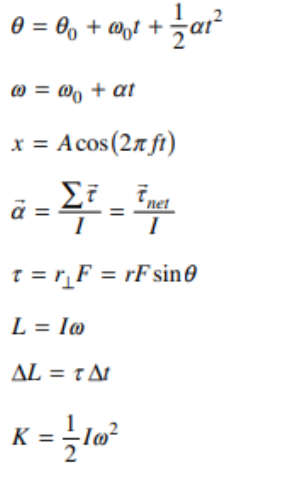