All forces share certain common characteristics when considered by observers in inertial reference frames. (A frame of reference in which a body remains at rest or moves with constant linear velocity unless acted upon by forces)

An observer in a reference frame can describe the motion of an object using such quantities as position, displacement, distance, velocity, speed, and acceleration.

For rotational motion we define these quantities in terms of radians instead of meters. 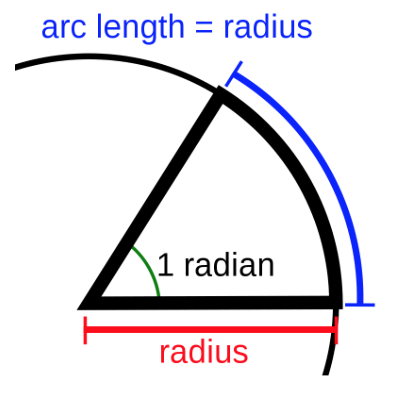 Imagine taking the radius of a circle and wrap it around the circumference. It will create an angle whose arc length is equal to the radius. The angle that is created is 1 Radian.

Angular Displacement - represented by the angle 𝜃 in radians 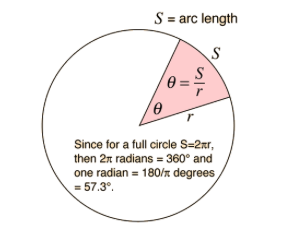 Angular Velocity - change in angular displacement over time. It can also be calculated from the frequency of the object’s rotation. 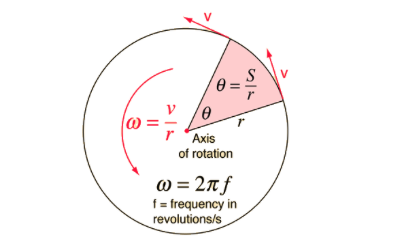 All of the linear terms can be related to their rotational term by the following equations (r = radius of the circle). These are NOT on the reference table.

In Kinematics there are four major equations you must understand to begin calculations. They relate acceleration, displacement, initial and final velocity, and time together.