Land use and environmental problems linked to the expansion and decline of urban communities include suburban sprawl, poor sanitation, air & water quality, remediation & redevelopment of brownfields (former industrial areas that are now rusted brown), farmland protection, and energy use.

Suburban sprawl, or suburbanization, is the growth of cities outside of the major urban area. Suburbs grow in the galactic city model due to the interstate highway and the availability of goods outside of the major city, referring to Central Place Theory. Cheaper land costs allow families to have more room for the American dream ‐ a single family home. The effects of suburbanization are declining central city use, uneven development, declining park space, and pollution as suburban and urban sprawl both continue. One effect of suburbanization is placelessness; this is the feeling that you are in the same place wherever you go because the landscape is homogenous like we discussed in Unit 1. For example, a strip mall with TGI Friday’s, Walmart, and Hot Topic looks the same in Minneapolis as it does in Houston. This conflicts with the sense of place that humans have imprinted onto our cultural landscape.

Another consequence of suburban sprawl is the encroachment on land used for agriculture and other green spaces. As developers look for new places to locate new housing projects, they clear the forests and brush. They also buy farmland and push the farmers even farther out of the urban zone making it harder to sell their goods.

In developing countries, these areas outside of the city‐center are called slums, ghettos, and shantytowns. It is a district of a city marked by poverty and inferior living conditions like the disamenity sectors. In Brazil, they are known as favelas. In Peru, they are known as barriadas. In either country, these areas are a mixture of people, many who take part in the informal economy. Some are squatter settlements, where they just put up a homemade structure on a piece of land and occupy it, while others pay rent to owners who allow them to stay in the precarious housing situations. Some have access to water and electricity, and others do not.

The municipalities have a hard time keeping up with the growth, and some cities don't even try to keep up. These people are also some of the most vulnerable to environmental catastrophes such as floods and earthquakes as they can easily destroy their fragile homes. The severe lack of infrastructure means that there will be high levels of pollution and low levels of air and water quality. Below is a picture of a shantytown in Rio de Janeiro, Brazil. 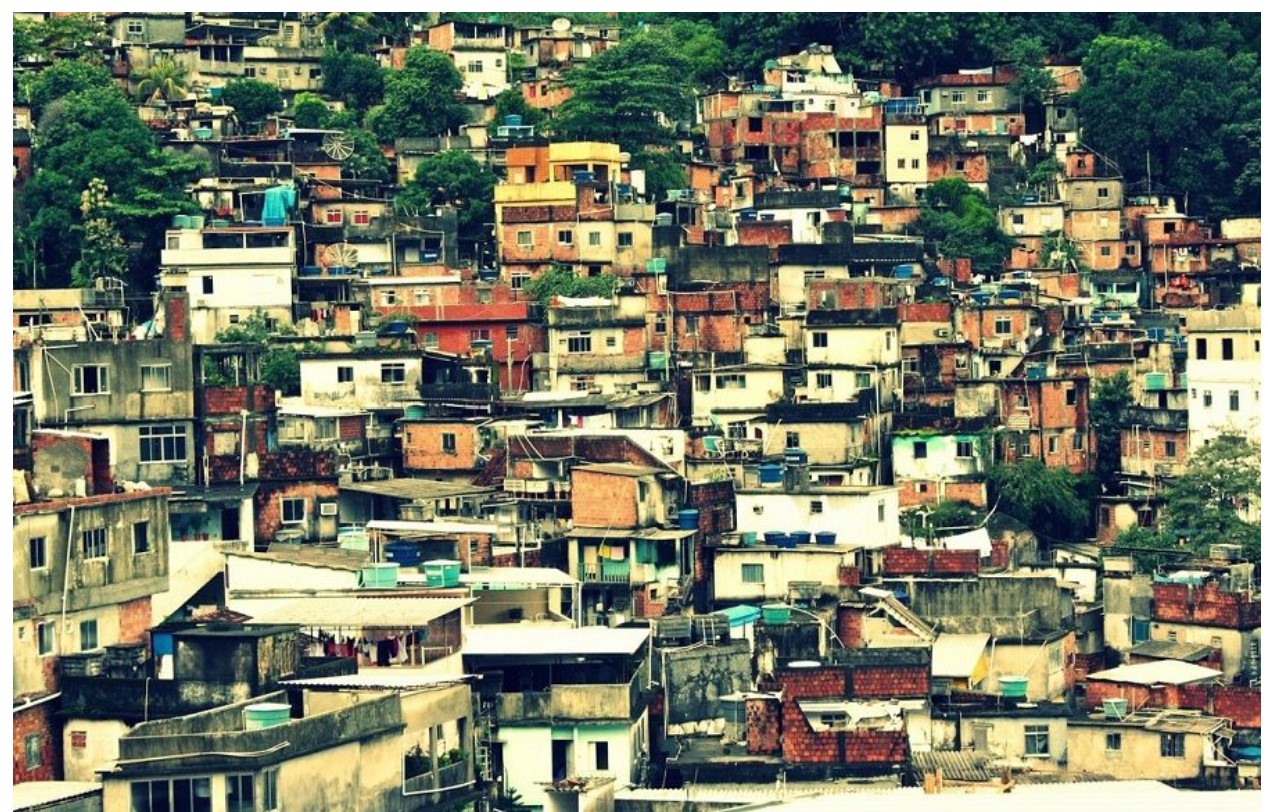