8.1 Finding the Average Value of a Function on an Interval

What is the Average Value of a Function? 🤔

The average value of a function is one of the first crucial aspects of integration that you’ll learn in your AP Calculus class. This topic will allow us to solve problems involving the accumulation of change over an interval. With it, you’ll be able to understand more complex topics of integration. 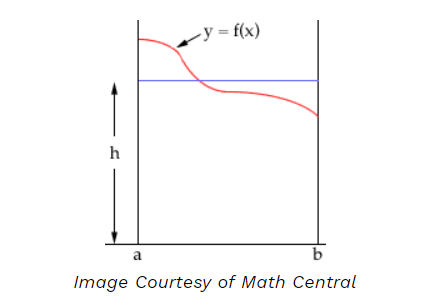 How do you find the Average Value? 🔍

Now, I know what you’re thinking; you just have to average all the numbers together, right? Well, not exactly. When you have a set of numbers, you can average them together because there’s a finite number of data points. However, if there are an infinite number of data points, you cannot simply add them all up and divide by how many there are. This is where calculus and integration come in.

Suppose f is a continuous function defined over an interval [a, b]. In particular, f(x) exists at every one of the infinitely-many points x between and including a and b. In order to find the average value of a function, we use the formula below:

While this formula looks confusing at first, it is actually pretty simple when you break it up. First, let’s look at the integral. When we want to find the average value, we integrate f(x) from a to b with respect to x. This calculates the area under the curve from a to b. Now, let’s look at the fraction in front of the integral. Here, we find the difference between a and b and then multiply its reciprocal by the area under the curve. After all of that, we get the average y-value of the function.