Okay, let’s break this down: 🔍

The second condition states that  f must be differentiable on (a, b). Note that this time, it’s an open interval. An equation is differentiable at a if it is continuous at a and if lim x->a [f(x) - f(a)]/(x - a) exists. Most continuous equations are differentiable unless they have a corner (as in an absolute value function)

If we meet these two conditions, then we can conclude that there exists a point c on (a, b) such that f'(c) = [f(b)-f(a)]/b-a. In other words, there is a point where the slope of the tangent line is equivalent to the slope of the secant line between a and b. 😁 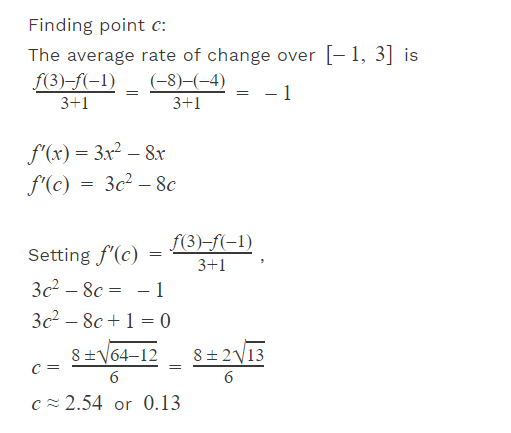 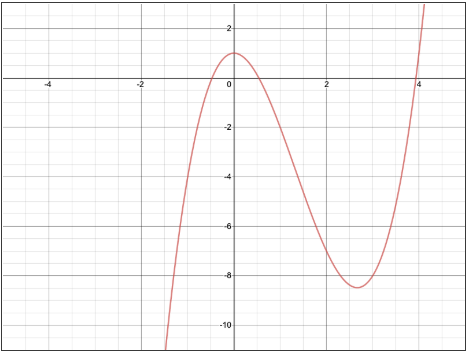 Note: [f(b)-f(a)]/(b-a) is equivalent to the slope of the line that connects points a and b (recognize the Point-Slope formula from Algebra I?) which is known as the secant line between a and b. The slope of the secant line is also the average rate of change between two points, while the derivative is the instantaneous rate of change or the slope of the tangent line at one point. I’ll use them interchangeably so that you can start to recognize them in context since the College Board likes to switch up the vocabulary to confuse you. ⛰

From the Mean Value Theorem, we can derive Rolle’s Theorem, which simply states that if f(a) and f(b) are equal to each other, then there will be some point on the graph where the slope of the tangent line is equal to 0. ✔