3.7 The Articles of Confederation

So what kind of laws did the U.S. have before the Constitution? After declaring independence from Britain, the Second Continental Congress asked each state to create its own state constitution. The states would write laws that reflected the new ideas of democracy.

The new written laws would include bills of rights, and yearly elections of legislators and weak executive branches. Massachusetts drafted their constitution and then submitted it to the people for ratification. This would later be copied in ratifying the national Constitution.

America did not have a stable federal government to control commerce or deal with foreign nations. The Articles were not strong enough to manage the new country, which meant a new set of laws were needed.

The weak economy was a further problem. States were arguing over tariff rates and whether they should charge each other. Debtors did not like the policies of the government.

One positive aspect of the Articles of Confederation was that Congress placed newly acquired western lands under its control for the benefit of all states. The Land Ordinance Act of 1785 allowed the federal government to sell western lands to pay off the national debt and organize these new lands into townships and public schools. Later, the Northwest Ordinance of 1787 provided that when a new territory reached a population of 60,000, it could then apply for statehood with no slavery allowed. This ordinance is considered the one successful act under the Articles of Confederation. 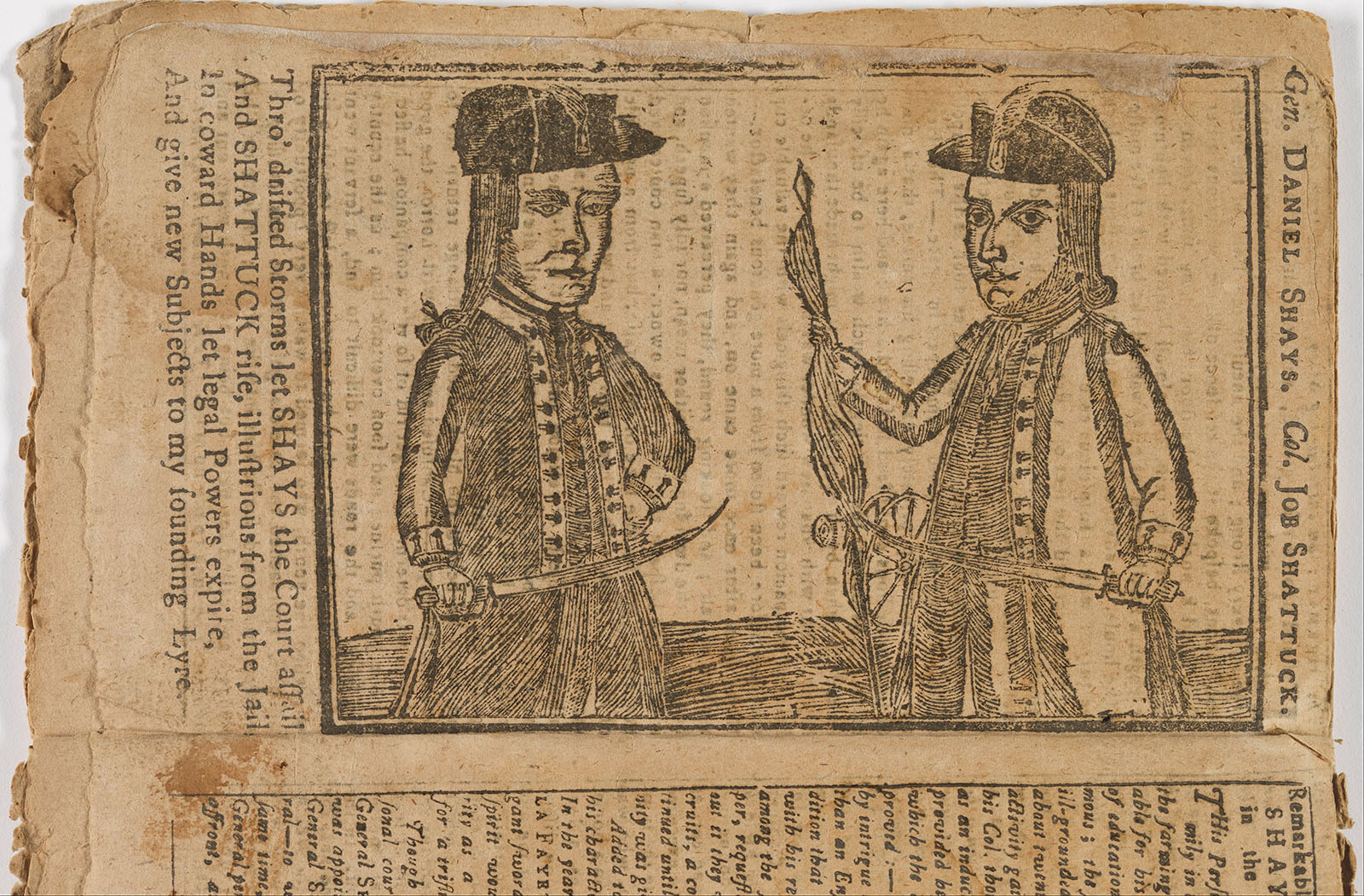 Daniel Shays became a divisive figure, to some a violent rebel seeking to upend the new American government, to others an upholder of the true revolutionary virtues Shays and others fought for. This contemporary depiction of Shays and his accomplice Job Shattuck portrays them in the latter light as rising “illustrious from the Jail.” Unidentified artist, Daniel Shays and Job Shattuck, 1787. Wikimedia.

In 1786, a revolt happened in Massachusetts called Shays' Rebellion. Daniel Shays led other angry farmers and disgruntled Revolutionary War veterans in a fight against a small army from the state. The state army crushed the rebellion, but many property owners were afraid of potential anarchy and these violent debtors. Essentially, this was the straw that broke the camels back, showing the weakness of Articles of the Confederation and the need for something different.