Before we dive into the predominant world or even a phrase, let’s review harmonic functions. Always remembering these can be either in a major or minor key. 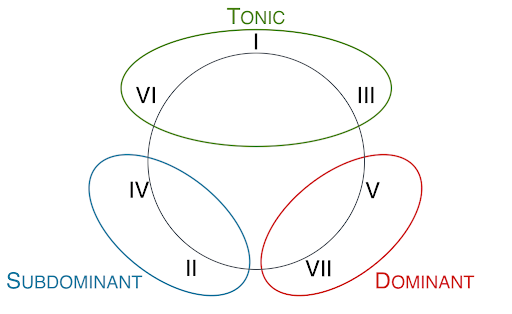 Tonic: Chords I, VI, or III

In unit 4 we discussed how a dominant-tonic motion completes the basic phrase structure, and this is called a cadence. Now we are going to add an additional chord. This chord is going to have a predominant function because it will be placed BEFORE ⬅️the dominant. The pre-dominant chord is also commonly called a sub-dominant.

Pre-dominant harmonies (ii and IV) – and their minor keys equivalents- are so named because they LEAD to the dominant. That is now ii-V or IV-V. Think of it as a preparation of the dominant. Its function is to expand the basic phrase going from T-D-T to T- PD- D- T. This type is phrase is more used than T-D-T. 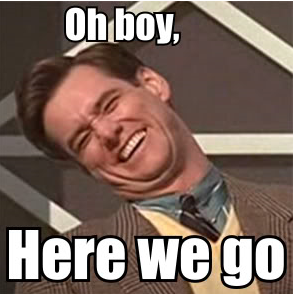 Now that we know what the predominant chords are, we have more options or choices to create a new phrase, follow this template to construct your basic phrase- T- PD- D- T.

Considering the new options, you have with the predominant chords: What are some of the differences or choices that you have in Major Keys vs. Minor Keys? What remained the same?

How exactly did we get there? 🤔 That's right, BEFORE dominant! The voice leading on a predominant must follow contrary motion against the bass. This way, you avoid parallelism and other voice-leading errors. 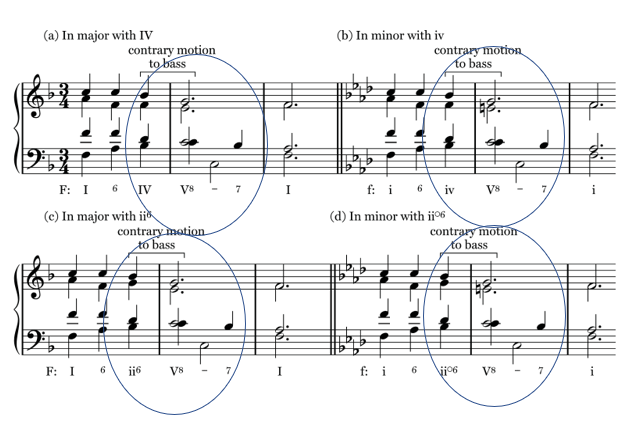 Contrary motion with bass will help you avoid voice-leading errors when working with pre-dominant chords. Image from: The Muscicians Guide for Theory and Analysis. Third edition. 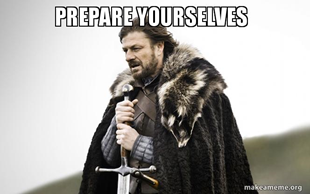 As you are figuring out now, contrary motion will help us most of the time, however, there are still rules we need to double-check ✅ when writing ✍️harmonies. When a predominant chord moves to a V⁷, the chordal seventh (the seventh of the chord) needs to be prepared by a common tone. In order for that to happen, you must choose carefully which chord is appropriate while keeping in mind that a V⁷ chord has 4 notes. To avoid parallel 5ths, you must always go in contrary motion and keep common tones when possible. Here’s a nice view of what your options might look like:

a) Parralel 5ths between soprano and bass. b) Contrary motion agaist the bass. C) and d) Two common tones, always keep common tones when possible. This is always a good idea. Image from: The Muscicians Guide for Theory and Analysis. Third edition.