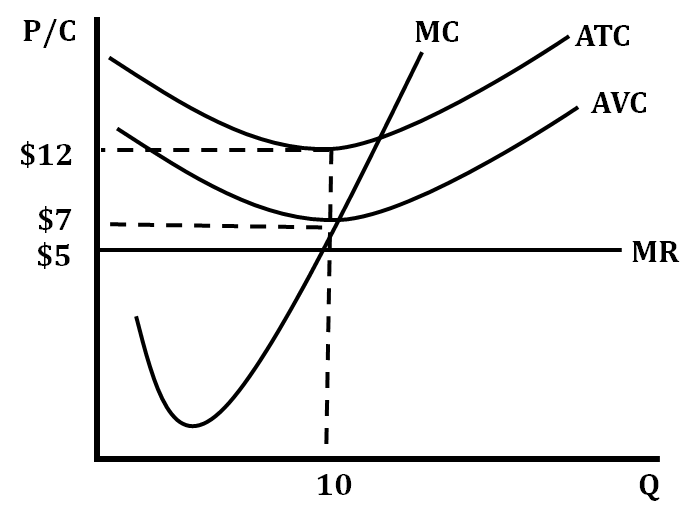 In the graph above, you can see that at the profit maximizing (MR = MC) quantity of 10, the price is below the AVC of $7. Based on the shutdown rule, this particular firm would choose not to operate and, instead, pay their fixed costs because that would be less than its overall costs if it were to continue to operate.

Remember the vertical difference between the ATC and AVC represents the AFC and that is how we determine that the AFC is $5 ($12-$7). We then multiply it by the number of products they are producing. We get a total fixed cost of $50, which is less than their economic loss if they chose to continue to operate.

Long-Run Decisions to Enter or Exit the Market

When a firm is earning either a profit or a loss in the short run, it serves as a guide for other firms to either enter or exit the market. If the firm is earning a loss while still continuing to operate, then we will see firms exit that particular industry in the long-run.

In the graph below, we have a particular firm that is earning a loss in the short-run but is still operating. As a result of this situation, in the long-run, we will see individual firms start to leave the industry because of the lack of profit that is available.

The graph shows that the total revenue earned would be $50 (10 x $5) but the total costs are $120 (10 x ATC of $12), so they are earning an economic loss of $70. Their fixed costs are $90 (vertical difference between ATC and AVC, $9, multiplied by the quantity, 10). Since their fixed costs are greater than their economic losses, and AVC < Price, they will continue to operate rather than shut down. However, we will see firms start to leave this industry as there is no potential for profits. 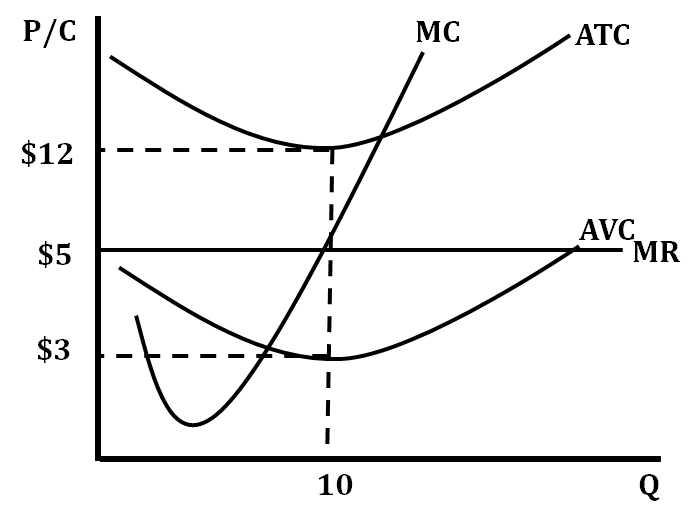 In the situation where the firm is earning a profit in the short run, we will see the attraction of new firms to the industry since there is potential to earn a profit. In the graph below, we see that the total revenue earned by this firm is $50 and their total costs are only $30. This means that they are earning an economic profit of $20, making other firms interested in entering this industry. 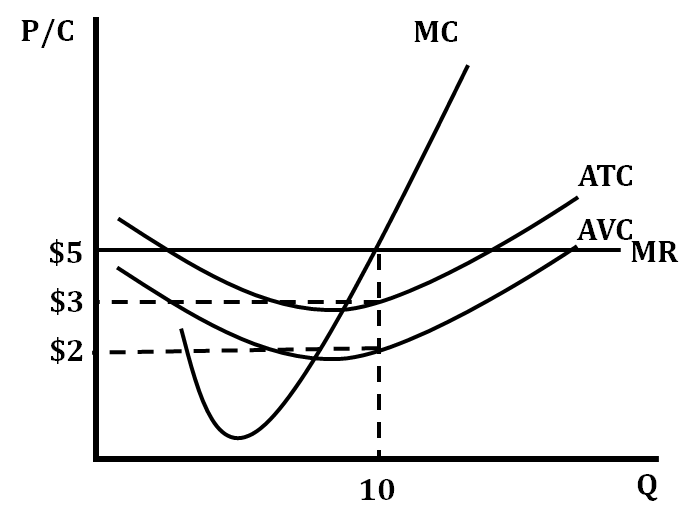