6.4 The Size and Distribution of Cities

The Rank Size Rule is a theory of how large the population of the different major cities are in a country should be. The Rank Size Rule, inspired by Zipf’s Law Applied to Distribution of Cities (1935), says if all cities in a country are placed in order from the largest to the smallest, each one will have a population 1/nth the size of the largest city in the country.

Problems with the Rank Size Rule

The chart below describes the advantages and disadvantages of a Primate City! 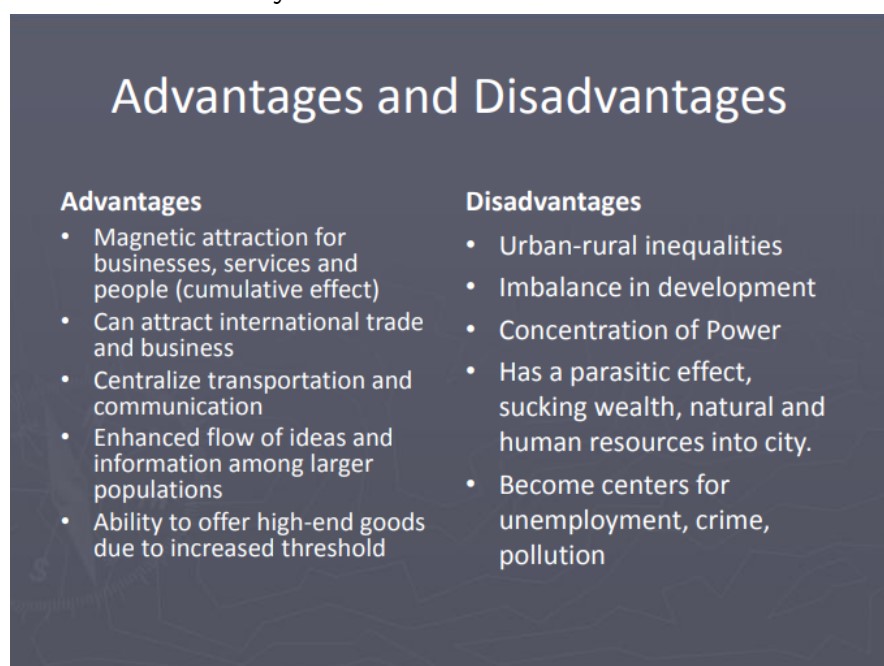