With Spain and Portugal beginning to establish colonies overseas, many other European countries became determined to do the same, causing rivalry between the countries🌊. The Spanish established colonies in the Americas, the Caribbean and the Pacific which made Spain the dominant state in Europe in the 1500s. France, England and the Netherlands later established colonies and trading networks that competed with Portuguese and Spanish dominance in the 1600s.

The Dutch began exploring in the early 1600s and colonized New York, thanks to Henry Hudson and his exploration efforts. Their power led to the creation of the Dutch East India Company in South Africa, resulting in the Dutch taking over many of Portugal’s trading posts.

The Dutch were able to gain power due to political, economic, religious, and societal means. The Dutch had autonomous provinces which were governed by merchant oligarchies, the largest merchant marines in Europe, spread Calvinism, and their religious and intellectual tolerance allowed for economic growth to prosper. 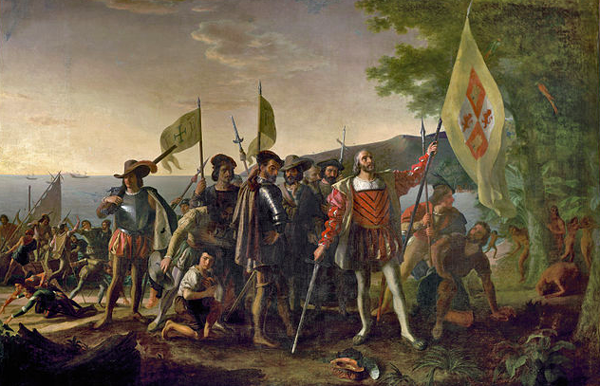 Image Courtesy of Legends of America

The French had three motives behind their explorations: fish, fur, and faith. The French colony of Haiti established profitable sugar plantations with the use of African slaves. They also went to India but were unable to defeat the British and were forced to leave after the Seven Years War.