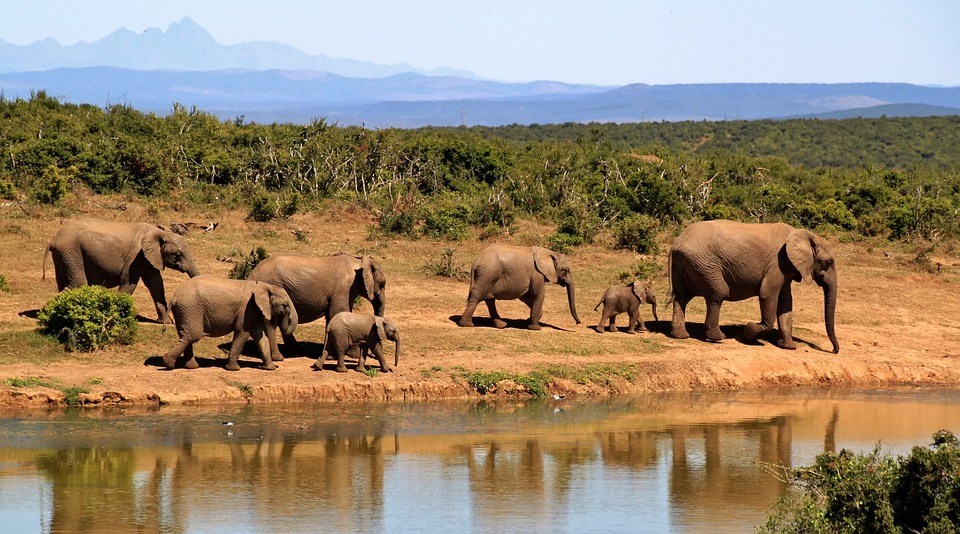 There are many different ways that organisms interact with each other within an ecosystem. In a predator-prey relationship, one animal will kill and consume another animal. Predators play an important role in regulating prey populations.

In order to avoid being eaten, prey have evolved behavioral, morphological, and/or chemical defenses. For example, prey can run away or hide (behavioral), camouflage or attack predators with spines (morphological), or be poisonous to predators (chemical). Sometimes, prey will simply mimic other organisms’ defense mechanisms. For example, most poisonous frogs are brightly colored. Some frogs are brightly colored, but they aren’t poisonous. However, predators will still avoid eating them.

Commensalism is another type of symbiotic relationship that benefits one organism, but doesn’t affect the other organism. A bird building a nest on a tree is an example of commensalism. Commensalisms are more common than mutualisms -- almost all organisms will engage in commensalism simply because they live in a community with other organisms.

Competition occurs when organisms each share a limiting resource. Limiting resources can be food, water, shelter -- for plants, it can be sunlight or nutrients from the soil. When two species each compete for the same limiting resource, they can’t coexist. If both lions and hyenas, for example, eat antelope, then only one species can be dominant; the other species will decline.

Species who vie for the same resource, however, can exist together when they divide up the resource based on their behavior or morphology. This is called resource partitioning. If giraffes eat the leaves at the top of the trees, while gazelles eat the leaves closer to the ground, then they can both occupy the same niche without overlapping.

But, if both antelope and gazelles eat leaves closer to the ground, then evolution is going to favor giraffes, because they overlap less with the niche of other shorter animals. And, the taller giraffe will be able to survive and reproduce, while the shorter giraffe will be in the same boat as the antelope and gazelle and they will die off. This is the process of natural selection that occurs both within a species and between several species that live in the same environment.

A keystone species is a species that is really important to an ecosystem, even though it is relatively low in population. For example, sharks eat lots of diseased fish, and they consume carcasses from the bottom of the ocean. In doing so, they keep the population of smaller fish in check, and they prevent disease from spreading by removing the carcasses. If sharks were removed, fish species would overpopulate the ocean, there would be very few aquatic plants and krill because the fish would eat all of it, and the bottom of the ocean would be filled up with fish carcasses (gross!). So, sharks are a keystone species.

Ecosystem engineers are special types of keystone species that create or maintain habitats for other species. Elephants, for example, leave big paths as they walk through grasslands, which helps to prevent the spread of wildfires, and they dig deep holes that collect water for other species to drink. Elephants also stomp down trees and bushes so that shorter animals can eat them.

Unfortunately, many keystone species are going extinct. Just like an arch, if a keystone species is removed, the whole ecosystem will collapse. This is a big problem that we are facing today.

Practice your typing skills while reading Introduction to Ecosystems