The language you speak is inherently connected to your culture and your personal identity. A group of people that all speak the same language or even the same dialect of the language have their own unique collective identity. In the following subsections, we will explore a few of the most predominant minority languages that exist in the Spanish-speaking world and some of their influences on the majority group.

In Spain, there are three co-official languages recognized in addition to Castilian Spanish. Each is used in a different region of the country.

Catalan and Valencian are considered the same language, just spoken in different autonomous communities. Catalan is a romance language (meaning it has roots from Latin) that first appeared somewhere in the 10th or 11th century. It went through a period of repression by the monarchy that tried to keep uniformity across the empire, but was reborn during the Renaissance in strength and use. Now, it is a co-official language in Cataluña and Las Islas Baleares with over 9.5 million speakers. Catalan is widely taught in schools so many locals are bilingual as a result. Data from the 2011 census shows 73% of the locals speak Catalan in Cataluña, 95% understand it, 56% can write it. It is used in the media and in official government documents. In Cataluña, the language is evident in road names, local businesses and historical landmarks like La Sagrada Família.

Galician is also a romance language and started in the 9th century. It seems like a mixture of Castilian Spanish and Portuguese because of its location. During Francisco Franco's dictatorship from 1939 to 1975, many of the minority languages were prohibited. After his death, Galician (along with the other minority languages) were revived. Nowadays, there are more than 2 million speakers of Galician.

One would think the location of País Vasco, being so close to France, would influence the Basque language to be like a mixture of French and Spanish, but the Basque language is considered an enigma. Linguistically, it has no connection to either language! Some believe it is one of the only surviving indigenous languages of the Iberian peninsula before the Romance languages were introduced to the area. Because of its age, there is little known about the origin of the language. There are very few overlapping words between Castilian Spanish and the Basque language. Because geographically, the Basque region is smaller and a lower percentage of the autonomous community's population actively speaks Basque, the number of speakers throughout history has been less than the aforementioned minority languages; today there are only around 1 million native speakers. Inside of País Vasco, many public signs are written or labeled in both Castilian and Basque because there is a local pride and continued push for reviving more bilingual speakers. 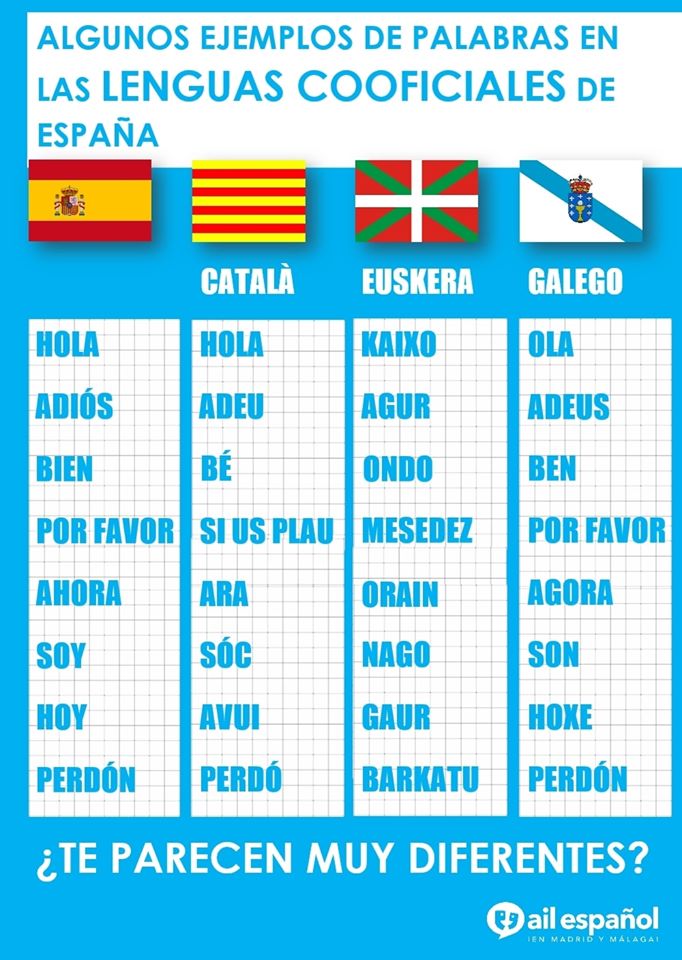 📹Sylbo, The Last Speakers of the Lost Whistling Language | TIME

There are over 600 indigenous languages spoken in Central and South America. Many of these are endangered. 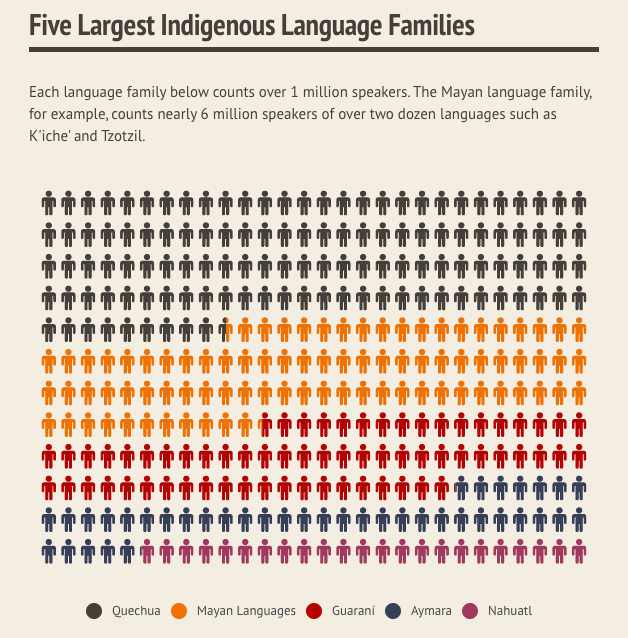 The Náhuatl language originated in present day southern México and was used by the Mesoamerican Mexica civilization (AKA Aztecs). Since this civilization dominated the region for centuries, the number and geographic coverage of the population kept the language strong until the introduction of Spanish by the conquistadores in the 15th century. Before the arrival of the Spanish, the written language was mostly pictograms and ideograms. The Spanish used the Latin script to write down what they heard the Mexica saying, so some spellings are subjective. Nowadays, there are approximately 1.5 million speakers of Náhuatl.

The Guaraní language is native to Paraguay, Bolivia, Argentina and Brazil and is an official language of Paraguay where a majority of the population speaks it along with Spanish. It is a point of pride for many Paraguayans and throughout history has been used as a mode of communication to distinguish locals from their enemies.

Quechua is the language of the Incas from the Andean region. Speakers are mostly located in what is now Perú, Bolivia, Ecuador, Colombia and Argentina. It is recognized as an official language in Perú and Bolivia. The language has been alive since before common era. Today, exact numbers of speakers is hard to clarify because some speakers live in remote areas and don't participate in all reporting; the best estimate is over 10 million speakers.

Aymara or aimara, is a language spoken in Bolivia, Perú, Chile and Argentina. It has some similarities to quechua possibly because of the overlap in geographic location. There are over 2 million speakers nowadays, but this language is considered threatened because of the decline in number of speakers. Many children are tending to switch to only Spanish because of globalization and social advancement.