4.3 Conservation of Linear Momentum and Collisions 🎱

4.3: Conservation of Linear Momentum and Collisions 🎱

💡 The total momentum, magnitude, and direction are conserved in a system unless acted on by an outside force. This law of conservation can also be written as:

The initial momentum is equal to the final momentum, if there was no impulse.

⚠️So...why is momentum conserved in a collision?

Below is an example of a scenario before and after, where momentum is conserved:

Here's a fun interactive cart lab you can mess around with! Check out the different types of collisions and how velocity and mass affect the system. 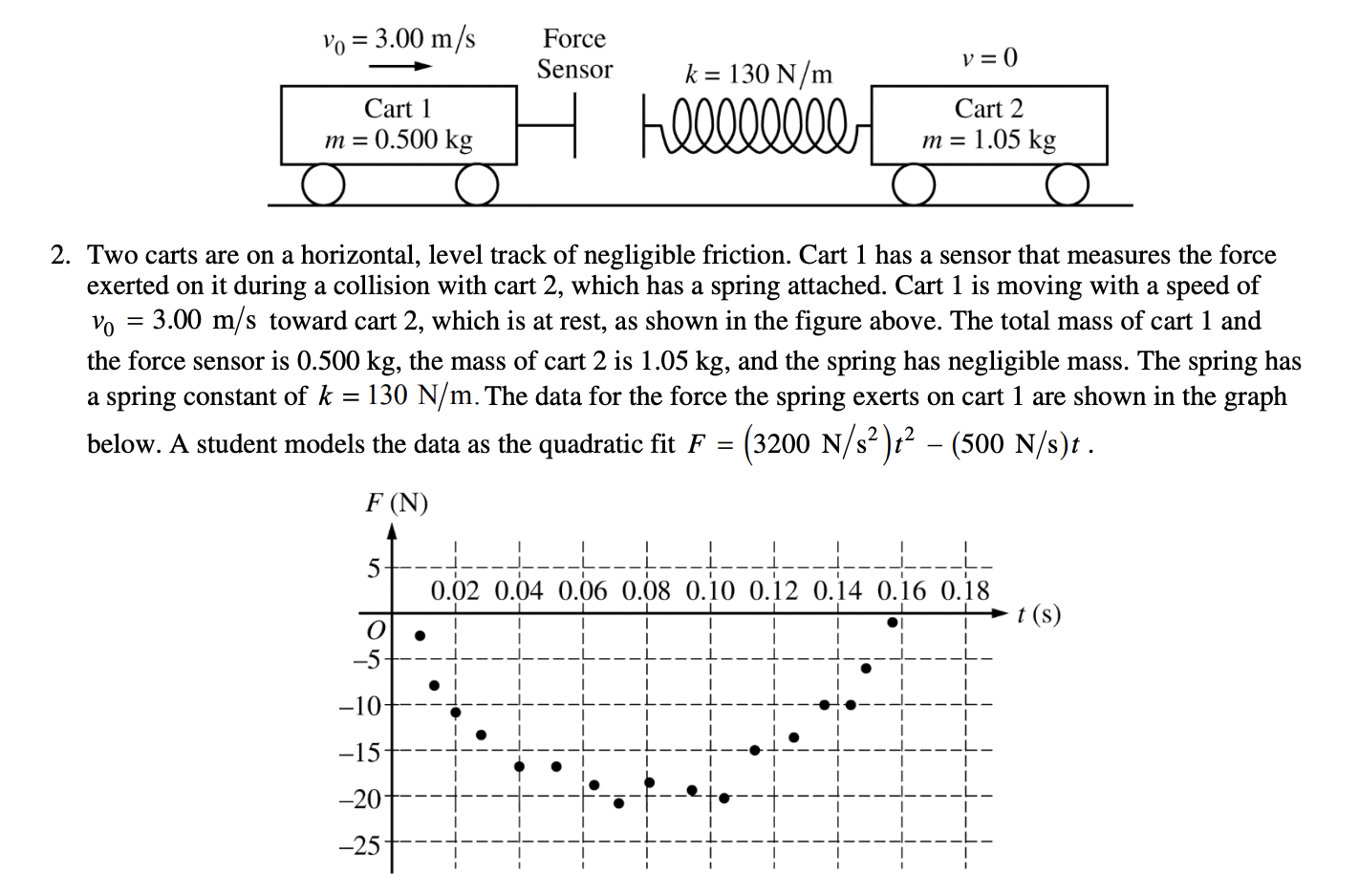 (For part 1 you'll need the answer for part a of this question, which is -2.03 N*s) Answer: Impulse is equal to the change in momentum, and in this scenario mass is not changing so we can look at this problem with initial and final velocity. Remember that velocity is a vector, so positives and negatives represent direction! 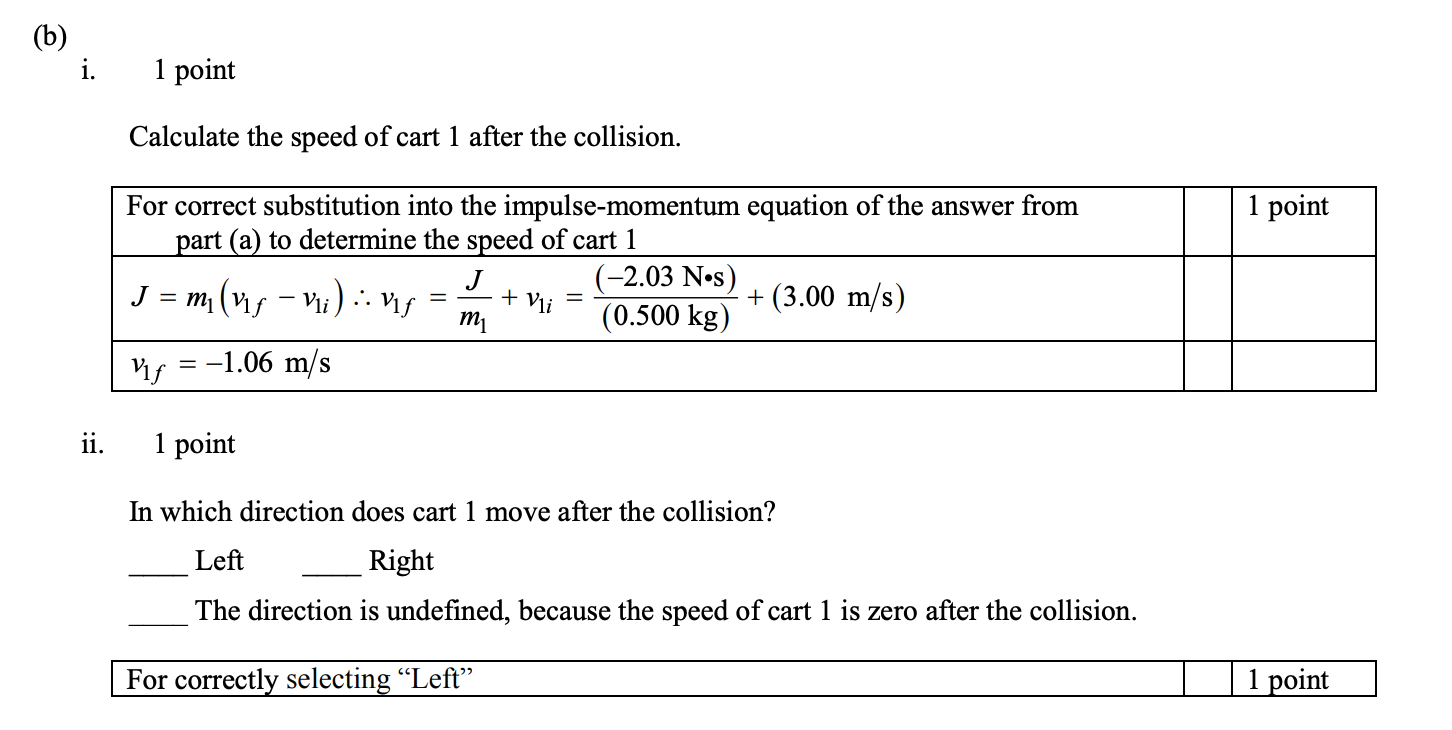 Use conservation of momentum to calculate the speed of cart 2. Then, you should recall that kinetic energy is conserved in elastic collisions. 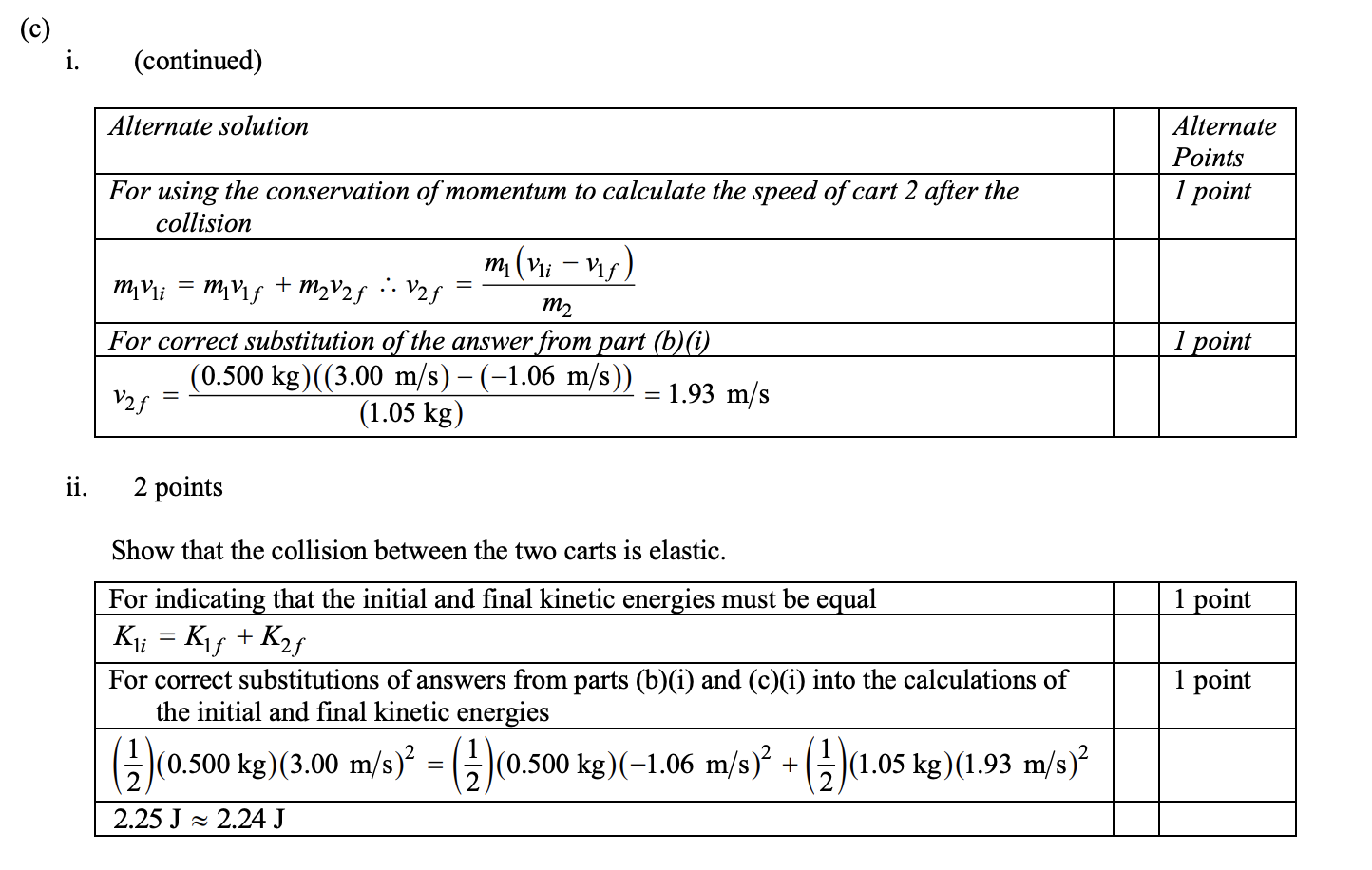